“Today is the day I am getting my freedom back,” Cohen told a courtroom in Manhattan’s southern district on Wednesday morning. “I have been living in a personal and mental incarceration ever since the day that I accepted the offer to work for a real-estate mogul whose business acumen I admired.”

Trump’s longtime fixer re-echoed these sentiments during an ABC interview with George Stephanopoulos, which aired on Friday morning.

“How does it feel today?” asked the network anchor, referencing Cohen’s legal verdict and cooperation with the special counsel.

“Like I have my freedom back,” said the newly convicted felon. “It’s been very rough to be before the court with my family in attendance… It was a very rough day.”

Cohen went on to say that he lied on Trump’s behalf for more than 10 years “out of loyalty.”

TOMORROW: AN @ABC EXCLUSIVE: Michael Cohen sits down with @GStephanopoulos, speaking out for the first time since being sentenced. What will he say? Watch the exclusive interview tomorrow only on @GMA. pic.twitter.com/GpHHMLS8RE

“I have my freedom and I will not be the villain… of his story,” continued the attorney. “I gave loyalty to someone who truthfully does not deserve loyalty.”

Cohen pleaded guilty on Wednesday to violating campaign finance laws with hush payouts to women and for lying to Congress about the timeline of his deliberations regarding a Trump Tower real estate deal in Moscow.

In an interview with The Daily Beast on Wednesday, the president’s legal counsel Rudy Giuliani dismissed the gravity of Cohen’s guilty plea, saying his payments to women on behalf of Trump did not constitute a “big crime.”

“Nobody got killed, nobody got robbed,” said Giuliani. “This was not a big crime.” 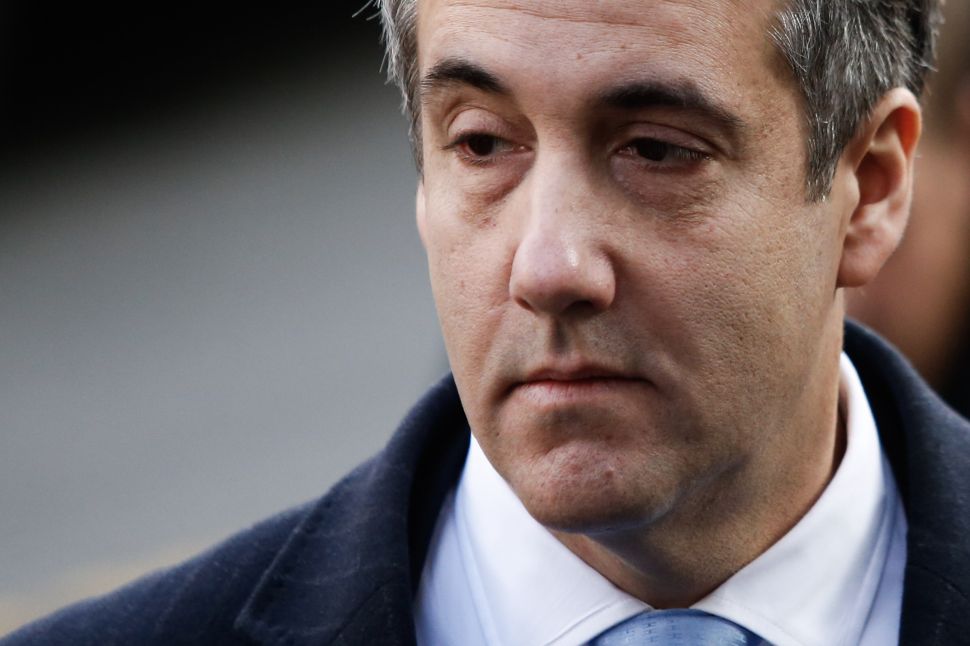