No aspect of the scandal surrounding President Donald J. Trump’s hidden relations with Russia has been more controversial than the reputed summer 2016 trip to the Czech Republic by Michael Cohen, Trump’s longtime consigliere. Now, a confluence of intelligence that’s found its way into the hands of special counsel Robert Mueller may finally provide some long-awaited answers.

As reported in the contested dossier compiled by Christopher Steele, the former British senior intelligence officer and Russia expert, Cohen sojourned to Prague in late August or early September of our election year to secretly parley with Kremlin representatives. In Steele’s telling, Cohen went to the Czech Republic to deliver cash to Russian hackers to help swing the 2016 election Trump’s way. This account, if true, describes unambiguous collusion between the Trump campaign and the Kremlin—exactly what the president has always denied occurred. If Cohen met with Russian spies in the late summer of 2016 to conspire against Hillary Clinton, that’s something a lot of Americans would term treason.

But did it happen? Cohen has always denied it did, while Team Trump have gone out of their way to attack the story, and Steele generally. Except Steele never claimed that everything in his dossier was corroborated. It’s raw human intelligence, taken from sources Steele couldn’t always talk to directly, and it undoubtedly includes some Russian disinformation. In particular, the Kremlin has spread lies about the Prague meeting, which indicates there may be something they’re trying to hide there.

Given its sensational nature, the Cohen-in-Prague story has never gone silent in the two years since it broke, and it jumped back on the front pages yesterday with a McClatchy report asserting that phone records provide evidence that Cohen indeed was in the Czech Republic in the late summer of 2016. Per the story, a mobile phone traced to Cohen “briefly sent signals ricocheting off cell towers in the Prague area…records show that the brief activation from Cohen’s phone near Prague sent beacons that left a traceable electronic signature.”

Cell phones do create such records that can be traced, but McClatchy’s bombshell doesn’t really add much to what we already know here. Plus it cannot be ruled out that somebody else had one of Cohen’s many phones (in their spring 2018 raid on Cohen’s home and office, the FBI seized 16 phones). When you add into the mix the fact that sophisticated intelligence services can spoof phones, creating false data, the headlines here don’t add up to all that much.

Cohen, predictably, issued more denials. He’s mostly been laying low since he went to Federal court earlier this month and admitted his guilt in several crimes, receiving a three-year prison sentence. Yet he took to Twitter yesterday to proclaim: “I hear #Prague #CzechRepublic is beautiful in the summertime. I wouldn’t know as I have never been. #Mueller knows everything!”

Cohen’s strong track record of public dissimulation and outright lies means none of his statements should be taken at face value without independent corroboration, particularly in light of his statement to the Wall Street Journal in January 2017, when the Prague allegation broke, that he hadn’t been to the Czech capital since 2001.

Besides, the important part of the McClatchy story isn’t the cell phone data, rather indications that friendly spies had information about the reputed Prague trip. As the report states, “[in] late August or early September, electronic eavesdropping by an Eastern European intelligence agency picked up a conversation among Russians, one of whom remarked that Cohen was in Prague.” In other words, a friendly spy service picked up signals intelligence that may corroborate the Steele dossier.

In the SIGINT world, such tells are called “reflections” and they happen all the time. They’re not hard evidence, yet they are intriguing. If Russians—particularly prominent or well-connected ones—believed that Michael Cohen was visiting the Czech Republic when it’s claimed he was, that’s an important fact, even if far from decisive proof. That unnamed Eastern European intelligence agency shared their Cohen SIGINT report with American counterparts some time ago, my sources tell me, and it’s in the possession of Robert S. Mueller, III and his Special Counsel investigation.

In addition, the National Security Agency, our own eavesdroppers, intercepted at least one similar piece of intelligence back in the late summer of 2016. As an NSA official told me, this SIGINT was highly classified and involved “senior Kremlin types” mentioning that Michael Cohen was in Prague. It was “office chit-chat, really,” explained the NSA official, and it included no details of what Cohen was doing in the Czech Republic, yet “these Russians stated it as a fact” that the Prague trip happened when the Steele dossier said it did.

Multiple intelligence reflections provide tantalizing clues in this mysterious case. Taken together they may indicate that the secret meeting in or around Prague indeed happened. However, Russians being Russians, it cannot be ruled out that this is one more cagey Kremlin ruse to fool Western spies—SIGINT deception does happen sometimes. Yet the NSA official indicated that such deception was unlikely in this case, given the nature of the top-secret intelligence operation that netted the intercept.

This may all come down to what Mueller knows versus what Cohen has told him about the reputed Prague meeting. Mueller really does know everything here, as Cohen tweeted yesterday, and it would be very unwise of Cohen to lie to the Special Counsel investigation about his travels and activities on behalf of his former client—particularly anything involving Kremlin representatives.

This controversial case forms a cornerstone of the Trump-Russia inquiry. Resolving it will go a long way to establishing if there was direct collusion between our 45th president and the Kremlin in 2016. Was the Prague trip the centerpiece of Trump’s clandestine collusion with Moscow—or one more elaborate Russian disinformation scheme to muddy waters and render American politics even more divided and nasty? We may know soon. 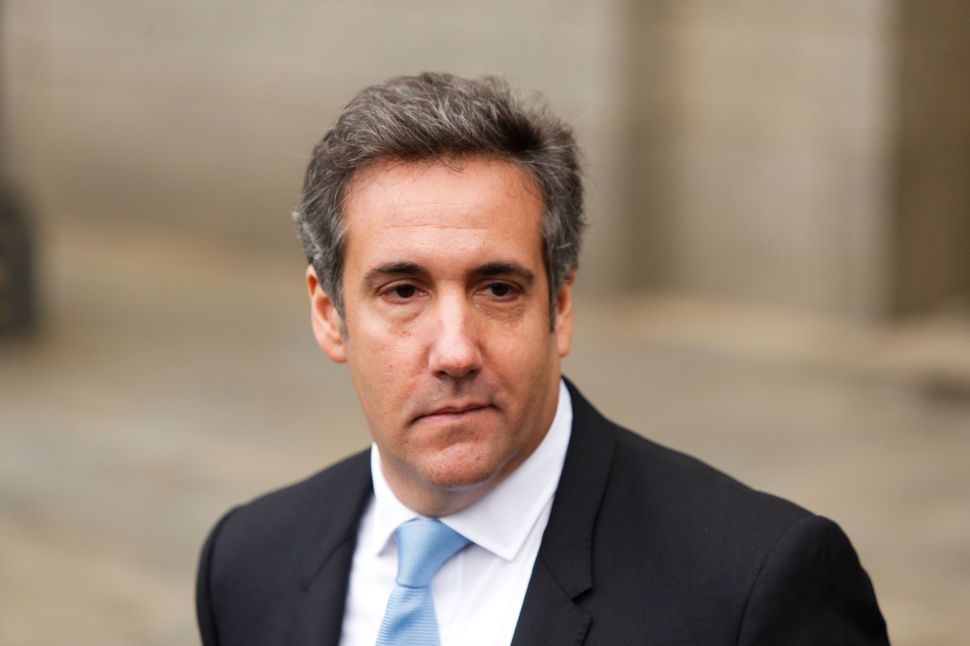