Each of the 16 Myers-Briggs personality types approach love and intimacy differently. While some are open and vocal about what they do behind closed doors, others are more hesitant to divulge their intimacy preferences. Fortunately, a study recently conducted by Superdrug Online Doctor surveyed over 1,000 individuals to get down to the bottom of what each personality type is up to in the bedroom. From preferred positions to frequency of sexual activity, the data is finally in on which types are up to which dirty deeds.

When it comes to an overall appetite for adventure, extroverted types took the cake.

But what exactly does appetite for adventure mean? Chances are, the term differs from type to type. To break things down even further, the following data was gathered about the specific preferences and intimacy quirks of each personality type.

ENFP — Most Willing to Experiment With the Same Gender

ENFPs are known for being curious, adventurous and open-minded—and these traits translate into the bedroom. Of all 16 personality types, ENFPs ranked as the most willing to get down and dirty with a member of the same sex. Whether it’s a lasting orientation or a one-night stand, ENFPs are the most likely to indulge any sense of curiosity that they feel toward members of their own gender.

INFP — Most Difficult to Satisfy in Bed

INFPs are known for having a rich but private inner world—and this may transfer into the bedroom. Of all 16 personality types, INFPs ranked as the most unsatisfied with their sex lives. Is this because they’re cautious about trying new things? Or is it because their deep inner world contains some fantasies outrageous enough to make the average partner blush their way out of the bedroom? We’ll leave it up to any INFPs out there to let us know.

ENFJ — Second Most Willing to Use Toys

ENFJs aren’t shy when it comes to pleasing their partners. This type ranks as the second most likely to embrace sex toys as a means of enhancing their sexual experience. Tirelessly unafraid of the unconventional, it won’t take much convincing to get your ENFJ partner out the door and into the aisles of a sex shop, orchestrating your next intimate adventure.

ESFP — Least Willing to Experiment With the Same Gender

While ESFPs are endlessly curious and open-minded in most of their pursuits, this tendency may not extend to same-sex experimentation. In this study, ESFPs ranked as the least likely personality type to experiment with a member of the same gender. Of course, this doesn’t mean it never happens—just that ESFPs are, on average, more focused on exploring other aspects of their sexuality.

ISFP — Second Most Likely to Be Mistaken About Their Sexual Preferences

ISFPs exist in a constant state of change, and this tendency extends to their sexual preferences. Second most likely to be mistaken about what and who they like, this type may have a long and unexpected journey toward sexual satisfaction—something any open-minded partner will appreciate immensely.

ISFJs are big fans of what’s tried and true—and this tendency extends into the bedroom. It’s not that this type isn’t invested in keeping their sex life thriving, it’s just that they’d rather excel at what they know works instead of wasting time trying what might not.

ESTP — Most Likely to Enjoy 69

ESTPs are not afraid to try new things, including sexual positions that require a bit of flexibility and focus. This type ranked as the most likely to enjoy the mutually satisfying 69 sex act. They also came in as least likely to be mistaken about their sexual preference. What can we say? ESTPs knows what they like. And they aren’t afraid to ask for it.

ISTPs live in a world of sensual pleasures—and what’s more pleasurable than getting down and dirty with multiple partners simultaneously? Give this type a call if you’re interested in adding a third party to your sexual endeavors. Statistically, they’ll be the most likely to want in.

ESTJs go for what they want in life, and their sex life serves as no exception. This personality type ranked highest for frequency of getting it on. Whether it’s a series of monogamous relationships or a number of one-night stands, ESTJs can’t be accused of sexual inactivity. These types top the charts not only for frequency of activity, but also for sexual satisfaction in general.

ISTJ — Least Likely to Vocalize What They Want in Bed

ISTJs are known for their commitment to pursuing excellence—but that doesn’t necessarily mean they know how to ask for it. This type ranked as the least likely to be open and vocal about what they like in the bedroom. As far as what it is that they want but won’t ask for… that’s up to the ISTJ to let us know (or not).

ENTJ — Most Willing to Use Sex Toys, Role Play and Participate in Bondage

In typical ENTJ fashion, this type seemed willing to try almost anything once. Coming in as the top contender for using sex toys, role play and bondage, you certainly can’t call the ENTJ type vanilla. This personality type also ranked highest on overall appetite for adventure and second highest for most sexual satisfaction. It’s no wonder E.L. James wrote the infamous character of Christian Grey as an ENTJ personality.

Surprisingly, INTJs didn’t top the charts for many specific preferences, but they did show a strong partiality for the doggy style position. Is it the pure practicality of this position that attracts the logical INTJ to it? Or are they keeping their true preferences a secret? We’ll leave it up to them to let us know.

While everyone’s preferences differ, what does this say about each type’s overall satisfaction? Apparently a decent amount.

With ESTJs topping the charts as “most sexually satisfied” and INFPs ranking as the least, you have to wonder—which sexual activities are each of the types focusing on? Luckily, we have info on that as well!

Most of us aren’t sure whether or not it’s appropriate to ask about someone’s personality type on a first date, but we now have one more strong incentive to do just that! For additional information on each type’s quirks, preferences and preferred positions, check out the full breakdown of Superdrug Online Doctor’s findings here. 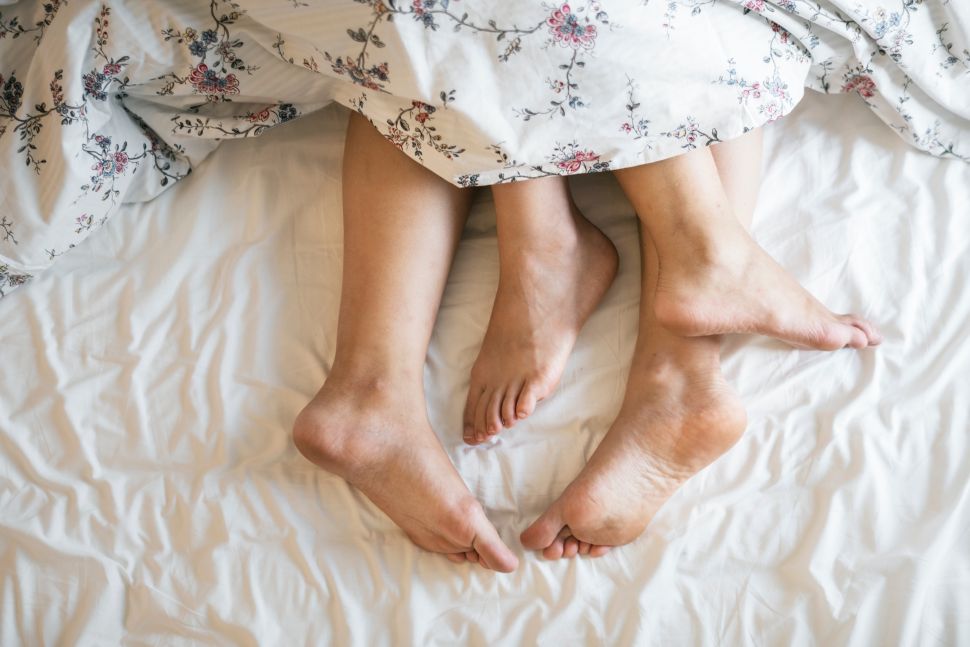