Much like your cheap uncle when it comes to Christmas presents, Netflix is notoriously stingy about its highly-guarded viewership data. The streamer keeps a tight lid on its ratings, forcing us to do deep-dives into its most popular original shows and its most binge-watched original series. That’s not easy considering the 1,000 original TV shows and films the platform released in 2018 alone. But what about the shows Netflix didn’t create itself? How popular is the streaming company’s licensed content from other sources? Which of those TV shows is the most-watched of all and how do they compare to Netflix’s flagship original series?

To answer these questions, Recode ranked Netflix’s offerings based on data sourced from Jumpshot in order to discover what the streamer’s most-watched shows are. While many of the titles are obvious contenders, it’s worth remembering two caveats here:

With that in mind, the five most-watched Netflix offerings, in terms of percentage of all Netflix views, include: The Office (7.19 percent), Friends (4.13 percent), Parks and Recreation (2.34 percent), Grey’s Anatomy (2.11 percent) and New Girl (1.65 percent). You can find Recode and Jumpshot’s full chart below. 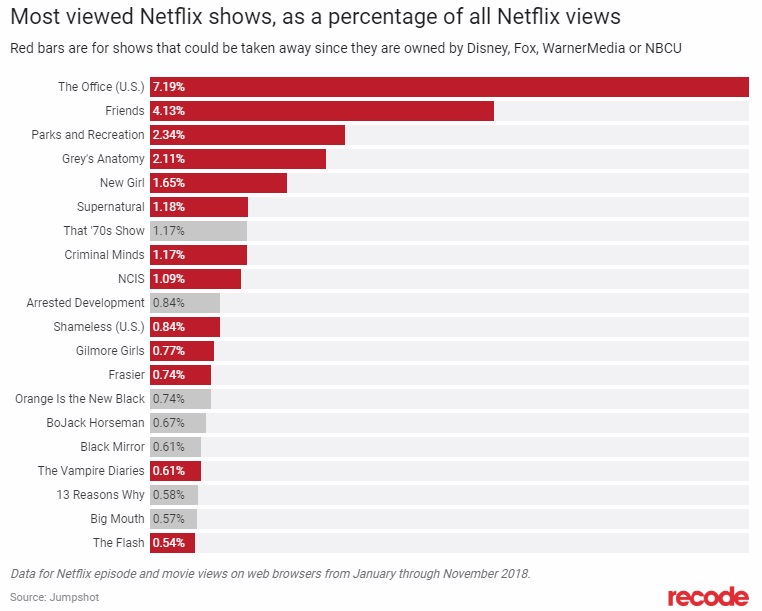 Although Netflix continues to prioritize original programming over licensed content, it’s clear that third-party series compose a significant chunk of its audience’s viewing. There’s a reason the streamer struck an $80 million deal to keep Friends in its library through 2019 (and it wasn’t just because we all love Phoebe Buffay). However, as noted in the chart, the increasingly competitive streaming wars will pose a threat to Netflix’s endless library in the near future.

We’ve known for some time now that Disney will be removing much of its marquee content like Marvel and Star Wars from Netflix in advance of its own streaming service, Disney+, arriving next year. As the Mouse House also takes control of Fox, the latter studio’s offerings will likely be re-routed elsewhere. Similarly, WarnerMedia is developing its own direct-to-consumer service for 2019 and is expected to strike a content-sharing deal with NBCUniversal to help populate it.

In short: Netflix could be looking at a mass exodus of content over the next few years, so the streaming giant better hope it can continue to churn out high-quality originals. 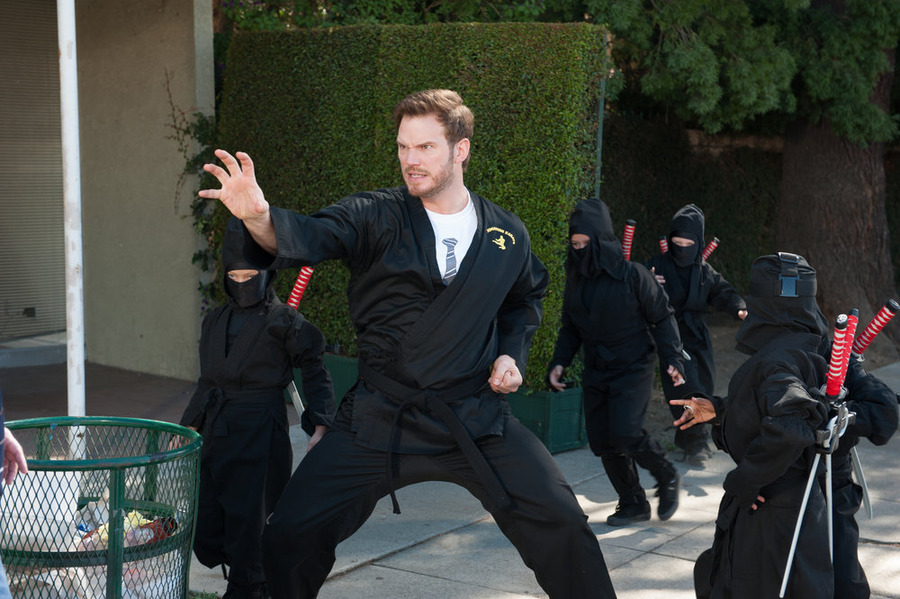