After a former volunteer for Gov. Phil Murphy’s campaign testified Tuesday that top administration officials ignored her allegations that she’d been raped by a high-powered member of the governor’s campaign staff, Murphy issued a statement saying he admired her bravery.

But Murphy might have to say more, as legislative leaders of his own party are holding out the possibility that the first-term Democratic governor might be called to testify about his response to the scandal.

State Senate Majority Leader Loretta Weinberg, who heads the special legislative committee conducting the investigation into the administration’s response and hiring practices, said Tuesday that Murphy might be called to testify, according to reports on NJ.com.

“We have not reached a conclusion of how far up this actually got,” Weinberg said, according to the report.

Former campaign volunteer Katie Brennan, now chief of staff to the New Jersey Housing and Mortgage Finance Agency, testified that she had reached out to numerous members of Murphy’s administration and transition team but did not get any action on her complaints until she took her story to the Wall Street Journal, according to reports. Brennan said she reached out to Murphy and his wife, asking to discuss “a sensitive matter,” and while the governor responded he was “on it,” he never followed up, according to reports.

Brennan claims she was raped by Albert J. Alvarez, who worked on Murphy’s campaign and was later rewarded with a high-paying job as chief of staff to the New Jersey Schools Development Authority. Alvarez, who denies the allegations and was never criminally charged, resigned the post after the Journal began investigating the story.

Brennan said she immediately sought to have criminal charges brought against Alvarez after the alleged April 2017 assault, but the Hudson County Prosecutor’s Office declined to pursue the case.
Hudson County Prosecutor Esther Suarez later said she has personal relationships with Alvarez and Brennan but had no input in her office’s decision not to prosecute him. State Attorney General Gurbir Grewal, who was appointed by Murphy, last month said his office found no evidence Suarez acted improperly. Brennan said the Attorney General’s Office did not contact her as part of its investigation. Grewal told the state legislature his office’s investigation precluded it having to investigate the situation, according to reports.

Murphy, who in September took Republicans to task for their treatment of Dr. Christine Blasey Ford, who accused then-U.S. Supreme Court nominee Brett Kavanaugh of assaulting her, on Tuesday issued a statement commending Brennan’s “courage, bravery, and leadership.”

“She is right: no one should have to go through an ordeal to have their voices heard,” Murphy said. “We must stand with survivors of sexual assault, and we must start from a place of believing the accuser.”

However, in her testimony before the legislative committee, Brennan said she’d told her story to top officials throughout state government without any response until she went to the media.

“Somehow it wasn’t a priority to address my sexual assault…until it impacted them,” she said, according to reports. “No survivor should have to tell their story to the newspaper to be heard.”

Quote of the Day: “I had access to people in the highest positions of power in the state of New Jersey, and at each turn, my pleas for help went unanswered,” — Katie Brennan, who says top members of Gov. Phil Murphy’s administration failed to act on her claims she was raped by a campaign official who was later given a high-paying state job.

Phil Murphy May Be Called to Testify Before Lawmakers Investigating Handling of Rape Allegations
State lawmakers investigating Katie Brennan’s allegations that Gov. Phil Murphy’s administration kept an accused rapist on as a senior staffer suggested Tuesday they may call the governor to testify.
NJ.com Read more

After Katie Brennan Says Her ‘Pleas Went Unanswered,’ Murphy Commends Her ‘Bravery’
Gov. Phil Murphy said he admires the “courage, bravery and leadership” Katie Brennan showed Tuesday during her hours-long testimony that she had been raped by a campaign official.
NJ.com Read more

Murphy’s Reputation Faces Test as Legislative Inquiry Begins
State lawmakers on Tuesday will begin a major investigation into Gov. Phil Murphy’s administration, hearing directly from a state official who says aides to the governor ignored her repeated attempts to draw attention to the hiring of a man she has accused of raping her.
Politico Read more

Dirty Joke Broadcast on N.J. Highway Sign. How Was the System Hacked?
A flashing video sign on I-80 in Hackensack offered drivers something more suggestive than the routine safety message on Sunday after someone hacked into the control box.
NJ.com Read more

What Jersey’s Freshmen Want House Democrats to Focus on When They Take Over
New Jersey’s freshman Democrats want the new House Democratic majority to spend its time passing legislation on health care and other topics rather than spending their new-found power investigating President Donald Trump.
NJ.com Read more

Want to Dispute Onerous Rules? Bill Would Allow Small Businesses to Do Just That
There are already laws in place to help cut red tape for small businesses, but as of yet there is nowhere for employers to turn when they feel burdened by government rules.
ROI-NJ Read more

Cardinale: N.J. Legislators Who Care About Public Safety Must Vote ‘No’ on Legalized Pot
At the Nov. 26 committee hearing in Trenton on legalizing marijuana, passion ruled the day. Logic was on vacation.
Asbury Park Press Read more

Editorial: Has Bail Reform Been a Success? Check the Crime Numbers, Then Decide
The new bail system that kicked in 23 months ago, lest anyone forget, had its critics. In particular, the powerful bail bond industry spent years spewing forecasts of civic mayhem, arousing fear that revolving doors in our jails would trigger a crime spike that will surely turn New Jersey into a giant Detroit.
NJ.com Read more 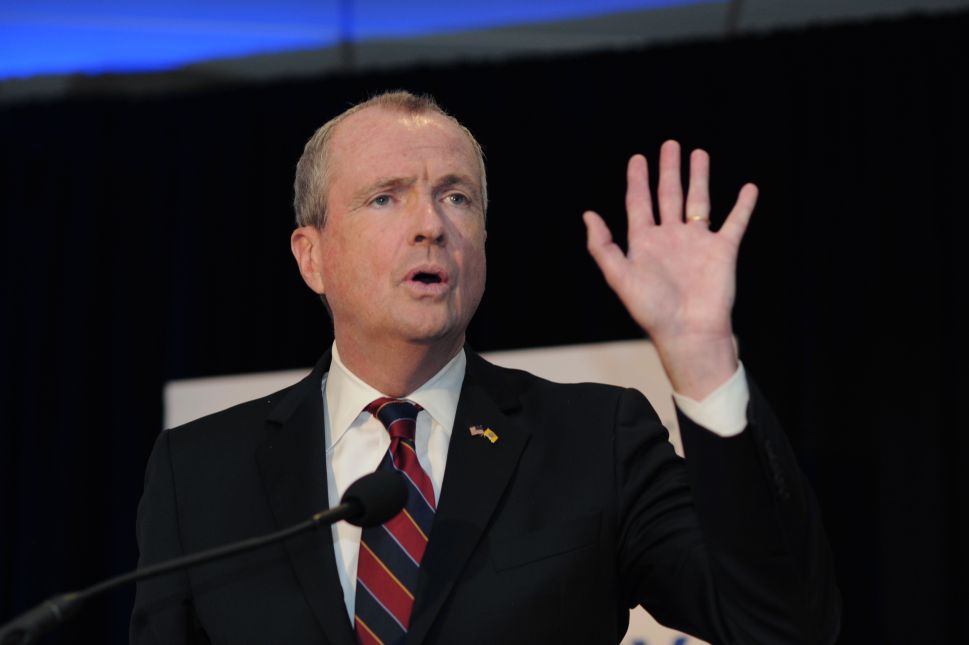