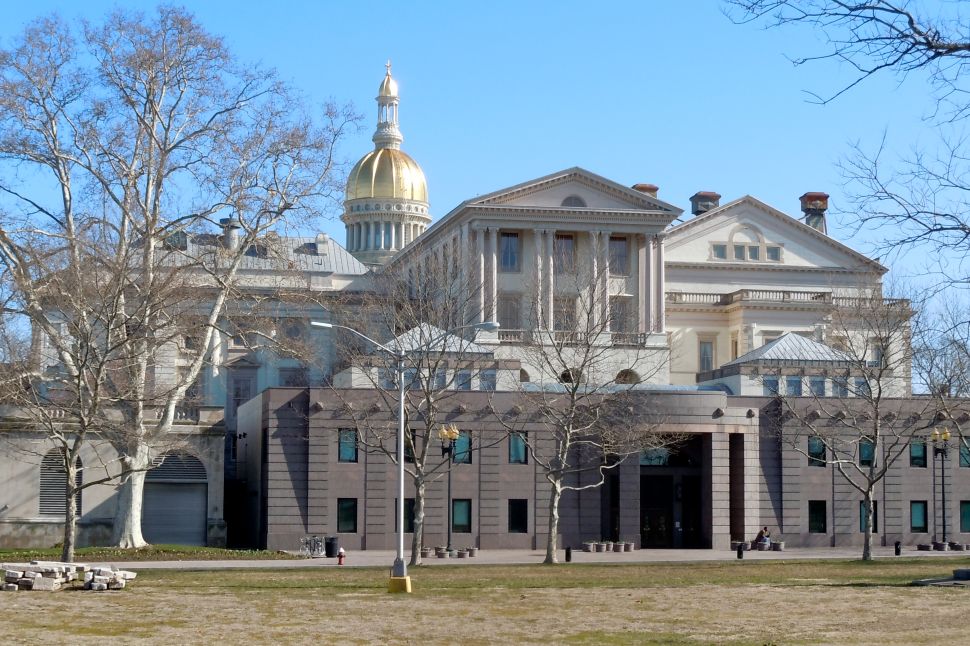 On Wednesday, Gov. Phil Murphy refused to rule out a tax increase as he makes to implement his progressive agenda.

Even though the state is among the top in the nation for overall tax burden and outward migration, Murphy says New Jersey hasn’t done enough to achieve his goal of “tax fairness,” according to a report in Politico.

Murphy, who was stymied by blowback from his own party for his plan earlier this year to raise taxes by $1.7 billion, said Wednesday he would leave “everything…on the table,” when it came to raising taxes in coming budget plans, according to Politico.

Murphy said he was working to ensure tax fairness for the state’s middle class as well as “the working poor and those in poverty who dream to get into the working class.”

But members of Murphy’s own party have said that when speaking of the state’s middle class, Murphy often seems to be referring to those in public unions rather than the large majority of state residents who routinely list high taxes as among the greatest challenges facing the state.

Senate President Steve Sweeney and Assembly Speaker Craig Coughlin have both pushed back against Murphy’s efforts to raise taxes on high wage earners, saying the state should instead be examining ways to cut spending. Coughlin has said he would not support any future tax increases.

Murphy said that while he’d “like to deliver tax relief to certain communities in our state,” he didn’t seem to be holding out much hope that the state’s middle class could expect to see their taxes reduced, Politico reported.

Murphy has often said that state residents won’t mind paying even more in taxes if they feel they are getting their money’s worth in state services.

Quote of the Day: “I don’t understand that level of dysfunction that takes six, seven months for it to close,” — Democratic State Sen. Teresa Ruiz, on why it the Murphy administration didn’t take action against a highly placed state employee accused of rape. The official, Albert J. Alvarez, didn’t resign his highly paid state position until the Wall Street Journal started pursuing the story. Alvarez has said he is innocent of the allegations.

Murphy Won’t Rule Out Tax Hikes
Gov. Phil Murphy said Wednesday he may propose new tax increases when he unveils his budget in March, saying he’s worried that the state has not done enough to achieve what he called “tax fairness.”
Politico Read more

New Jersey Challenges ACA Ruling
New Jersey joined California and 15 other states this week in opposing a ruling by a federal judge in Texas that found the Affordable Care Act—through which more than 700,000 New Jersey residents have obtained health coverage—to be unconstitutional.
The Record Read more

Murphy: Platkin Urged Me to Delegate Issues Like Assault Claims
Gov. Phil Murphy said he thinks he was advised by his chief counsel not to take meetings like the one requested by Katie Brennan, who had contacted the governor in June in hopes of telling him that she was raped by Al Alvarez.
Politico Read more

Stile: Sexual Assault Probe Raises More Questions Than Answers
Pete Cammarano insisted under oath Tuesday that his boss, Gov. Phil Murphy, was kept out of the loop about allegations of sexual assault swirling through his administration.
The Record Read more

What Phil Murphy Said After Second Hearing on Brennan’s Assault Allegation
A day after the second public hearing on how his team handled Katie Brennan’s rape allegations against a former top administration official, Gov. Phil Murphy on Wednesday said he still has “no reason to believe” his staffers broke policy in how they responded.
NJ.com Read more

Workplace Lawyer Explains How NJ Could Have Been Liable If It Didn’t Hire Him Because of Assault Allegation
If a selected “at-will” employee is accused of sexual assault and a law enforcement body investigates but decides to not pursue charges, should that employee still be hired?
ROI-NJ Read more

Feds Eye Move to Regulate Legal Sports Betting
A pair of U.S. senators from opposing parties is proposing that the federal government take back control of sports gambling in America, the first formal move by Congress after a Supreme Court ruling reopened a complex debate over fans betting on games and who controls the action.
Associated Press Read more

Bridgegate: Prison Sentences Delayed for Former Christie Aides
A federal judge has agreed to delay prison terms for two associates of former Gov. Chris Christie as the pair continue to appeal their convictions related to the Bridgegate scandal.
The Record Read more

Cory Who?
More than half of U.S. voters don’t know U.S. Sen. Cory Booker well enough to form an opinion of him, and remainder are split over what they think of him.
NJ.com Read more

NJ Police Fatal Encounters: Who Should Investigate?
How many degrees of separation are enough when investigating a fatal encounter with police or a death while in law enforcement custody?
Asbury Park Press Read more

$1B in Road Projects Coming to NJ in 2019
Over the next three months, the state Department of Transportation will issue more than $500 million in construction contracts. The New Jersey Turnpike Authority, which manages the Turnpike as well as the Garden State Parkway, is issuing more than $600 million in construction contracts between the end of this month and March of 2019.
NJ101.5 Read more

State Rejects AC Offshore Wind Project for Third Time
The state has once again rejected a plan to build a small pilot offshore-wind project off Atlantic City, a decision seemingly at odds with the Murphy administration’s commitment to make New Jersey a national leader in an emerging clean-energy sector.
NJSpotlight Read more

Months Later, Future of Howell Homeless Camp Still in Limbo
Just as they did over the summer, residents of a homeless camp along Route 9 South are wondering how long they’ll be able to stay on the land and where they’ll go next when their time is up.
NJ101.5 Read more

Franklin Democrats Vote to Censure Councilman
The future of a Franklin Township Councilman remains unclear after the council voted to censure him after he “engaged in multiple actions in his official capacity as an elected official that are improper for a person in his position.”
NJ.com Read more