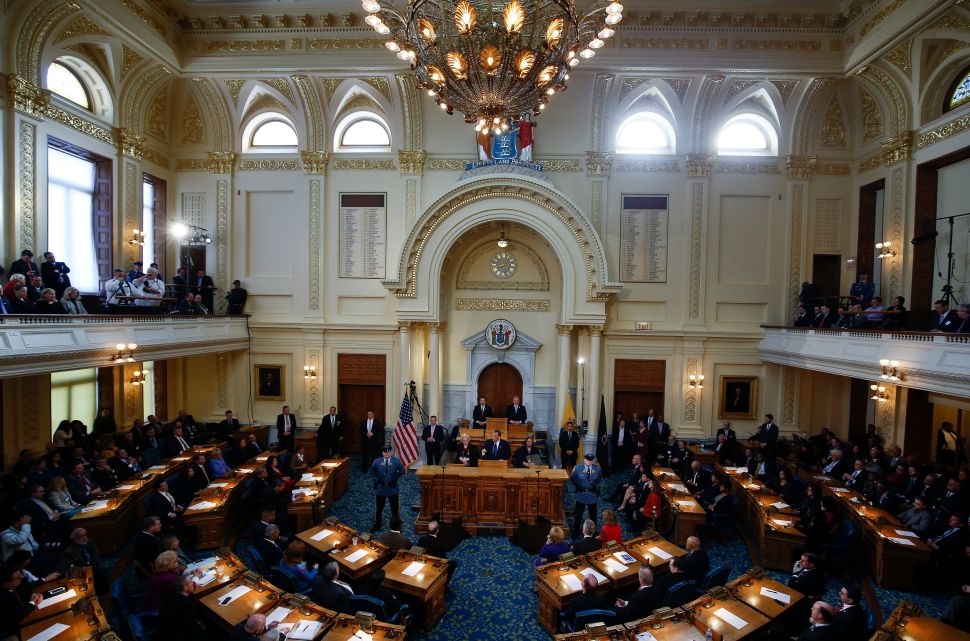 Gov. Phil Murphy and the leaders of the state legislature have all committed to raising the state’s minimum wage to $15 per hour. They just can’t agree how to get there.

As they debate, NJ101.5 points out, the state minimum wage will rise on Jan. 1 to $8.85 under a measure approved by state voters tying hikes in the minimum wage to the rate of inflation.

That’s a 2.88 increase, according to NJ101.5, reflecting hikes in the Consumer Price Index for the year ending August 2018.

That, apparently, is not enough for Gov. Phil Murphy, whose “Stronger, Fairer” progressive agenda is pushing for a faster hike to $15 per hour. But Murphy’s fellow Democrats in the legislature aren’t going along with the governor’s campaign pledge, with Assembly Speaker Craig Coughlin putting forth a plan that would gradually raise the minimum to $15 by 2024, with exemptions for younger workers and certain industries. Murphy has taken out television adds saying that is too long to wait, though Democratic legislative leaders question the impact of a sudden hike on residents and the business climate in a state that already is struggling under a crippling tax burden.

Quote of the Day: “He sometimes comes across as another clueless Goldman Sachs alumnus. The administration seems to always be playing catch-up,” — Asbury Park Press on Gov. Phil Murphy’s first year in office.

NJ’s Minimum Wage Goes Up Jan. 1
New Jersey’s minimum wage is going up on Jan. 1—but not nearly as much as Gov. Phil Murphy and some legislators hope to see it rise over the next several years.
NJ101.5 Read more

NJ Accountants Like Minimum Wage Hike, But Not to $15 Per Hour
New Jersey certified public accountants agree that the minimum wage in the state should be raised. But not to $15 an hour.
NJ101.5 Read more

State’s Youngest Councilwoman Goes to Work for Assemblywoman Holly Schepisi
The state’s youngest councilwoman may have lost her seat in the last election, but she isn’t done with politics quite yet.
The Record Read more

NJ Government to Bring Fruits, Vegetables to State’s Food Deserts
Imagine if you lived in a part of the Garden State where you couldn’t get fresh fruits or vegetables. It might surprise you to learn some New Jerseyans are struggling with this problem right now.
NJ101.5 Read more

Denville Police Chief Whose Main Focus Was School Security to Retire in January
Denville’s police chief, known as an “amazing advocate for school security,” and the man behind the creation of Class III school officers, announced he will retire in January.
The Record Read more

A Week After Wrestling Dreadlocks Controversy, Buena Regional School Board Schedules Emergency Meeting
The Buena Regional Board of Education has scheduled an emergency meeting for Wednesday night, a week after a wrestler at the South Jersey high school decided to have his dreadlocks cut to avoid forfeiting his match.
Inquirer Read more

Editorial: Mediocre Report Card for Murphy in First Semester
If Gov. Phil Murphy received the grades in high school that we gave him in his first year as New Jersey’s chief executive, he never would have been admitted to Harvard. Below are his first marking period grades.
Asbury Park Press Read more