Obamacare narrowly survived its first time before the U.S. Supreme Court. If the Federal Appellate Court in Texas upholds a district court judge’s decision, one of the few remaining achievements of Barak Obama’s presidency not yet undone by President Donald Trump, the Affordable Care Act will likely become a footnote in history when the United States Supreme Court hears the matter.

Supreme Court review became possible when a federal judge in Texas recently struck down the entire Affordable Care Act (ACA) after concluding that its individual mandate is unconstitutional. The Republican governors and attorneys general of several states filed the suit after Congress eliminated the financial penalty for failing to obtain health coverage.

Under the ACA’s individual mandate provisions, most Americans are required to maintain “minimum essential” health insurance coverage. For individuals who are not exempt, and who do not receive health insurance through an employer or government program, the law requires them to purchase insurance from a private company. The ACA calls for those who fail to comply with the mandate to pay a “penalty” to the Internal Revenue Service (IRS) with an individual’s taxes.

In National Federation of Independent Business v. Sebelius, a divided court held that the statute’s “individual mandate” provision was a valid exercise of Congress’s power under the Taxing Clause. Focusing on the substance and application of the “penalty” imposed under the individual mandate rather the precise wording of the statute, the majority held that “the shared responsibility payment may for constitutional purposes be considered a tax.”

Notably, the majority concluded that the individual mandate was not a valid exercise of Congress’s power under the Commerce Clause or the Necessary and Proper Clause. With regard to the Commerce Clause, Roberts emphasized that the Constitution grants Congress the power to “regulate Commerce,” which implies the existence of commercial activity to be regulated. “The individual mandate, however, does not regulate existing commercial activity. It instead compels individuals to become active in commerce by purchasing a product, on the ground that their failure to do so affects interstate commerce,” he wrote.

In 2017, Congress passed the Tax Cuts and Jobs Act of 2017 (TCJA), which eliminated the penalty imposed under the Individual Mandate. The move prompted a new legal challenge to the ACA; it argues that removing the penalty renders the law unconstitutional by removing the provision the Supreme Court relied upon in upholding Obamacare in 2012. “Once the heart of the ACA—the individual mandate—is declared unconstitutional, the remainder of the ACA must also fall,” the lawsuit argues.

District Judge Reed O’Connor, a Texas judge who was appointed by President George W. Bush, agreed. In Texas v. United States, he concluded that the “Individual Mandate can no longer be fairly read as an exercise of Congress’s Tax Power and is still impermissible under the Interstate Commerce Clause—meaning the Individual Mandate is unconstitutional.”

In reaching his decision, O’Connor acknowledged that the ACA (and health care policy in general) is often a politically-charged subject. He began his opinion writing:

“The United States healthcare system touches millions of lives in a daily and deeply personal way. Health-insurance policy is therefore a politically charged affair—inflaming emotions and testing civility. But Article III courts, the Supreme Court has confirmed, are not tasked with, nor are they suited to, policymaking. Instead, courts resolve discrete cases and controversies. And sometimes, a court must determine whether the Constitution grants Congress the power it asserts and what results if it does not. If a party shows that a policymaker exceeded the authority granted it by the Constitution, the fruit of that unauthorized action cannot stand.”

Nonetheless, O’Connor also rejected arguments that the Individual Mandate could be severed from the health care law, allowing the remaining provisions of the ACA, such as those that protect people with pre-existing conditions, to survive. According to O’Connor, the Individual Mandate “is essential to and inseverable from the remainder of the ACA.”

The White House applauded the ruling but acknowledged that the law will remain in place while the appeals process plays out. White House press secretary Sarah Huckabee Sanders said: “We expect this ruling will be appealed to the Supreme Court. Pending the appeal process, the law remains in place.”

The defendants in the case, which are led by the State of California, have already vowed to file an appeal in the Fifth Circuit Court of Appeals. No matter who wins, the next stop for the case will likely be the U.S. Supreme Court. Two current justices, Clarence Thomas and Samuel Alito, found the Individual Mandate to be unconstitutional in 2012. Meanwhile, Chief Justice John Roberts and the court’s four non-conservative justices who voted to uphold the law are still on the bench.

If the court’s remaining conservative justices vote to strike down the ACA this time around, it could be the end of Obamacare. Or the justices could strike another “grand” compromise in which the court severs the individual mandate and allows the remaining provisions to remain in force. 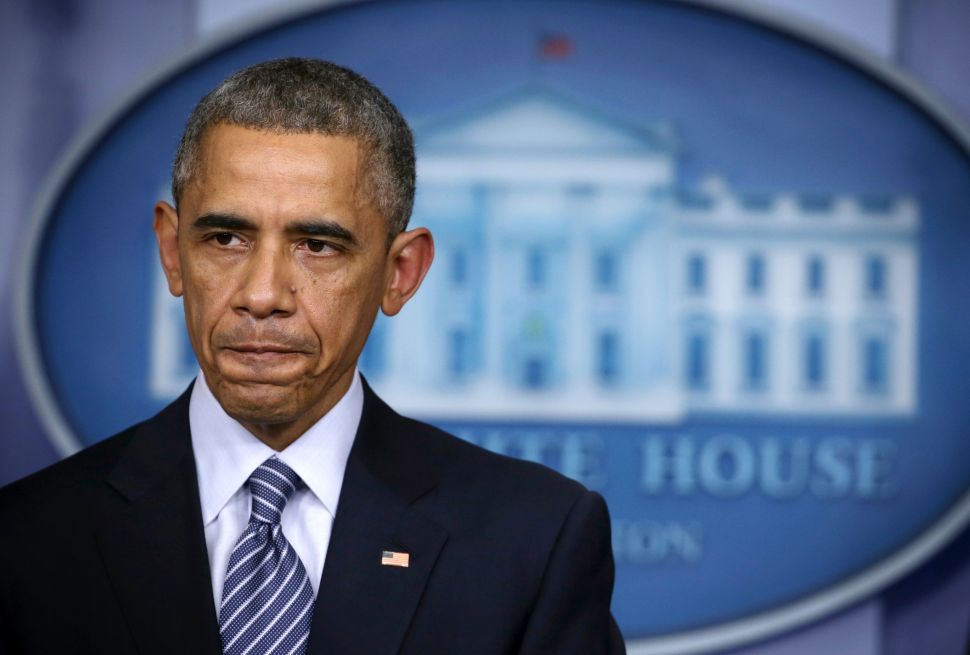