In my first year as editor of the Observer, one of the things I’ve been happiest with is the range of deeply excellent work we’ve been able to publish. Not too many publications can say they’ve put out stories about the Mueller investigation and the true deep state conspiracy we all should be terrified of: Subway pumping out fake bread smell to brainwash you into buying a five-dollar footlong. And of course we’ve covered scandals galore, fashion gone wrong, power players from the politics, business, tech, real estate, PR, art, and restaurant worlds, super-influencers who are everyone’s best friend online but feel far too alone off it, and the man Anthony Bourdain.

And so this is that most navel-gazey of stories: the one about our own stories from 2018, that we really, really liked. ‘Tis the season of giving—yourself healthy dose of credit, I suppose. But get in there.

Welcome to SuperShe Island, Where Men Are Banned and Flowers Are Dinner

If Goop and The Wing had a tiny Nordic baby, it might look like SuperShe Island off the coast of Finland, where women seek Namaste for $5K per week—and happiness is served one bowl of bone broth at a time.

Why Do You Love Murder Shows? Ten Women Explain.

There are simple answers to the question of what draws people into the murderino craze—trying to figure out how serial killers think, wanting to feel safer after being armed with the right knowledge, living in Jeffrey Dahmer’s childhood home—but the complex ones are far, far more interesting.

A Solid Night’s Sleep Is the New Luxury Good. Have Fun Affording It.

A wide-ranging look at the boom of the often suspect business of Big Sleep, and how the classic American value of literally working so hard you collapse is somehow what birthed it.

Something Navy’s Arielle Charnas Is More Successful Than Ever—But at What Price?

With 1.1 million Instagram followers, a ludicrously successful partnership with Nordstrom for her line Something Navy and a beautiful family, Arielle Charnas’ life is perfect…right? And the one you want too? Well, yes and no.

Jerry Saltz Has a Pulitzer and I Have Questions

Saltz is the world’s most visible art critic, and few question that he’s very good at it. But should his pervasive solipsism and personal views on things other than art have been taken more into consideration before being awarded a Pulitzer?

One could easily call George Gurley the most essential writer in Observer history. After some time away doing cool George Gurley stuff, he’s back in action with a gripping Sacha Gervasi interview that involves no less than one knife pulled by Fantasy Island‘s Villechaize, on the final night of his life.

One of the biggest things we all learned (andhopefully never forget) amidst #MeToo is that few things are often as they seem—which certainly turned out to be the case in the twisted saga of George Takei.

For the Love of God, Will Someone Put ‘Jurassic World’ Out of Its Misery?

Rex Reed has feelings. About a coke-snorting Bradley Cooper, about a microwaved Matthew McConaughey, and in this particular case, about dinosaurs.

Everyone wrote lots of words about Bourdain, but Film Crit Hulk’s still shimmer hauntingly in my head to this day.

Racism, Misogyny & Death Threats: How Star Wars Fans Turned to the Dark Side

A terrifying look at how a Sith-seeming fringe of Star Wars fans began brutally hating on far more than just Jar-Jar.

The Beautiful, Ugly, and Possessive Hearts of Star Wars

Something of a companion piece to the above story, done in inimitably Hulk-y fashion.

NSA: White House Knew Jamal Khashoggi Was In Danger. Why Didn’t They Protect Him?

It’s almost impossible to single out a best from John Schindler, who has covered a ton of ground in 2018, but he was as early as anyone on what the White House did and didn’t know about murdered Saudi agitator and Washington Post columnist Jamal Khashoggi.

This story of a joke gone wrong set off a chain of events that ended with a beauty queen turning in her sash.

Public service at its finest (and most necessary).

Glenn Greenwald has opinions. Not everyone likes them! We got them all.

You’ve presumably heard “Christmas Wrapping” at least 15 times in the last month (which is a positive thing—it’s a fantastic song!). Now hear about the guy who wrote it, then years later, bought Jeffrey Dahmer’s childhood home—on purpose.

The Most Powerful PR Firms of 2018

Ever year we spend monstrous amounts of time figuring out who deserves to land on our Power Lists—including artists, restaurateurs, and commercial real estate titans—but the PR Power 50 is our longest-running of the bunch.

Remember when you cared deeply about #PlaneBae? She didn’t want you to.

Dissecting the Sleazecore Trend—and Why It Looks Better on Women

Turns out it is easy being sleazy—if you’re Cara Delevigne and not Justin Bieber.

Inside the Creepy Underground World of Serial Killer Art, Where Manson Means Money

Why are artworks painted by John Wayne Gacy and Charles Manson selling for top dollar? Who’s collecting them? And is any of this the least bit healthy?

The Brett Kavanaugh hearing sparked an unexpected reconnection, not for the happiest of reasons.

All the history you need to talk yourself into heading to Ravello this year.

Fancy people, funeral pyres, cryptozoologists, government testing facilities, Gawker—this one’s got everything, other than clear final answers to the questions “where did it end up?” and “what the hell was that disgusting thing anyway?”

America Has a Tiger Problem

In which our reporter tries to buy a tiger on the Internet, and discovers a disturbing world of animal mistreatment driven by cheap thrills and a few bucks.

Zac Posen Talks Fashion in the Era of Artificial Intelligence

What’s the place of humans in tomorrow’s fashion landscape? Will AI gone wild decide we should all start wearing frocks?? Zac Posen gets into it all.

Robert Gottlieb, our dance critic of two decades, on the dearly departed Taylor: “He was his own man, and that man was American—part optimistic Mark Twain boy on a raft, part tragic Melville man on a crazed, doomed mission. And always the radiant and suffering Whitman—celebrating and lamenting in his jaundiced way what it is to be human; utterly aware of who and what we humans are.”

We’re a long way from Woodstock. Or hell, even Woodstock ’99.

Food at Movie Theaters, Stadiums, and Even on Amtrak is Suddenly Amazing—But Is That Bad?

It might be! But damn is that poolside yellowtail crudo delicious.

Why I Left My Husband Out of My Memoir About Love

A beautiful piece of loop-closing, by Patricia Bosworth. 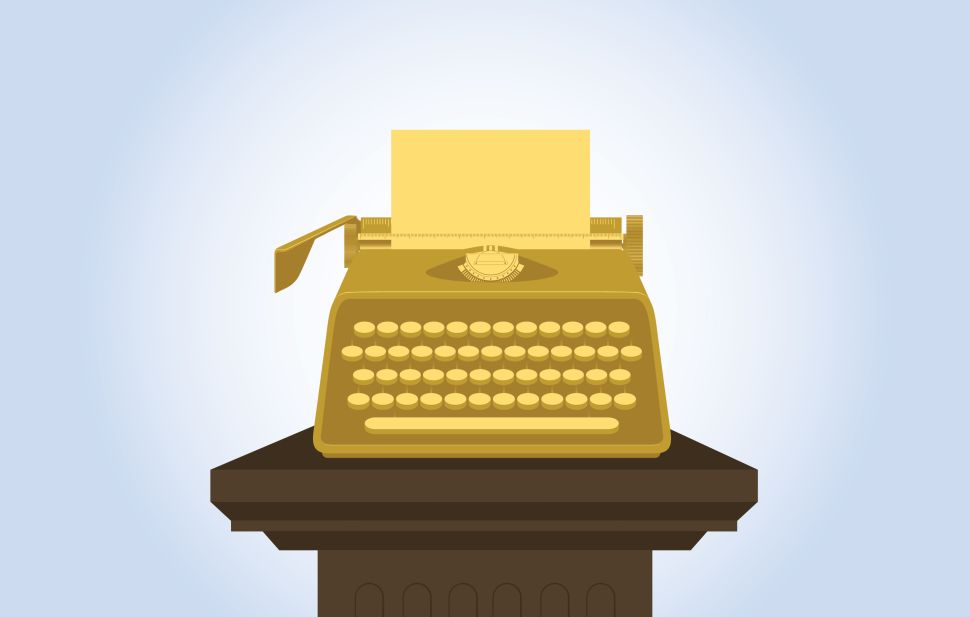