There are many conflicting opinions about what constitutes a Christian lifestyle, but Pastor John Gray’s “whole thing” might be pushing it. If you’ve devoted your life to honoring Christ, should you be able to flaunt your enormous personal wealth on Instagram without fear of retribution?

On Tuesday night, Gray, the larger-than-life pastor of the thoroughly 21st-century Relentless Church in Greenville, S.C., faced criticism from skeptical parishioners and online critics when he posted video footage of himself giving a $200,000 Lamborghini wrapped with a giant bow to his wife as an anniversary present.

“8 Years. New beginnings. New hope. New life. And for her-a new whip,” Gray wrote in his caption. “I put a faith deposit down in February and God helped me to make my wife’s dream come true. Why not? She’s made mine come true!”

A lovely sentiment to be sure, but this isn’t the first time Gray, who also has his own reality TV show, The Book of John Gray, on the Oprah Winfrey network OWN, has caused naysayers to question his behavior given the expectations of his humble profession—nor is it the first time he has defended his right to acquire and display his wealth.

“It’s people who say preachers make too much money and they shouldn’t have this or that,” Gray said in an interview with The Greenville News last year. “I understand why and how people get there, but I think they should be very cautious to understand that if the individuals that are serving are honorable, and they are committed to serving, if they have saved their money and want to do something nice for their spouse, or they want to live in a home, you’ve got one life.”

Whether or not Gray is “honorable” has been disputed before. Yes, the pastor once partnered with Justin Bieber to raise money for hurricane relief, but he was also met with intense backlash from the press and his community earlier this summer when Gray and some other pastors attended a meeting with President Trump at the White House to discuss prison reform. Gray led the prayer at the meeting, and was admonished for tacitly endorsing a proudly nationalistic leader prone to making racially insensitive remarks.

“I did not go as a politician,” Gray told churchgoers in response to the meeting’s poor reception. “Nor did I go under partisan rhetoric. I’m not a Democrat, nor a Republican nor an Independent. I’m a Christian.”

But if Gray claims neutrality, his sermons may hint otherwise. “Make the church great again,” he screamed at his congregation on a recent episode of his show. 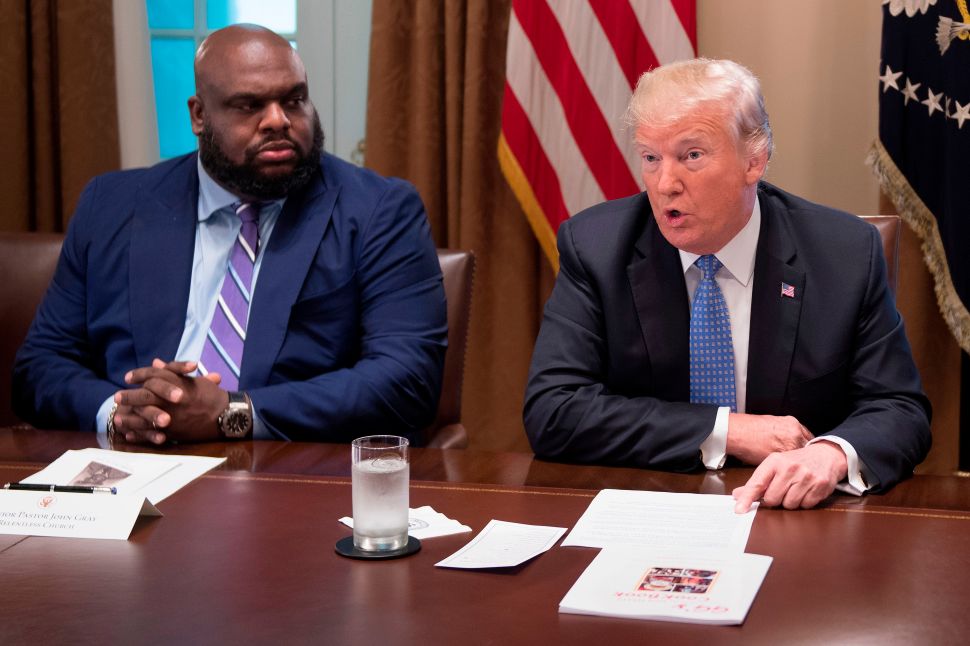