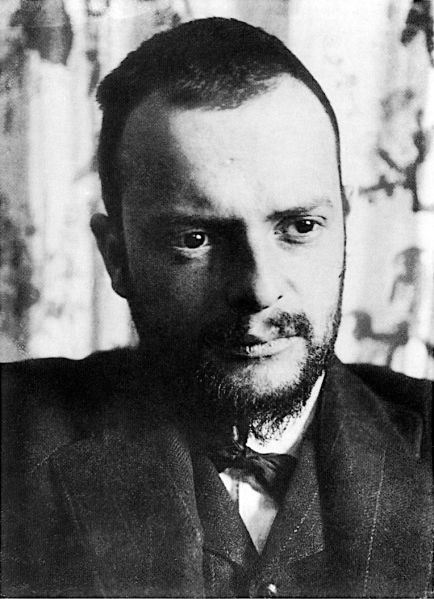 “I cannot be grasped in the here and now,” the artist Paul Klee (1879-1940) once wrote. Not any old declaration, Klee so fully wanted this phrase—part promise, part repudiation of blame to both fans and detractors alike—to stand as a testament to his work, that he penned the line for his tombstone.

But of all of the most beloved artists from the turn of the century, there is something that makes Klee a little harder to pin down. So understanding why he warrants the honor of being today’s Google Doodle might need a little explaining. Klee never settled for one style.

Born to a German father who was a music teacher and a Swiss mother who was a trained singer in Münchenbuchsee, Switzerland, his parents pushed him toward a career as a musician. But Klee, even then wanting to forge his own path, chose art. The lessons he took from music, however, would remain important to Klee’s practice as he explored (and later taught, as an instructor at the Bauhaus) the idea of what musical concepts like rhythm could mean when applied to art.

It was these thoughts that endeared Klee to the artists Wassily Kandinsky, Franz Marc and August Macke, whom he met in 1911 and soon joined ranks with, under the name Der Blaue Reiter (The Blue Riders). But unlike his compatriots searching for a characteristic look through which to express their ideas, Klee spent his career jumping between visual styles. As such, the sum of his work ended up being not only less easy to define than many artists of his time, but also, as the artist himself noted, perhaps a little harder to understand  Here are six representative works that elucidate some of the ideas he worked with, and the ways he tried to give them physical form. 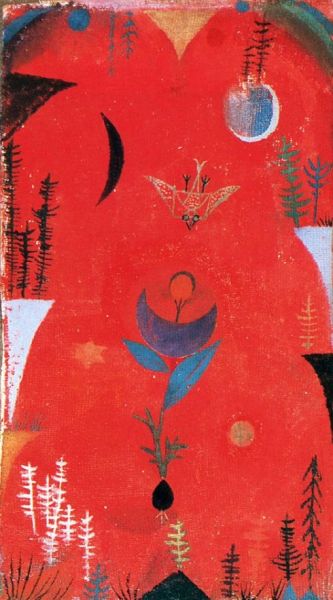 From his expressionist period, this watercolor painted over a chalk ground on paper exemplifies the artist’s exploration with symbols. Here we see the sun, moon and his first use of birds rendered in what he fully embraced as a childish way, representing his awe of natural wonders from the earth and up to the stars. 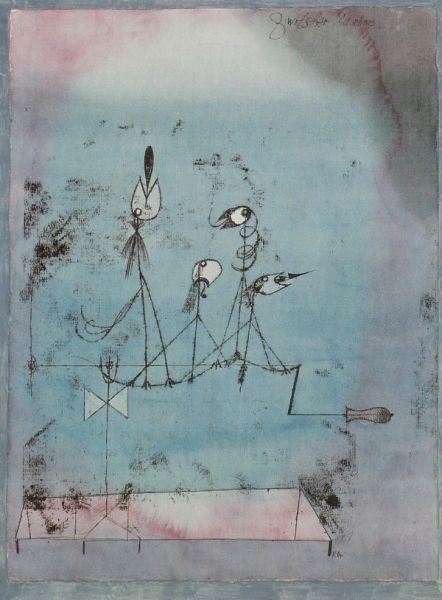 Also featuring birds, this work melds natural forms with a mechanical structure. With his bird beaks appearing ready to chirp and signal the coming light, this is an example of how Klee used humor, while also broaching themes like the awkward relationship between the natural world and the man made. 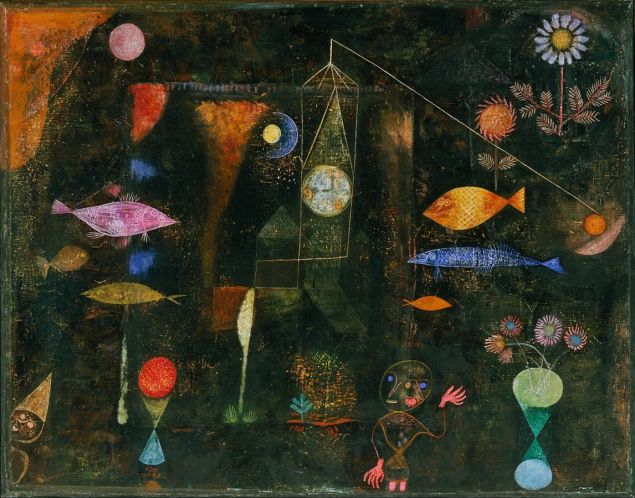 A blend between expressionism and realism, in Fish Magic Klee crafts an eccentric world meant to stoke imagination, left purposely mystical and a little unclear. It’s known for having a small patch of muslin curiously glued in the center. 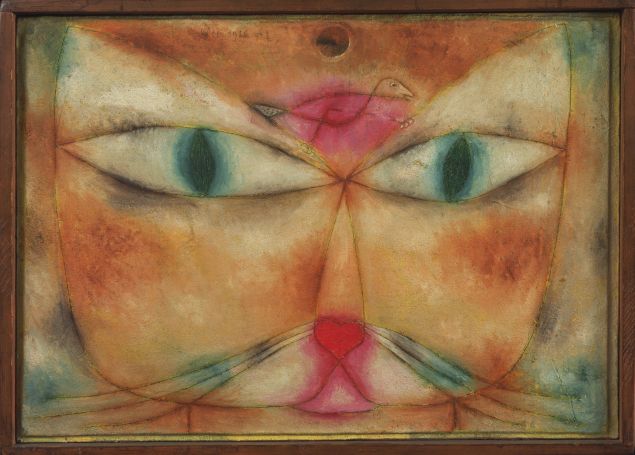 In Cat and Bird, Klee attempts to represent a feline mindset. Not an image of unlikely friends, rather, the bird is a burning thought in the cat’s imagination. 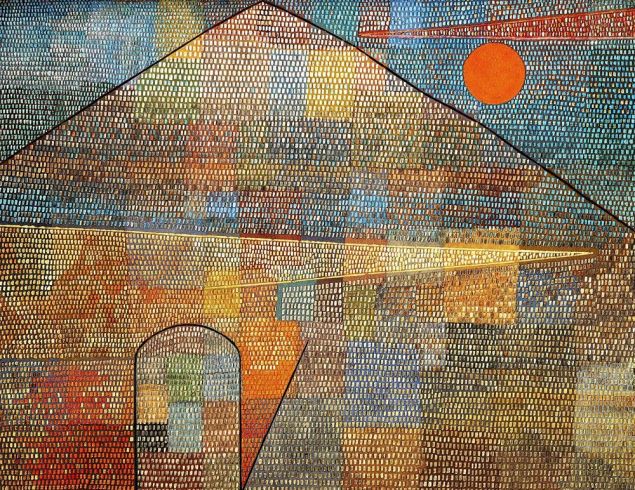 One of his later works in the pointillist style, Ad Parnassum is a pure meditation in color mixing straight onto the canvas. It’s considered by many to be Klee’s greatest masterpiece—a clear example of his mastery of medium, with shapes and lines that hint at a house, pyramid or temple yet left ultimately up to the viewer. 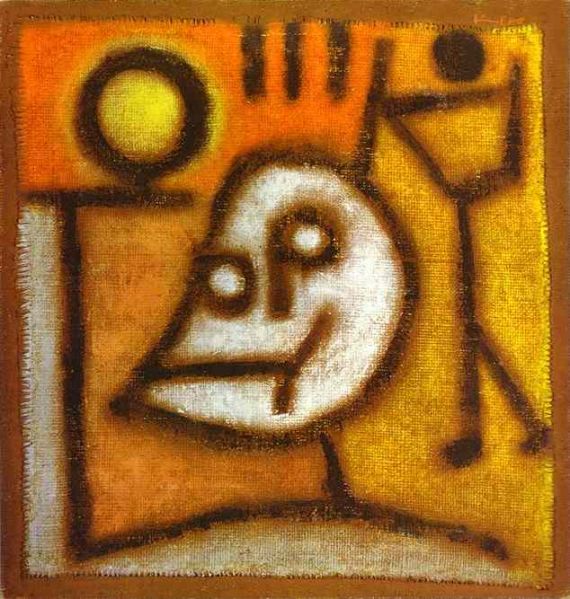 Death and Fire, from 1940, is one of the last works Klee made before his own death that same year. Suffering from the autoimmune disease scleroderma and in considerable pain, this is thought to be Klee’s take on a death mask, feeling that his end, at age 60, was near. 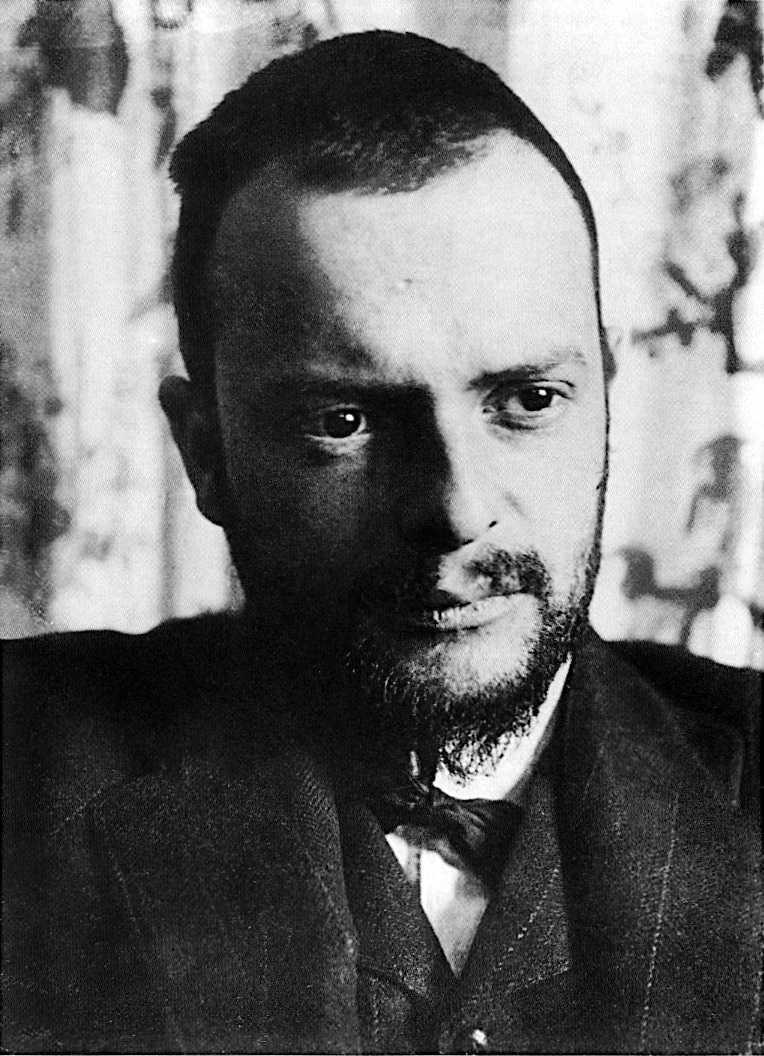