Retaliating against allegations of Russian collusion, Paul Manafort directed a smear campaign alleging that Democratic officials colluded with the Ukrainian government—which at one point retained the services of the disgraced lobbyist.

According to a Vox report, “the White House adopted Manafort’s recommendation in the summer of 2017 to specifically target Alexandra Chalupa, a political strategist and consultant for the DNC, for allegedly working with Ukrainian officials to hurt Trump’s candidacy.” POLITICO first reported on Chalupa’s work with Ukrainian government officials in January 2017, finding that operatives worked together to expose Manafort’s lobbying efforts.

Ukrainian efforts to sabotage Trump campaign – "quietly working to boost Clinton." So where is the investigation A.G. @seanhannity

Manafort was also said to have encouraged White House officials to “delegitimize” the Russia investigation by declaring “a public relations war on the FBI,” according to one source who spoke to Vox. The attacks centered on the Obama administration’s decision to seek a FISA warrant to spy on Manafort and former Trump campaign aide Carter Page, which were amplified heavily by the president’s congressional allies like Devin Nunes (R-Calif.).

The Ukrainian government worked with Manafort under Viktor Yanukovych’s administration, until the Kremlin-aligned president was ousted from power in 2013. Following Vladimir Putin’s seizure of Crimea, the subsequent administration became less favorable to the lobbyist, cooperating with Chalupa to expose his dealings with Yanukovych.

Manafort was convicted by a federal jury in October over financial crimes and failing to register as a foreign agent for his Ukrainian lobbying efforts. 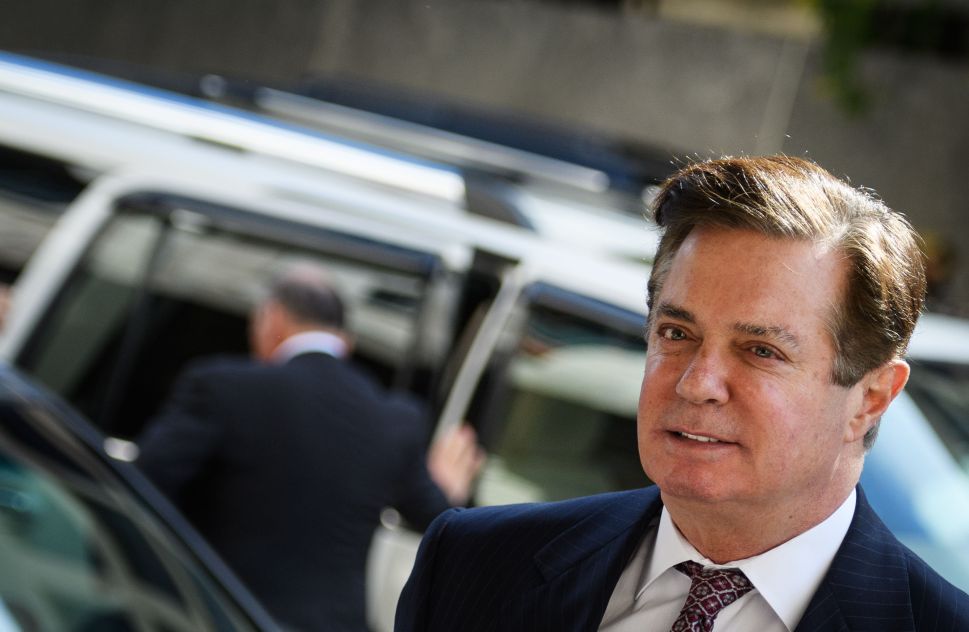