Once you meet this year’s crop of Rising Stars—our list of 15 young people to watch in the PR industry—you’ll toss all those millennial stereotypes right out the window (please). Yes, PR’s a profession where experience matters, relationships rule, and you must learn by doing. But as our Rising Stars make clear, there’s a lot to be said for growing up in a digital landscape and living social media; they understand that everyone’s a media brand these days. Keep an eye on these power players, most of whom have yet to hit 30, and many of whom have earned titles and responsibilities beyond their years. And watch your back.

Also, be sure to spend some time with our annual PR Power 50, which highlights the top 50 firms across the PR landscape, as well as our stories featuring the industry leaders making the most noise in specialties like entertainment, travel, real estate, tech, fashion and—new to us for 2018, but surely not going anywhere—cannabis.

Annie Badman, 26, senior associate to the CEO at Hiltzik Strategies

Badman joined Hiltzik a year ago as a writer and editor; she so wowed CEO Matthew Hiltzik that he broadened her role to include strategic work, new business and thought leadership for the firm’s clients including “one of the top corporate law firms in the country, a very large entertainment and gaming company, several private equity firms, a large non-profit”—none of which the firm can name, of course. Also see Hiltzik’s profile in our PR Power 50.

A former account exec in fashion PR, Chang moved from couture to cryptocurrency when she joined N6A last year. She works with the firm’s big-name clients in data security, the Internet of Things, blockchain, and other things we don’t quite get. Chang clearly does; she’s secured coverage everywhere from Barron’s to The New York Times. Also see N6a’s profile in our PR Power 50.

An expert on all matters criminal justice and immigration, Druge was BerlinRosen’s lead message and media strategist in the firm’s work with the Texas Civil Rights Project during the ongoing family separation crisis at the U.S. border. Druge helped shape a 4,000-word, front page New York Times piece calling out the bail industry for exploiting vulnerable people. She’s also the communications strategist for BerlinRosen’s work with Measures for Justice, Voices for Civil Legal Aid, Pretrial Justice Institute and the Brennan Center for Justice. Also see the profile for Berlin Rosen—Observer’s No. 1 firm overall—in our PR Power 50.

Gotham power players trust Partridge on issues from criminal justice reform to free school lunch programs. This year he worked with Tish James to increase New York’s voter turnout, helped the Real Estate Board of New York with a slew of initiatives and started a customer feedback campaign at the Port Authority. So if that bus terminal ever gets cleaned up, you’ll have Partridge to thank. Also see Global Strategy Group’s profile in our PR Power 50, where they made the top 10.

A former digital strategist on the Obama and Wendy Davis campaigns, Smith led the fight against the Trump administration’s family separation policy by organizing thousands of people to protest on the steps of the Supreme Court. He also helped combat the EPA’s rollback of key environmental policies and took the lead on the viral #NoMuslimBanEver campaign. Also see the profile for Berlin Rosen—Observer’s No. 1 firm overall—in our PR Power 50.

A key player on accounts like Toyota and Booz Allen, Schultz—who started as an account exec—also partnered with Sidley Austin lawyers and NYU students on getting a U.S. visa for an Afghan translator who had worked with U.S. troops after the government shut the door on that process. Schultz also serves as global coordinator for North American CEO Paul Holmes on strategic partnerships with sister WPP firms Hering Schuppener and the Glover Park Group. Also see Finsbury’s profile in our PR Power 50.

After starting as an intern, Vaughan has risen to a top creative position at Shadow, working with clients like Blade, Svedka and Vineyard Vines. A Vaughan-designed campaign for client Gymboree Corp led to the client’s partnership with Instagram’s fashion director Eva Chen on children’s content. Vaughan also helped guide Shadow through its own rebranding, revealing an equally deft hand at internal comms. Also see Shadow’s profile in our PR Power 50.

Formerly a director at the very serious, D.C.-based FTI Consulting Strategic Communications, where she was presumably surrounded by approximately zero slices of prosciutto, Whitten led corporate positioning strategy for client Eataly at HL, and is is now a key player in their booming crisis practice. Also see HL Group’s profile in our PR Power 50, where they landed in our top 10. 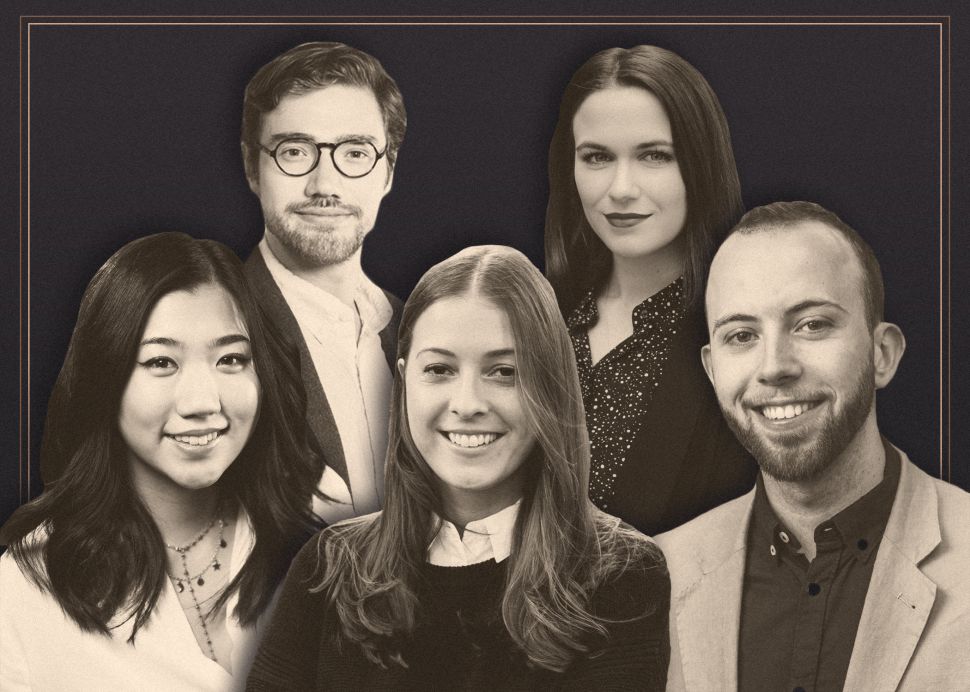