The royals have arrived at Sandringham for the Christmas holidays, but change is afoot. Last year, Prince Harry and Meghan Markle stayed with Prince William and Kate Middleton at Anmer Hall, their country home on the estate.

This year, however, the Duke and Duchess of Sussex are lodging at Queen Elizabeth’s private Sandringham House home, about three miles away from Anmer Hall, according to Elle.

So why aren’t Prince Harry and Meghan crashing with Prince William and Kate? It may have to do with the endless rumors circling about the tension between the couples, though we can’t imagine anyone engaging in petty drama in front of Queen Elizabeth and her corgis.

It’s also possible that the Duke and Duchess of Sussex chose to have a bit more privacy, as it’s their first Christmas at Sandringham as a married couple. Last year, Meghan was allowed to attend the festivities, but it was because Queen Elizabeth made a major exception for her grandson’s fiancée. Now that Meghan is a proper royal, it might be more acceptable for her to stay at Queen Elizabeth’s private Norfolk home.

This isn’t the only shift in the Duke and Duchess of Sussex’s agenda, as Prince Harry is also reportedly opting out of the traditional Boxing Day pheasant hunt with Prince William and Prince Charles due to his wife’s love of animals and dislike of hunting.

Hopefully, Prince William is still around for the Boxing Day hunt, as the Duke and Duchess of Cambridge are set to head over to Berkshire after Christmas to spend time with the Middleton family at their home, Bucklebury Manor.

Perhaps the fab four are just trying to get used to living apart—after all, Prince Harry and Markle are set to move all the way to Frogmore Cottage at Windsor next year, which is quite far from Prince William and Middleton’s Kensington Palace abode. There’s also the chance Queen Elizabeth is considering gifting the Sussexes their own regal country home at Sandringham, like she did for the Cambridges. That would bring the whole crew back together again. 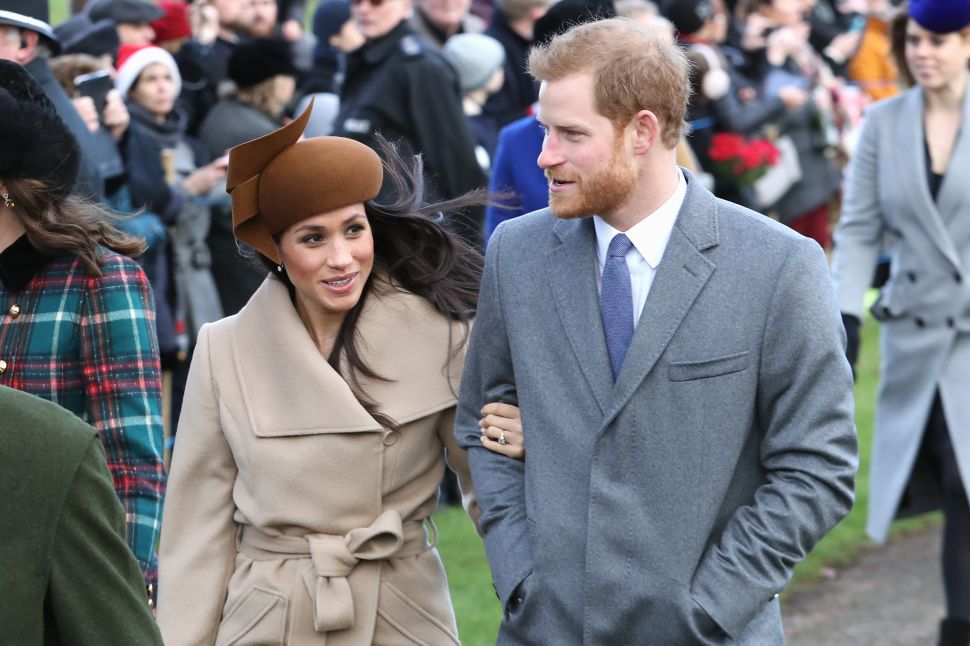