Prince William and Kate Middleton kicked off their Christmas festivities a little early this year. And no, that doesn’t mean they binge-watched a few Netflix movies, because who needs A Christmas Prince when you’re a real-life royal? Keeping in the holiday spirit, the Duke and Duchess of Cambridge hosted a party at Kensington Palace today.

And it wasn’t just any old KP holiday fete—this party is for the military families and children of deployed military personnel from RAF Coningsby and RAF Marham, who are currently serving in Cyprus.

There was Santa, of course, as well as live music (all musicians dressed in red ensembles), sparkling lights, nutcrackers, many a fir tree and more. The Duchess of Cambridge even rocked her own Emilia Wickstead tartan skirt. (Prince William wasn’t exactly ready for caroling in his light blue sweater, but fine.)

The first part of the celebrations was definitely kid-focused, with a photo booth, a snow globe, Christmas stocking decorating and cracker making. The photo booth was accompanied by a postbox, so families could take photos and send messages to loved ones stationed in Cyprus.

The tea-time bash was at the Orangery at Kensington Palace, with the aforementioned live music, entertainers and games. And because these are royals and there’s no such thing as going too far, a casual dispenser was there blowing faux white snow onto the grounds of KP. Thankfully, we have a photo of a very surprised Prince William and Kate Middleton caught in the middle of all this.

The Duke and Duchess of Cambridge haven’t finished spreading the Christmas spirit. They’re scheduled to fly out tomorrow to the Royal Air Force base in Cyprus, where they will deliver the Christmas cards and gifts that the families prepared today to their loved ones stationed abroad. 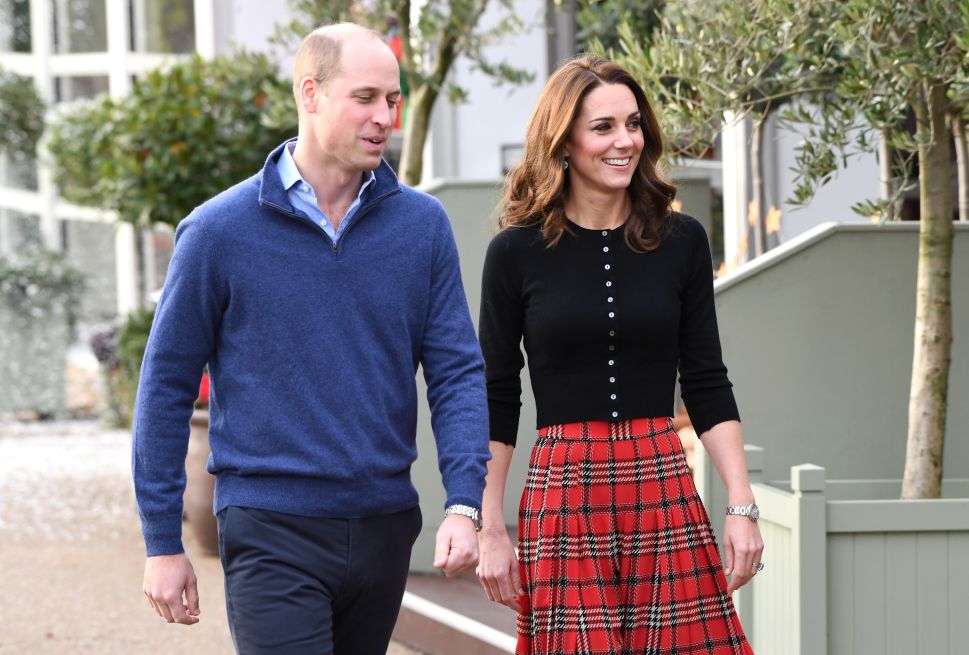