Even royals have to deal with family logistics during the holidays. For Prince William and Kate Middleton, this means dividing their time between both sides of the family—that is, with Queen Elizabeth and the rest of the royals, and then with the Middletons.

The Duke and Duchess of Cambridge are usually fittingly diplomatic when it comes to splitting up their holiday time, switching their visits each year. Last year, they were at Sandringham with the royals, and the year before they were spotted with Middleton’s family at a church service in Berkshire.

It would seem that it’s Carole and Michael Middleton’s turn this year, but Prince William and Kate are trying something new. They’re reportedly spending Christmas Eve and Christmas Day with the royals at Sandringham estate in Norfolk, according to Harper’s Bazaar, and then heading over to the Middleton family home, Bucklebury Manor in Berkshire, after Christmas.

This means that the Fab Four will be reunited for the holidays, as Prince Harry and Meghan Markle are also expected at Sandringham estate for Christmas. Here’s hoping all those rumors of a Middleton-Markle feud have no real standing, or it’s going to be an awkward Christmas.

The Duke and Duchess of Cambridge will stay at their nearby Sandringham country home, Anmer Hall, with Prince George, Princess Charlotte and Prince Louis, but it’s not clear where the Duke and Duchess of Sussex will crash—their new Windsor Castle home, Frogmore Cottage, isn’t ready yet. If everyone is civil, then perhaps Prince William and Middleton will host the couple.

This is Prince Louis’ first Christmas, so maybe that’s why Prince William and Middleton opted to spend time with both of their families. The littlest Cambridge isn’t the only new addition for the Middletons, as Pippa Middleton and James Matthews welcomed their first child, Arthur, in October.

We do have some intel on what to expect at the Middletons, as Carole Middleton gave her first interview to The Telegraph, saying the family typically starts the morning at church, opens presents, has a champagne and smoked salmon lunch and then eats the “main Christmas meal” in the evening. The Duchess of Cambridge’s mother did, however, acknowledge that with all the young kids in the family, the main meal might be at lunchtime instead.

Speaking of Christmas meals, the Middletons are offering a new kind of feast this year—Carole recently went vegan, so she’s preparing both plant-based and traditional Christmas dinners. It’s definitely a change from the turkey, foie gras and mince pies traditionally served at Sandringham. 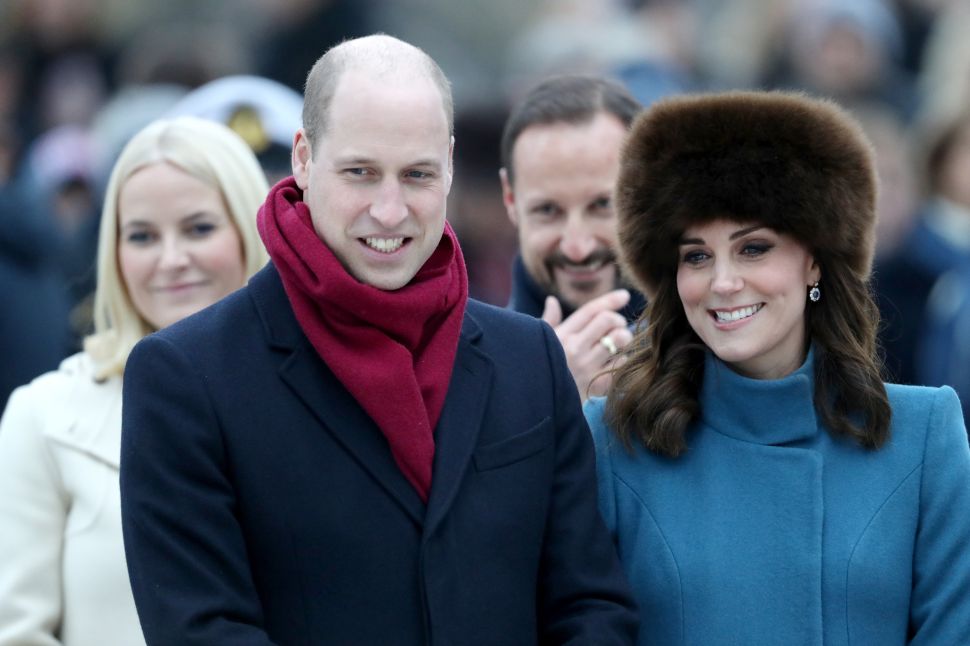