Priyanka Chopra and Nick Jonas went all out for their five-day, two-ceremony wedding, which took place in front of 225 guests at an actual palace in India. But the newlyweds didn’t immediately jet off to an equally over-the-top honeymoon. Instead, Chopra and Jonas fulfilled pre-planned engagements.

Chopra told NDTV that she’d already committed to a number of work events before the nuptials, including the launch of Bumble India in New Delhi. Chopra is an investor and advisor in the dating app company, and the date for Bumble’s Indian debut was set before Chopra and Jonas decided on their own wedding day—the event ended up being Chopra and Jonas’ first official public appearance as a married couple. They also took part in Isha Ambani (whose father is reportedly the richest man in India) and Anand Piramal’s pre-wedding Sangeet last weekend.

But Chopra admitted that she actually had no idea where she and her new husband were heading on their honeymoon, as apparently she left it up to the JoBro to choose the destination. “We still haven’t figured out where,” she said. “I think it’s going to be a surprise though. I think that’s what my husband’s planning.”

Turns out, their first real excursion came more quickly than Chopra hinted at, as the couple embarked on a mini honeymoon just over a week after they tied the knot. Chopra and Jonas reportedly headed to Oman for the short getaway, where they couldn’t help but indulge in basic honeymoon Instagrams, including a Story featuring their initials drawn in the sand enclosed in a heart to reflect Chopra’s Instagram bio name change to Priyanka Chopra Jonas.

And, of course, Chopra and Jonas’ followers got a honeymoon selfie, complete with a scenic beach background, a “marital bliss” caption and another peek at Chopra’s Tiffany engagement ring. Oh, and Jonas’ cigar made a cameo.

Jonas, on the other hand, went a less expected route, posting a video of Chopra watching Elf for the first time and singing along. The trip was a short one—the pair flew back to Mumbai today and wasted no time before heading to their next event.

That event was Ambani and Piramal’s wedding, which they attended the same day they landed, and we can see why they wouldn’t want to miss it. The opulent celebration—estimated cost: $15 million—may have been even more over-the-top than Jonas and Chopra’s nuptials. It included guests like Hillary Clinton and John Kerry and a performance by none other than Beyoncé. 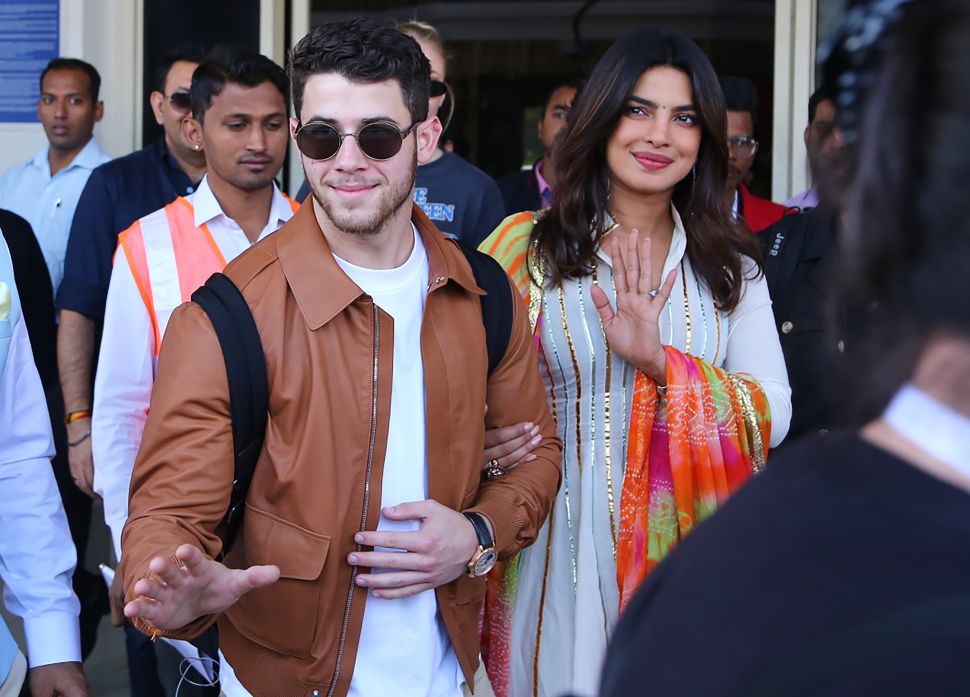