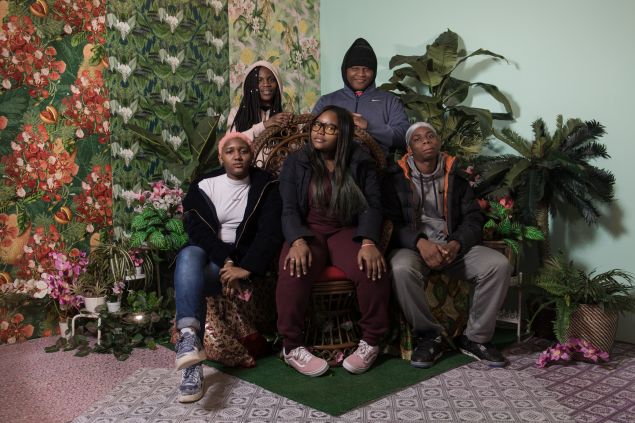 After years in the art world, working at MOMA and Whitney Museum of American Art, Allison Freedman Weisberg had grown tired with the elitism of the industry, which she doesn’t shy away from calling an “ivory tower.” So in 2009, with that in mind, she opened the collaborative art space Recess, showing any kind of art that made the public feel like participants in the work, rather than just guests passing through. The first thing she launched was “Session,” an initiative to provide artists with a stipend to make work, an artist’s fee, technical support, mentorship and two months to work in the Recess Art space, crafting an evolving work that viewers can visit while in-progress.

Years later, and after launching more initiatives, Weisberg had another brain wave. She discovered that the artists in her programs were making work about criminal justice reform and mass incarceration more than any other theme. “It then felt disingenuous not to collaborate with the folks impacted by one of the most egregious stains of our time,” she told Observer.

Looking to collaborate with court-involved youth and change the “revolving door” system through art, the project “Assembly” launched in 2016 for 18- to 24-year-olds convicted of misdemeanor crimes in Brooklyn. She worked with artist Shaun Leonardo, whose work explores masculinity, criminal justice and race, to design the curriculum. Like the program Session, Weisberg wanted to include audiences and welcome the public to be involved in the creative process. So along with the workshops held every week for eight-week cycles, Assembly also includes a public exhibition space, showcasing what participants make throughout the course of their time there. 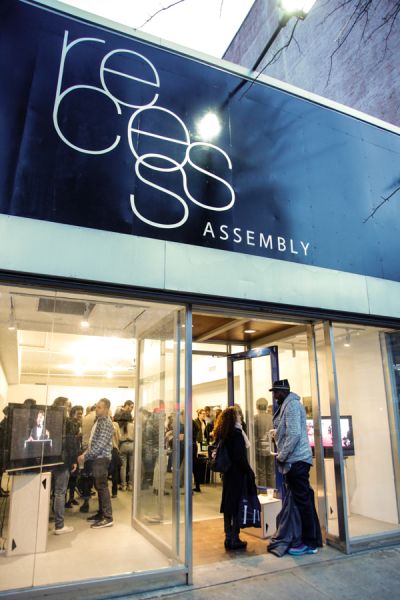 The curriculum is a “diversion program,” which can be mandated for an offender by the court. Essentially, it’s form of sentence in which a person who has been arrested takes part in a rehabilitation program intended to help address the behavior that lead to their crime, allowing them to avoid a criminal record.

Weisberg explained that after the court locates a problem in a young adult, diversion can offer a potential solution. But she also believes that in many instances these don’t address all the factors at play. For example, a young person caught with drug possession can be given a diversion program for drug counseling, but this may not get to the problem of their individual circumstance. 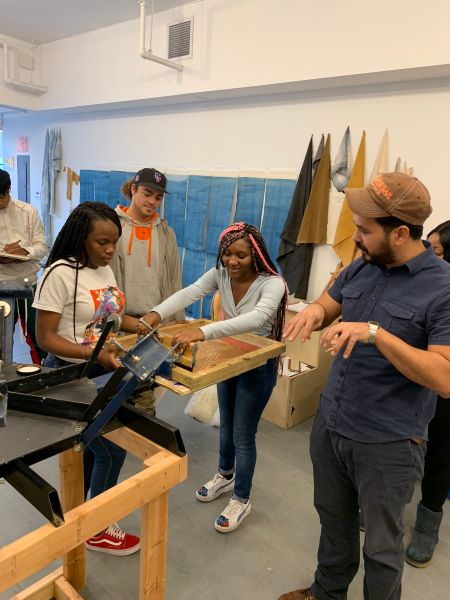 Through Assembly, Weisberg and Leonardo found key touch points for rehabilitation and created what they call a “visual storytelling process” where the young people can share personal narratives with each other. Weisberg says this is to “get emotional and individual” rather than making them all conform to a generalized curriculum. In this way, the method for addressing their behavior is tailored to the person, rather than making the person fit the program. After completion, prosecutors have the option of sealing their records, allowing them to avoid an adult record.

When speaking with Weisberg, she exhibits an empathy that so many discussions about “young offenders” lack. “If you’re a young person of color in certain parts of New York, you’re presumed criminal before you even wake up in the morning,” she passionately explained. “So many of the young people who come through the program are more reflective of police behavior than youth behavior.”

She also wants to change the way the public thinks and talks about “criminals,” replacing the word with individualized narratives that “empower young people to see what’s possible.” And Assembly has done just that. In the pilot year, the program had an 87 percent completion rate, and they’re currently on their 10th cohort of participants (there’s usually 8 to 15 in each round). 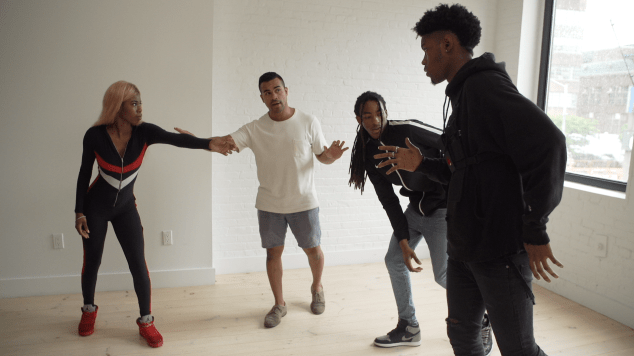 Assembly graduate Matthew Rodriguez describes his time in the program as nerve-wracking but life changing. “My life after the program has been exciting and adventurous,” he said. “I’m currently interning at a print shop, learning about screen printing and working with new artists on projects.”

Along with the potential to have their records sealed, Assembly doesn’t have to end at the completion of the program. Those who finish are welcomed back to Assembly in a paid capacity. Weisberg explained that many graduates come back as an artist apprentice, peer leader, administrative assistant or, like Rodriguez, find placement in an intensive internship with someone in the visual field. She shared a story of a student who found an interest in video making and is now working on a video piece exploring cultural appropriation, and another who was interested in art handling so went on to work at the Brooklyn Museum. 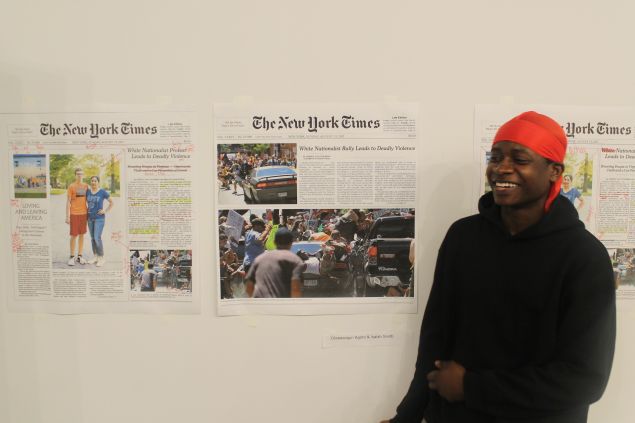 Finding young people sustainable jobs in the art world is the ultimate win for Weisberg. “A person may come into the program from stealing because they’re homeless and living hand to mouth,” she explained. “This can give someone an alternative pipeline from court involvement to arts involvement and then the possibility for a more stable life.”

She’s currently working on expanding the program further, to partner with 16- to 17-year-olds at the point of arrest, and wanting to apply the same curriculum to work with the NYPD on a “shared accountability model.” Staying true to her original mission for Recess, to make art making a space for collaboration and discussion rather than elitism, these will all be open to the public.

Visit Assembly from Tuesdays through Saturdays at 46 Washington Ave. Starting January 2019, Assembly will be located in Recess headquarters, 370 Primahorn St. 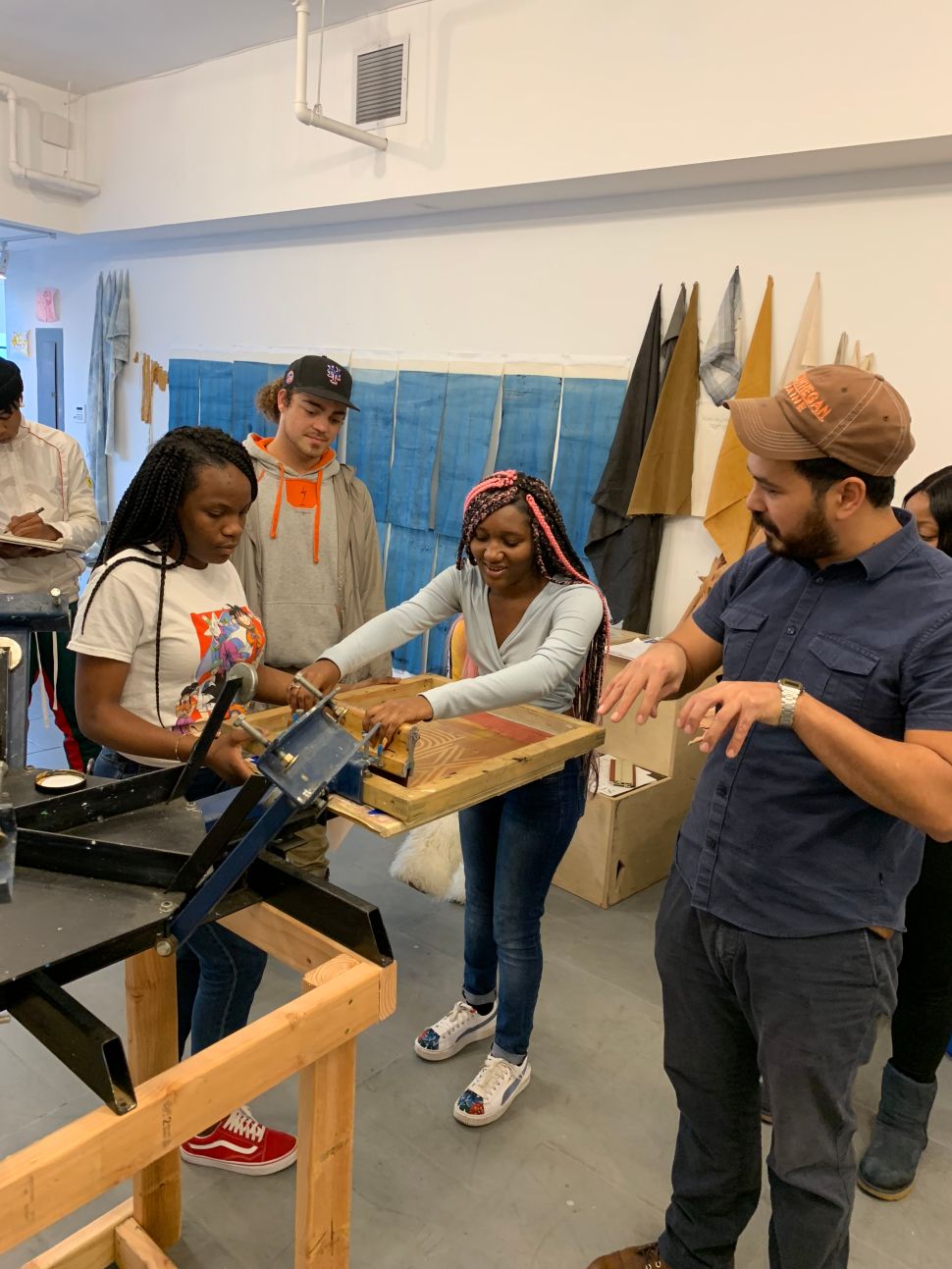