In his latest get-rich scheme, Roger Stone is now selling rocks emblazoned with his autograph to defray his Russia-related legal bills. Unfortunately for the political operative, sellers of political memorabilia appraised his signature as worthless, and unlikely to collect any real value in the future.

“In historical terms, I suspect he will wind up as a minor footnote in history,” Steve Lori, co-founder of Lori Ferber Collectibles, told Observer. “I would be surprised if the values of these rocks were much greater in the future than they are right now.”

Stone is currently selling the rocks for $8, which he has knocked down from $10. They are currently out of stock but available on backorder, meaning the political strategist can keep selling more rocks should he need the cash.

“Here’s your chance to own your very own ‘Roger’ Stone paperweight, signed by the New York Times Bestselling author, legendary political operative and Trump intimate himself,” wrote the embattled politico on his website. “The perfect Christmas Gift for the Trump supporter, InfoWarrior or Stonetrooper. David made good use of a similar artifact against Goliath.”

Flying off the shelves ! I just hung up with a Rolling Stone reporter who wanted to know about these iconic paper weights! Get your own “ Roger” stone today! All proceeds go to my Legal Defense Fund https://stonecoldtruth.com/product/get-your-own-roger-stone/

Although Stone did not respond to Observer’s inquiry, another appraiser of presidential memorabilia agreed with Ferber’s assessment of the rocks, and questioned the former Trump advisor’s historical relevancy.

“Stone may not be that relevant to a collector 25 years from now, and I wouldn’t be surprised if these were going for $25 or less years from now. People who come along may not know who he is years from now,” said Winston Blair, a board member on the American Political Items Collectors organization. “If he ends up getting in some trouble for Russian collusion or something with the Mueller investigation, they may be worth more in the future just because he would be notorious for a crime associated with Trump.”

Blair said the value of Stone’s autograph was equivalent to those of G. Gordon Liddy or Charles Colson—two men who were convicted in the Watergate break-in. A signed copy of Colson’s book, Convicted: New Hope for Ending America’s Crime Crisis, fetches only $13.00 on Ebay. Ferber also noted Watergate co-conspirator items decades later can be purchased for between $20 and $50.

“My impression at this time though, is that the chances are that these rocks will be more valuable in years to come in someone’s garden than they will [be] as a collectible,” explained Ferber. “Collectible value is usually tied to both scarcity and demand. Right now demand might be high, but it is likely to drop significantly in the future, and the more of the rocks they sell the less the scarcity.” 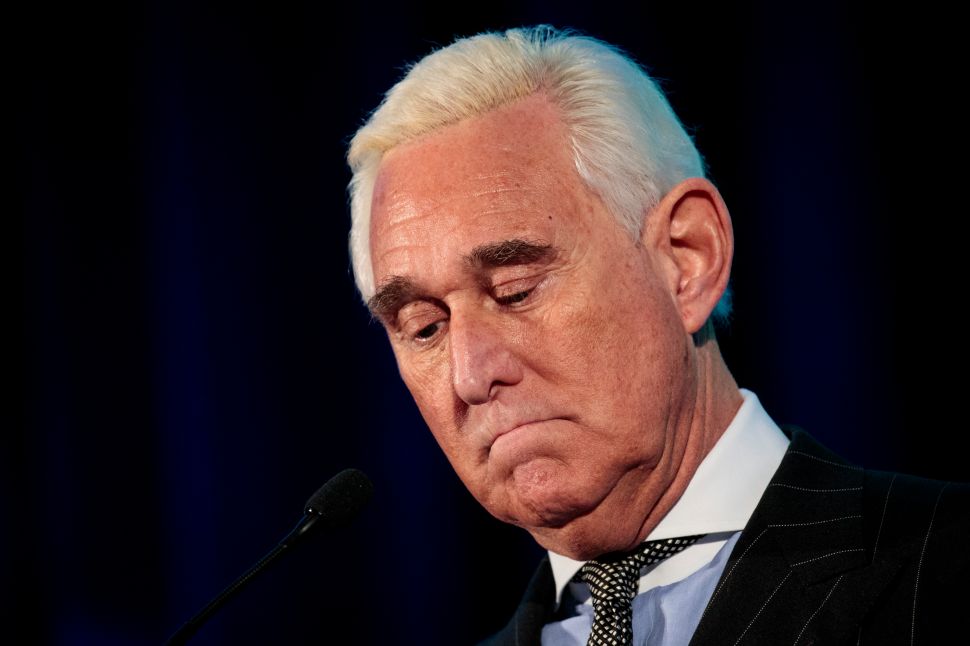