On Monday, career comedian and Trump supporter Roseanne Barr announced that in January, she’ll be traveling to Israel at the invitation of the country’s parliament. She’s also (supposedly) making the trip because she harbors a personal desire to further her “own knowledge of Jewish and Israeli history” and wants to verbally denounce “the insidious and anti-Semitic BDS movement.”

Barr might genuinely be curious about the history of Israel, but she also has a very concerted interest in rejuvenating her own image that has everything to do with positing herself as a measured and thoughtful public figure. Almost no one who’s paid attention to her recently would call her either of those things, and Roseanne knows it.

Barr, a fan of QAnon conspiracy theories and blaming her use of social media on Ambien, has gotten herself into a lot of trouble. A racist tweet she authored about Valerie Jarrett, a former adviser to President Obama, led to this year’s cancellation of her show, an ABC sitcom that bore her name (and which was likely green-lit in the first place to spike viewership with controversy and backlash).

In the midst of the fallout from Barr’s grossly offensive tweet, in which she wrote that Jarrett, who is black, was like if the “muslim brotherhood & planet of the apes had a baby,” Roseanne claimed that she had no knowledge of Jarrett’s racial identity and that the point that she had been trying to make was, in fact, about anti-semitism.

It’s a curious ass-covering technique, to be sure, to claim that your retrograde statement about a woman of color was actually commentary on the marginalization of the Jewish community, but Barr is nothing if not puzzling. Now, she appears to be doubling down on her insistence that her conservatism and Trump-admiration doesn’t exclude her from respecting “Israeli history.”

It is a truth universally acknowledged that Roseanne Barr’s spectacular plummet from grace (if ever she could claim grace in the first place) has proven itself to be one of the most convoluted sideshows produced by the nightmarish Era of Trump.

But this is the tail end of 2018, and just because Roseanne and her garish show were both deemed “cancelled” by left-leaning members of the media, that doesn’t mean she’s disappeared from view or totally lost her fan base. Instead, Barr has experienced something of a career shift. Like many others who share her conservative beliefs, Barr has become something of a folk hero to members of the authoritarian-sympathizing, nationalist right. As long as someone is still giving her attention, it appears she’ll take it.

It’s that tactic that seems to be at play in agreeing to address Israeli parliament. What will she say? We can only wait and hope it’s not terrible. And maybe that she’ll have fewer opportunities to step into the spotlight in the future. 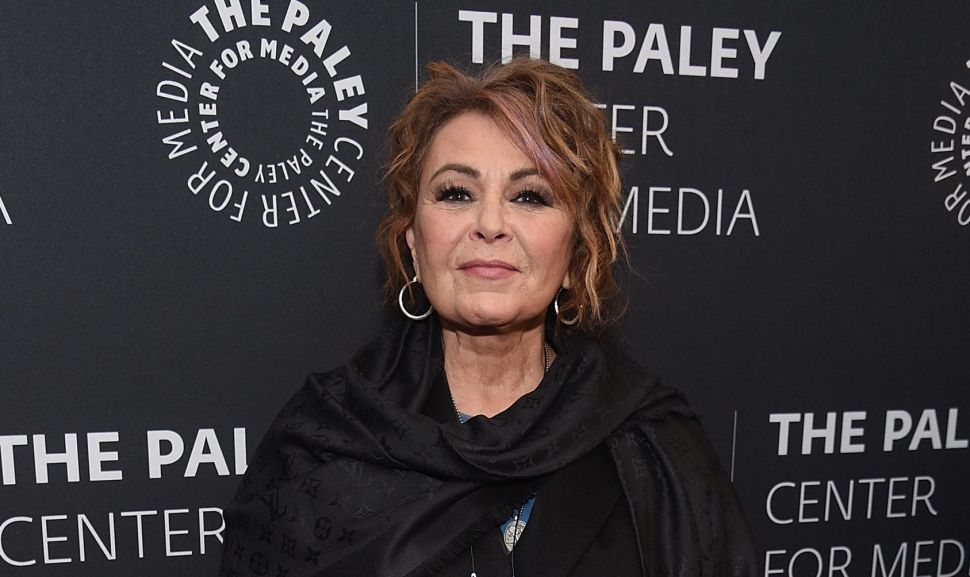