Rudy Giuliani claims he attended a summer reception at the Hay-Adams hotel for the Democratic Republic of Congo—an event which was part of an $8 million lobbying campaign to forge relationships between the Trump administration and Congolese government—to impress a woman.

Speaking to The New York Times in September, Giuliani said he wanted to take his date “to the top of the Hay-Adams to see a Washington party” with a “great view,” later admitting he was also considering business opportunities in the region “to see what Africa’s all about.” The reception, held to discuss “the strategic relationship” between the United States and African nations, per an invitation obtained by the Times, brought together investors and representatives of the Congolese government who posed with Giuliani in photographs.

Although the Trump administration at the time was pressuring Congolese President Joseph Kabila to step down over human rights violations and ignoring constitutionally-mandated term limits, the country’s ambassador to the United States told the Times, “Giuliani will let us know how to go ahead” to avoid threatened sanctions.

Giuliani’s association with the White House as President Trump’s attorney has blurred the line with his work for foreign governments and organizations, especially since his stances often contradict those of administration officials. In September, the former New York City mayor spoke at an event for The People’s Mujahedin of Iran—a network of Iranian dissidents—where he called for the overthrow of Tehran’s clerical leadership, citing the effectiveness of U.S. sanctions. Giuliani also wrote a letter over the summer calling for changes to Romania’s anti-corruption program, despite a statement from the State Department calling on “all parties involved to reconsider feedback provided by domestic legal experts” in the country’s government.

According to court filings from Giuliani’s third wife, the president’s attorney has spent $286,000 on his mistress, Maria Rosa Ryan, over the last six months. Observer was unable to verify whether or not Ryan was the woman Giuliani claims he was trying to impress. 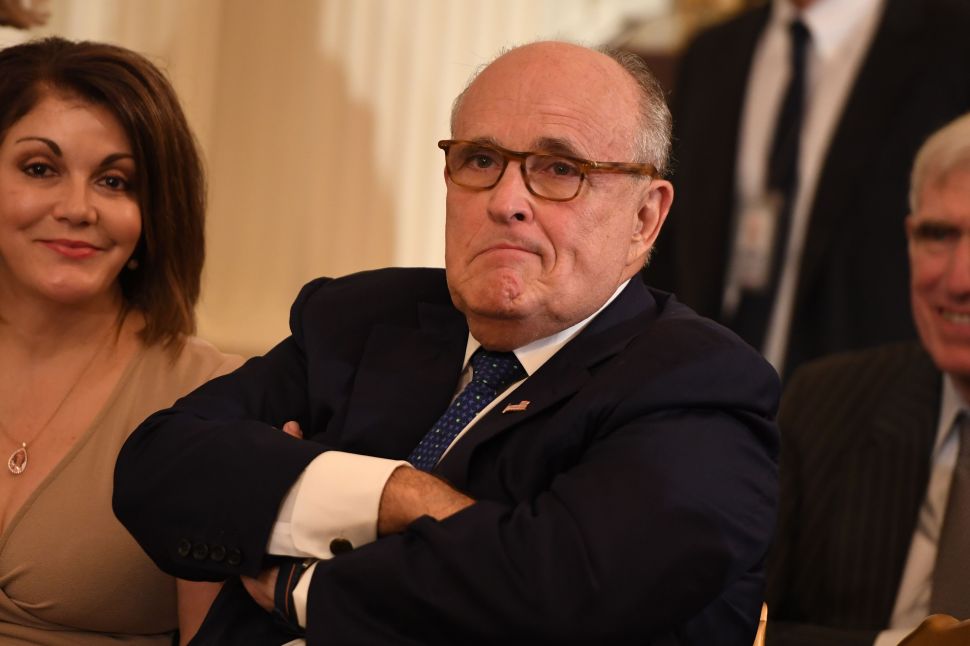