Supreme Court Justice Ruth Bader Ginsburg has reportedly been released from the hospital and is recovering at home after undergoing lung surgery last Friday. The feminist icon—who, in recent years, has become a pop culture phenomenon, not to mention one of the Trump era’s last remaining liberal crusaders with any actual clout—had two cancerous nodules removed from her left lung at Memorial Sloan Kettering hospital in New York City.

“Justice Ginsburg was discharged from the hospital yesterday and is recuperating at home,” said Kathy Arberg, public information officer for the Supreme Court, according to CNN. In a statement released by the court following RBG’s surgery on Friday, the court noted that while an initial pathology evaluation found both of the growths to be malignant, “post-surgery, there was no evidence of any remaining disease. Scans performed before surgery indicated no evidence of disease elsewhere in the body. Currently, no further treatment is planned.”

With SCOTUS scheduled to resume session on Monday, January 7,  RGB supporters have been left waiting on the edge of their seats, wondering whether the Supreme Court’s leading liberal justice will be well enough to hear cases. No official announcement has been made yet; however, history—not to mention Ginsburg’s notorious fighting spirit—indicates that we can expect to see her back on the bench.

Appointed to the Supreme Court in 1993 by President Bill Clinton, Ginsburg, 85, is currently the oldest and longest-serving justice. Throughout her 25-year tenure on the court, she has undergone numerous health scares, including two previous cancer diagnoses (she was successfully treated for colorectal cancer in 1999 and pancreatic cancer in 2009), but has never missed arguments.

Speaking to NBC News, the chair of thoracic surgery at Mount Sinai Health System in New York, Dr. Raja Flores, posited that the tumors removed last week from Ginsburg’s lung were likely a reoccurrence of her pancreatic cancer. According to the doctor, the biggest risks she’s currently facing are pneumonia and blood clots. “As long as she recovers from surgery well, she should be fine. I don’t think people should worry,” Flores said.

This summer, Ginsburg—who’s been the subject of two separate movies released this year: the documentary, RBG, and the feature film, On the Basis of Sex—told reporters that she hoped to stay on the Supreme Court for at least five more years. “I’m now 85,” Ginsburg said, according to CNN. “My senior colleague, Justice John Paul Stevens, he stepped down when he was 90, so think I have about at least five more years.” 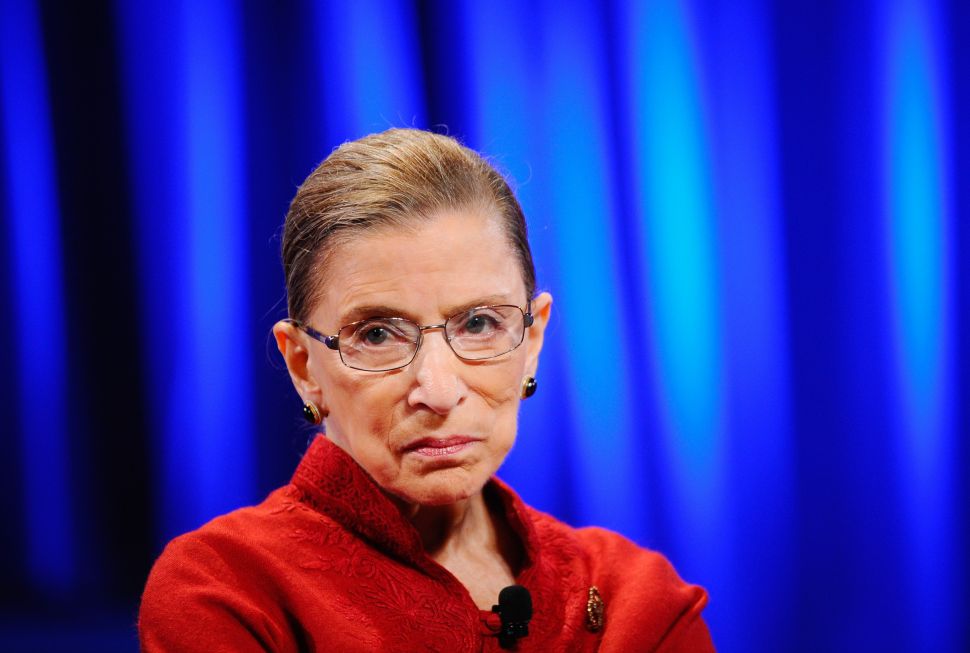