2018 has been a rocky year for global equity markets. To date, the Dow Jones Index has fallen more than two percent, wiping out all of its gains from the mid-year bull market; Chinese stock markets have been battered by Trump’s trade war; and the MSCI All Country World Index, a benchmark measuring global equity performance, has fallen 5.47 percent.

But one market is a notable exception: the Saudi stock exchange, or Tadawul. Against all odds, the Tadawul All Share Index has gained 9.67 percent so far in 2018.

According to a recent analysis by The Wall Street Journal of trading data and interviews with multiple sources working close to the Saudi royal family, MBS’ government has been secretly buying large volume of stock on the Saudi exchange during multiple sell-offs, since at least mid-2016, to keep the market afloat.

For example, over the seven weeks between October 21 and December 15 in 2016, domestic and foreign investors sold nearly $7 billion worth of stock on the Tadawul exchange. But meanwhile, a group of mutual funds and private money managers bought more than $8 billion worth of stock, far more than their normal level of buying, the Journal‘s analysis of trading data showed.

Similar acts of government interference were repeated twice in 2017: In June of that year, investors pulled $2 billion from the stock exchange when MBS ordered an economic blockade of Qatar, shortly after he was appointed crown prince. Around the same time, mutual funds bought $2.3 billion worth of stock. Then, in November, during MBS’ sweeping anti-corruption crackdown, investors cashed out $1.2 billion from Tadawul in a week. But at the end of each trading day during that period, the Tadawul index was able to remain flat or dip just slightly, thanks to a surge of government buying in the final trading hour.

And most recently, this familiar pattern was seen again as the investigation into the death of journalist Jamal Khashoggi revealed mounting evidence pointing toward the crown prince as the real culprit. On several trading days between October 10 and October 28, the Tadawul index saw multiple sharp surges in the final hour after a losing day—another strong sign of government manipulation.

A significant chunk of money flowing into the stock market during those unusual times came from Saudi’s sovereign wealth fund, the Public Investment Fund (PIF), sources familiar with the fund told the Journal. Those sources also said some managers inside PIF were frustrated with fund chief Yasir Al-Rumayyan’s orders to buy domestic stocks (one source alleged that Rumayyan had used WhatsApp to deliver trading instructions), as it took up resources that could have been used for more lucrative investment opportunities.

PIF is a major investor in American tech companies, including Uber and Magic Leap. It is also the largest shareholder in Silicon Valley’s investment powerhouse, the SoftBank Vision Fund.

Confirming PIF’s participation is difficult, though, because mutual funds and private asset managers who actually place purchase orders are not required to disclose who their clients are.

The Saudi stock exchange is a crucial part of MBS’ ambitious agenda to modernize Saudi’s oil-dependent economy. Through Tadawul, the crown prince wants to attract foreign investors to Saudi Arabia to help make its economy more diversified and globally connected.

He still has a long way to go. According to public data, Saudi government-related entities currently own 40 percent of the trading value on the Tadawul exchange, while foreign investors own just about four percent. 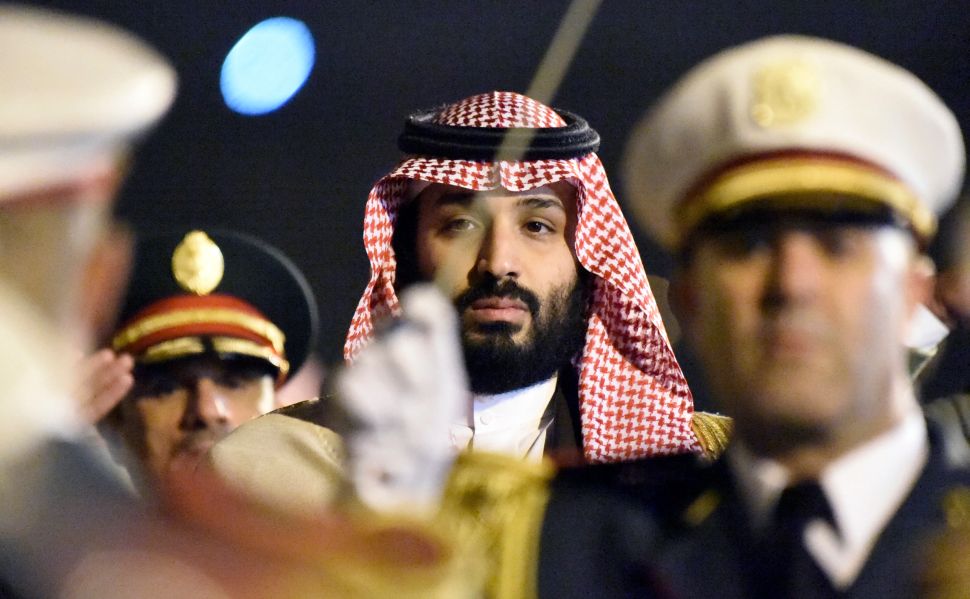