Saturday Night Live star Pete Davidson made just a brief appearance on this past weekend’s show following a cryptic Instagram post. Now, SNL creator Lorne Michaels is giving him some time away from the series to seek help.

On Saturday, Davidson posted an alarming Instagram message hours before the show that hinted at suicidal thoughts. The 25-year-old comic, who has been publicly vocal about his borderline personality disorder and mental health struggles, soon deleted the post after police were sent to NBC Studios to check on him.

“I really don’t want to be on this earth anymore,” Davidson wrote. “I’m doing my best to stay here for you but I actually don’t know how much longer i can last. all I’ve ever tried to do was help people. just remember I told you so.”

A source told Page Six that Michaels decided to cut Davidson from Saturday’s show to “give Pete a break.”

“His sketches were dropped before the early evening rehearsals,” according to the outlet.

The source also said that Michaels “pledged to help all he can, including sending Pete to get help. Everyone on the cast is hugely protective of him and were obviously upset—particularly Colin Jost and Michael Che on Weekend Update.”

Earlier this month, Davidson said on Instagram that his goal in speaking openly about his struggles with mental health issues, including thoughts of suicide, was to “bring awareness and help kids like myself who don’t want to be on this earth.” He also revealed that he had been the target of online harassment throughout his relationship and public breakup with fiancée Ariana Grande.

He continued: “I just want you guys to know. No matter how hard the internet or anyone tries to make me kill myself. I won’t. I’m upset I even have to say this.”

Davidson has quickly emerged as a fan-favorite during his four-year stint with SNL thanks to his “Resident Young Person” takes on Weekend Update. He’s also considered an ally and advocate for mental health awareness.

Saturday Night Live will return with new episodes in the new year. 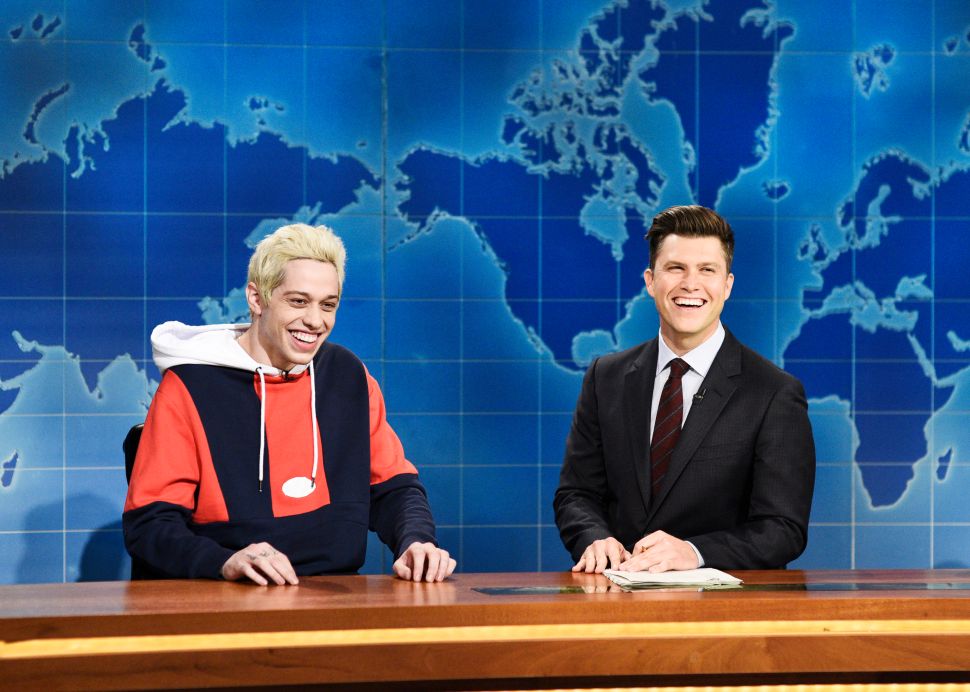