On paper, Warner Bros.’ 1998 sci-fi thriller Sphere should have been a hit. It was based on a popular novel written by Michael Crichton, whose screen-friendly work has been adapted into hugely successful projects like Jurassic Park and Westworld. It featured multiple movie stars, including Dustin Hoffman, Sharon Stone and Samuel L. Jackson. And it was helmed by Oscar-winning director Barry Levinson, who was known for delivering critically beloved moneymakers like Good Morning, Vietnam and Rain Man.

But, as we know, Hollywood is anything but predictable. Sphere failed to pop at the box office, earning just $37 million against its $80 million budget, or click with critics—it currently has a 12 percent on Rotten Tomatoes.

While we routinely lampoon reboot culture, which is currently running rampant in movies and television, in some instances a remake is justifiable. If an idea can be improved through modern filmmaking technology and updated with a modern sensibility—and the original isn’t a revered and iconic cinematic event that shouldn’t be touched—then we say go for it. That’s why we’d love to see a big-screen remake of Sphere, which, if handled with care, could be molded into a contemporary sci-fi classic.

The book revolves around Norman Johnson, a psychologist working for the United States Navy who joins a team of scientists assembled to examine a spacecraft of unknown origin discovered on the bottom of the Pacific Ocean. Sphere starts off as a straightforward science-fiction tale, but it quickly morphs into a suspenseful psychological thriller that explores the nature and power of the human imagination.

It’s hard to say much more than that without getting into spoiler territory, but just know that it’s an exciting and often frightening chamber piece that would lend itself to some bewildering and fantastical set pieces and effects. Sadly, we didn’t get them when Levinson attempted to translate it from page to screen 20 years ago. Add in some groan-inducing dialogue, prosaic plotting and scare tactics that would never interrupt your resting heart rate, and you can see why the movie failed to connect upon release (though we still kind of love it for its endearing over-the-topness).

Sphere wouldn’t be easy to adapt. The narrative is built around inexplicable phenomena, a tricky foundation that any filmmaker would find difficult. How does one conjure a compelling story when its central tenets are purposely ambiguous? What is there to latch onto? Also, once you bypass the first layer of intrigue, Sphere isn’t the most groundbreaking concept—many of its elements are familiar to the genre. But as a modern cross between Solaris, The Abyss and Inception, it has some structural and thematic support beams in place to make a damn good movie.

Warner Bros. may not be bullish on the idea after the financial shellacking the studio took two decades ago, but the material could shine under the right stewardship. James Wan (Aquaman) could create another fantastical underwater world; Alex Garland (Annihilation) could home in on its psychological access points; Lynne Ramsay (You Were Never Really Here) could massage the novel’s surrealist qualities into something more digestible; Guillermo del Toro (The Shape of ) would have a field day with its overall design, as would Peter Jackson (The Lord of the Rings). Honestly, we can think of countless filmmakers whose specific strengths and sensibilities would give Sphere new form.

The film’s drama is set on the ocean floor right next to a spaceship. It is cerebral with its emphasis on character psychology and also full-blown emotional, as its protagonists fight against their baser whims. Sphere is an attempt to reconcile the two sides of being human: logic and pure, irrational feeling. There’s also a giant squid, killer jellyfish and aliens. You can’t tell us that doesn’t sound like fun. Throw in a top-shelf cast with some combination of heavy hitters like Jessica Chastain, André Holland, Carrie Coon, Matt Damon, Ryan Gosling and Gugu Mbatha-Raw, and Sphere’s more fantastical elements will feel a bit more believable.

Will this reboot ever happen? Probably not. But if Hollywood is so intent on recycling old ideas, a second pass at Sphere could result in something infinitely superior—a gem for a new generation. Or, at the very least, one hell of a trippy Friday night. 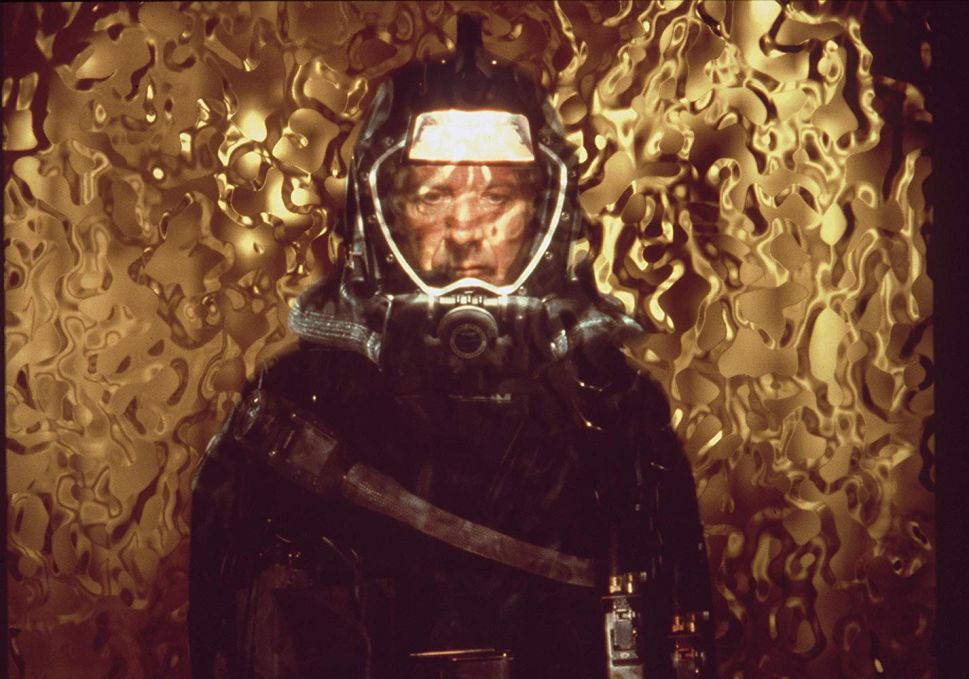