This is our first December without a new Star Wars film in four years, and there exists a cinematic void without it. Since that fateful day in 1977 when the film industry was changed forever, Star Wars has always been monolithic entertainment that represents American pop culture as a whole. Love it or hate it, the franchise is event viewing and the industry has grown accustomed to its recent annual holiday releases. But in the absence of a fresh blockbuster this year, the best we can do is look ahead to J.J. Abrams’ Star Wars: Episode IX—which will drop out of hyperspace in December 2019—and discuss the potential resolutions we hope our new generation of characters will find.

We’ve previously waxed poetic about the potential redemption of Kylo Ren, but the question bears revisiting. The battle for the character’s soul—is he Kylo or is he still Ben Solo?—is one of the sequel franchise’s defining arcs. He is a character of conflict, victim to the push and pull of morality and darkness. Driver himself has refrained from discussing the character’s future in IX to avoid potential spoilers, suggesting that his internal struggle still has room to fester.

His character is a natural maturation of Anakin Skywalker. While the latter was seduced and manipulated by the Dark Side, our new Sith stand-in willingly approached it out of a sense of abandonment and betrayal, though he still remains divided in his commitment. The Last Jedi brought him to the brink of returning to the Light, and IX could complete that 360 degree journey or send him tumbling further down the wrong path. Whatever serves as the catalyst for his direction will undoubtedly play a pivotal role in the movie. (Lucasfilm head Kathleen Kennedy notably did not mention Kylo Ren last year when discussing the potential future of these characters after the trilogy closes out.)

We cannot deny his culpability in an intergalactic genocide, but we can concede that redemption is not out of his grasp. Whether or not he can be forgiven, however, is an entirely different and equally fascinating thematic question that we hope IX embraces. 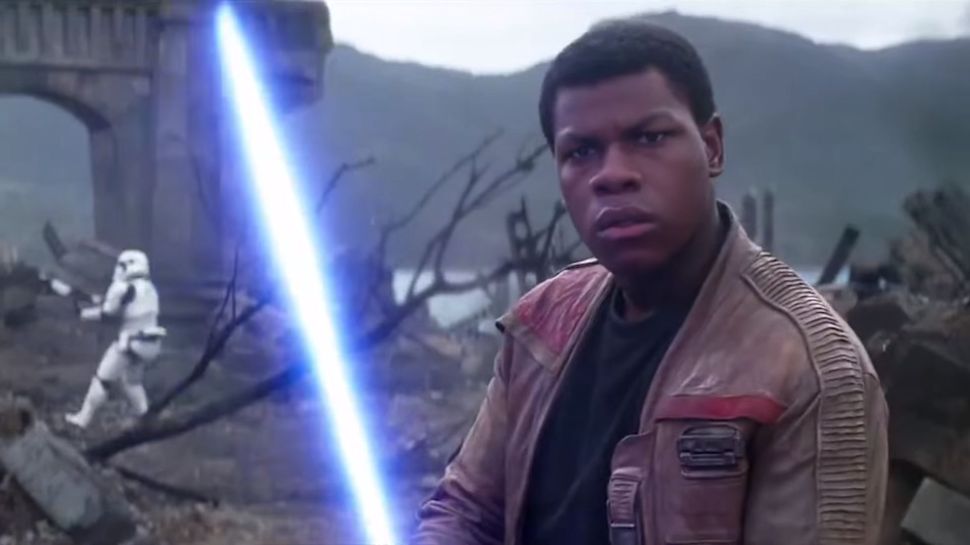 John Boyega’s Finn was mishandled in The Last Jedi as he was far too disconnected from the main story. IX will need to reintegrate him into the central conflict and, in doing so, will maximize Boyega’s skills as a performer. Finn works best when he’s playing off the other main characters (Boyega just oozes charm and charisma); unfortunately, he and Kelly Marie Tran (Rose Tico) did not boast the best chemistry together during their misguided side-quest last year. Audiences love to hate the Canto Bight sequence from The Last Jedi for its hokey flavor and its seeming unimportance to the real journey. Let’s avoid that by keeping the character in the same orbit of our other franchise mainstays.

Finn’s perspective is a new one within the Star Wars world, as someone raised by the industrial military complex that is the First Order. Despite a lifetime spent within its rigid trappings, Finn is not a product of his environment. He is an individual who thinks for himself and, really, the first of our new Star Wars generation characters to establish his own agency—a nameless cog-turned-Rebellion champion. He grows into the role of hero gradually, starting off with concern only for himself and Rey before eventually giving himself over to the greater conflict. He’s learned to care.

That sets him up to be the grand battle hero of IX in some way. There are two types of victors in Star Wars: the personal and intimate heroes, roles normally reserved for Jedi (i.e., Luke resisting the Dark Side and reclaiming his father’s spirit in the process); and the more public winners, such as Lando Calrissian blowing up the second Death Star. Finn seems to be heading toward the latter given his journey up until now. 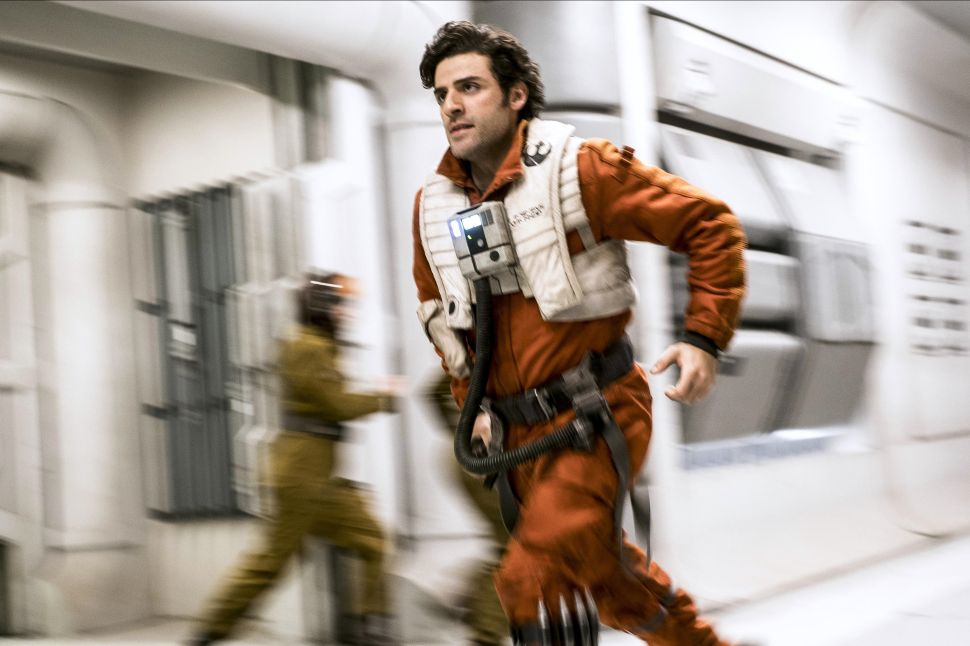 Oscar Isaac’s Poe Dameron could have been handled with a touch more tact in the last film, but his overall arc still resonates. At this point, both Leia (Carrie Fisher) and Admiral Holdo (Laura Dern) have imprinted on him valuable maturation that his character desperately needed. There’s a difference between being a hero and being a leader, which is a distinction not often made in today’s blockbusters (see: Spider-Man: Homecoming). When we first meet him, Poe is the cocky hot shot pilot who’s one-part Han Solo, one-part Luke in an X-Wing. But in order to become more than just a great soldier, Poe has had to evolve beyond his own self-assured showmanship.

Sometimes, in order for everyone to benefit, someone has to suffer. Leia urged Poe to take a broader view of the conflict as she groomed him for command, but like a child resisting a lesson from his parents, he couldn’t see the point. Holdo then punished him for his insubordination, and her self-sacrifice finally drove home the idea that there is more to winning than just the battle at hand. As Leia tells him, “She was more interested in protecting the light than being a hero.”

With the tragic passing of Fisher, Poe may be pushed into more of a leadership role in IX, especially now that he has come to appreciate the nuances of command. That may impact his presence in the next installment—putting him in a strategic position that would allow others to shine under him, rather than rushing to the forefront of the action as he’s accustomed to.

However, while the character is incredibly popular, he’s not as essential to the overarching story as the others. Harrison Ford never got his wish to see Han Solo killed in Return of the Jedi, but Poe Dameron may not be so lucky. A dramatic story needs dramatic stakes.

Daisy Ridley’s Rey is the true protagonist of the Star Wars sequel franchise, the main character upon which the entire story hinges. That is why The Last Jedi was so crucial for her development and for the Star Wars franchise as a whole.

The reveal that her parents were nobodies was paramount to the development of the series, enabling Star Wars to move away from the destiny-riddled Skywalker family and free itself from the shackles that reduced a galaxy-spanning saga to a few blood relatives. In IX, we hope she takes the spiritual place of beloved animated Star Wars character Ahsoka Tano. (Unless, of course, Keri Russell is playing the character in the new film? Highly unlikely, but a nerd can dream.)

For those that don’t know, Ahoska was Anakin’s padawan during the Clone Wars. She was someone who stood on the side of good, but ultimately grew disillusioned with the hypocrisy and arrogance of the Jedi Order, leaving the religion and becoming a middle-ground Gray Jedi.

The seeds for a similar turn have already been planted in Rey. The original trilogy introduced us to the Jedi ways, a paradigm audiences revered for decades. But the prequel and sequel trilogies are both built around deconstructing the Jedi mythos and accepting the Order’s shortcomings so that something better can be borne out of its destruction. With no other Jedi left, Rey can reshape the ideology, unencumbered by the strict, biased and single-minded policies of the Jedi Order. As Yoda tells Luke in The Last Jedi, “Pass on what you have learned. Strength, mastery, hmm… but weakness, folly, failure also. Yes: failure, most of all. The greatest teacher, failure is. Luke, we are what they grow beyond. That is the true burden of all masters.”

Rey represents an acknowledgement of the flaws of the past and the hope for a better future. In turn, we hope that the realizations she began to arrive at in The Last Jedi are not undone in the trilogy-capper in favor for a more straightforward and easily digestible conclusion. She must continue to grow beyond what we expect of a Jedi.