As Netflix’s hit series Stranger Things picks up narrative steam, its showrunners, brothers Ross and Matt Duffer, are doubling down on their thematic homages to the 1980s, perhaps America’s most iconic decade. In fact, according to a brand-new teaser trailer released on Sunday, it appears that the finale episode of the highly anticipated third season of the show will take place in one of the country’s greatest monuments to the Reagan years: a shopping mall.

The trailer is brief, but it does reveal every Stranger Things Season 3 episode title, which makes it rife for speculation. In order, the episodes are: “Suzie, Do You Copy?” “The Mall Rats,” “The Case of the Missing Life Guard,” “The Sauna Test,” “The Source,” “The Birthday,” “The Bite” and, crucially, “The Battle of Starcourt.”

Starcourt, you might recall, is the name of a shopping center featured in a much more detailed Stranger Things teaser released earlier in the summer.

The Starcourt-centric teaser didn’t tell us anything about the carefully guarded plot. It was really just a corny, silly and perfectly ’80s mock infomercial for the mall some of our favorite characters (plus a few new ones) will be working in.

However, the fact that we now know that the crucial last episode will include a battle in the aforementioned mall gives us major insight into what the Duffer brothers want their next season to build towards. David Harbour, who plays Sheriff Jim Hopper, said in October that the third installment will include a shift in focus.

“It’s really interesting to watch, because we’ve sort of cleared up the main problem,” Harbour told Vanity Fair. “You see in the end of Season 2 that the Upside Down is still kind of there, but we really sort of solved it. We closed the gate. So, this is a year for Hopper of real domesticity. Eleven’s been validated, she has a birth certificate. She’s a part of the world in some way. It’s really how Hopper deals with domestic issues.”

What better setting for resolving domestic issues and participating in the world than the mall, a.k.a. the Agora of the late 20th century? The Duffers have garnered their fair share of criticism for their “nostalgia-bait” idolatry, a lot of which included pandering to nerd culture with video game and cult movie references. Zeroing in on the mall, though, is a real masterstroke.

The once-popular cavernous gathering place focused around physical retail has seen itself ravaged by the internet and the uncontested domination of online shopping.

Within four years, experts predict, a quarter of American malls will be closed. Since 2002, department stores have eliminated 448,000 jobs for a total decline of 25 percent. This is a gutting development for those of us who discovered and reinvented our identities while walking up and down the glimmering tiled hallways and food courts of these mammoth marketplaces, many of which are already dead.

The Duffer Brothers know their audiences miss going to the mall as much as they do, which is why they’re bringing it back. Like a zombie rising from the grave in a classic horror movie, Stranger Things resurrects those impressionable, soul-stirring experiences we can never have again. While establishing a great reputation for its gripping, mysterious plots and impeccable casting (hello again, Winona Ryder!), the show primarily functions as a love letter to a period of American history that’s firmly cemented in our collective imagination.

Clearly, its wholehearted embrace of nostalgia has struck a cord with viewers: Stranger Things is the most popular streaming television show in the world. 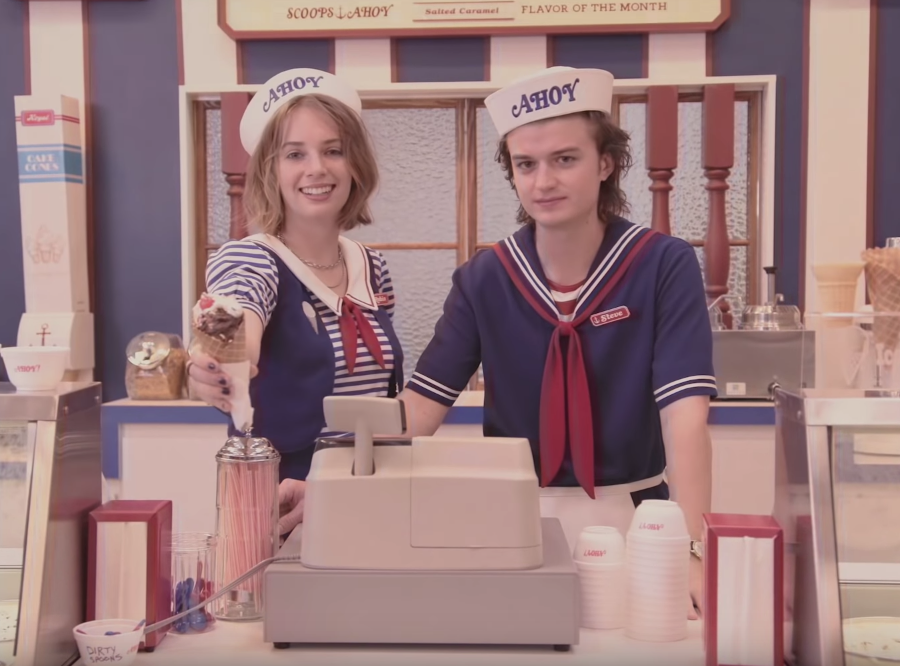