In technology, it’s obvious when innovation has rendered an existing device useless. The cassette gives way to the CD, which is then replaced by the digital download. A superior product leads to the demise of its predecessor. But the same doesn’t hold true in entertainment, where concepts are recycled endlessly to varying results. When a reboot fails, Hollywood executives must ask themselves: Was the execution lacking or is the property just no longer relevant?

That’s the point we’ve reached with our greatest contemporary mythological figure. Today marks the 40th anniversary of Superman, director Richard Donner’s 1978 feature about the famous comic book hero, which in its time was rightfully lauded as a revolutionary achievement in technical big-budget filmmaking. The movie helped establish science fiction as a bankable genre in Hollywood while inadvertently providing a prophetic template for the film industry of the present. It tapped into the country’s nostalgic patriotism in the midst of the Cold War, and did it to resounding effect. Christopher Reeve’s Man of Steel was how we wanted to see ourselves, the image we hoped to project to the world: one of truth, justice and the American way. He was idealism personified—and endearing enough for us to forgive him for wearing underpants over his uniform.

But beyond the movie’s roots in friendly propaganda was a surprisingly affecting story that delivered embraceable escapism and character nuance. The destruction of Krypton levied great responsibility onto the planet’s last son, while his upbringing under the steadfastly moral Kents cocooned him in a state of innocence. Reeve portrayed every shade of Superman’s grand fate pitch-perfectly. The hero’s inherent optimism, reflected in John Williams’ iconic theme song, was perhaps his greatest strength.

Unfortunately, the franchise couldn’t maintain its momentum after 1981’s successful Superman II and, 40 years after the first major Superman film became a classic, Hollywood still hasn’t been able to skim its great heights with its big-screen sequels and reboots. It’s a bird, it’s a plane, it’s another underwhelming reimagining.

Superman Returns (2006) made the valiant attempt to humanize our hero by exploring his isolation from mankind, but it never fully coalesced. Despite the movie’s wise focus on Kal-El’s interpersonal ties to this world—his human love interest, Lois Lane (played by a miscast Kate Bosworth) and a young son to further tether him to our blue planet—director Bryan Singer failed to modernize the property. Instead, he opted for a continuation of and an homage to Donner’s franchise rather than a reboot.

At times, Superman Returns is a nostalgic blast of enjoyable aw-shucks charm, with its star, Brandon Routh, giving a wonderful and inviting Reeve impression. But ultimately, Singer hewed too close to the tone and style of the 1978 version. I enjoyed Superman Returns more than most, but even I can admit that its dull stretches made watching Pa Kent die feel like Mardi Gras. When audiences complain that this iteration of Superman—with his rigid boy scout morality and long list of invulnerabilities—is boring, this is what they’re talking about.

Fast-forward a bit, and Zack Snyder’s 2013 Man of Steel and 2016 Batman v Superman: Dawn of Justice swung too far in the opposite direction to differentiate the character (meanwhile, we have no idea what’s going on in last year’s Justice League). Though darker and more viscerally thrilling than Superman Returns (which did, however, have a spectacular opening airplane rescue), Snyder’s take was weighed down by unrelenting nihilism. Yes, society has grown more cynical since the ’70s, and Snyder was right to lean away from Superman’s boyishness, but it comes at the expense of his core character. This version of our hero is more of a fighter than a savior. In Dawn of Justice, rather than play Supes’ hopefulness off Batman’s brooding, the director gave us an unrecognizable protagonist who can’t articulate his motivations or feelings—if he has any at all.

Three movies in and it’s impossible to say what star Henry Cavill can really do with the character—now we’ll never know. Striking a balance between the uplifting optimism of the original and the vulnerability needed to make a character compelling to modern audiences is a tall order for any filmmaker, and Snyder’s attempts to do so proved polarizing.

No Superman film this century has taken full advantage of the character’s upside. The DC Universe version dealt with the collateral fallout of his destruction, but rarely asked how the hero himself felt about it. He doesn’t have the luxury of physically losing control, even for an instant, though innocent bystanders routinely get caught in the crossfire. What toll would that take on him over time, and what would happen if he ever unleashed his full potential? André the Giant felt alienated in a world that wasn’t meant for a man of his stature—multiply that by infinity and you’ll still be at least a planet away from Superman’s predicament.

And what about Superman’s commentary on mankind? Unlike other blockbuster heroes, he doesn’t have a traditional alter ego. He didn’t grow up as one thing and then become another, like Peter Parker getting bitten by a radioactive spider as a teenager. Kal-El was super from the moment he landed on Earth. Clark Kent is the mask he wears to conceal his true identity; he dons his nerd glasses and tones down who he really is to become a cipher among the masses. What does that say about our species and his view of us? His facade can be viewed as an indictment of the human race, and is worthy of its own assessment.

Some fans insist that Superman’s story doesn’t lend itself to a modern retelling, but we’ve seen the similarly idealistic Captain America thrive in the Marvel Cinematic Universe, where his humble man-out-of-time routine is nicely juxtaposed with the complexities and threats of the present. As beloved comics writer Grant Morrison once said of Superman, “The actual stories are all still about guilt, and loss, and fear, and love, and everything we understand, just on an epic scale…Those are all the things that make the story. The great thing about Superman is that even when you can juggle stars, Lois Lane can undermine them with one cruel word.”

There are layers to this Kryptonian that are worth unfurling, layers that go beyond his superpowers or his seemingly outdated positivity. Certain works have dug into the bedrock of his personal foundation. From the legacy-wrestling of Morrison’s mid-aughts All-Star Superman comic books, which saw our hero come to grips with his imminent death due to solar radiation poisoning, to the revealing nature of Alan Moore’s 1985 For the Man Who Has Everything, which laid bare his surprising inner-most desires in a trance-induced dream, we have witnessed another side of this character. His saga has actually offered stark observations about the world, and these modern takes can serve as the guiding vision for new cinematic chapters.

Superman has always represented hope, and audiences can still hope that another great film adaptation of his story—one that honors the legacy of 1978’s Superman—is on the horizon. Our hero is a long way from becoming obsolete. 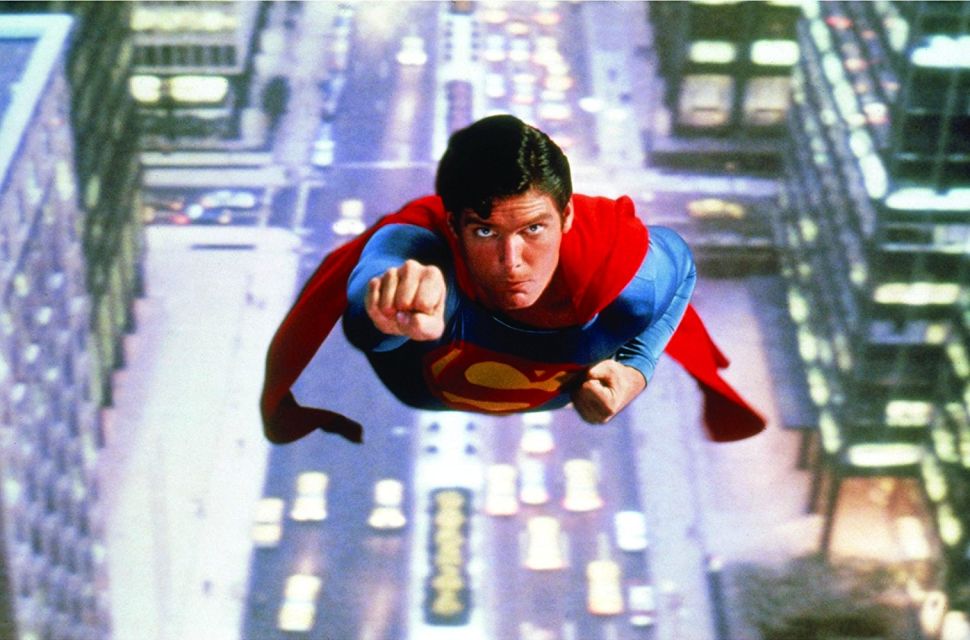