Early in the morning last Friday, Alexander Samek, the 45-year-old city planning commissioner of Los Altos, Calif., felt as if he might have had a little too much to drink at his Thursday night happy hour. So, as he was about to drive home in his gray Tesla Model S, he turned on the electric vehicle’s autopilot function, or technically known as the driver assistance system.

A few minutes later, he was found asleep at the wheel by California Highway Patrol (CHP) officers, while his Telsa was driving itself at 70 miles per hour (the speed limit) on Highway 101 in Redwood City.

Unable to wake the driver, one police car had to get in front of the Tesla in order to prompt the self-driving vehicle to stop. It had run seven miles from Samek’s starting point by then.

CHP spokesman Art Montiel said it was the first time officers had employed this strategy to stop a suspected DUI.

“After they were unable to stop the vehicle, due to the driver being unresponsive, a unit came up in front of the vehicle and started slowing down, assuming that the driver-assist feature might have been used at the moment,” Montiel told CBS San Francisco. “That actually worked, and officers went up to the driver’s side and tried to wake up the driver.”

“It took them a while to wake him up,” he added.

Samek was taken into custody at a gas station in Palo Alto after reportedly failing a sobriety test. He was subsequently booked into the San Mateo County jail on suspicion of DUI.

ABC News Bay Area reported later that Samek was released on Friday morning. He is expected to make a court appearance sometime in January.

Booking photo for Alexander Samek was just released by San Mateo Co. Sheriff's Office. He was released from jail earlier today, but is expected to make a court appearance sometime in January, per district attorney. Fellow Tesla owners say they're glad no one was hurt this AM. pic.twitter.com/rhgn6fWyn4

Samek is the second known Tesla driver who has been arrested for passing out behind the wheel of a self-driving car.

In January, CHP arrested a man who had passed out in his Tesla while the car was running on autopilot on the Bay Bridge.

When u pass out behind the wheel on the Bay Bridge with more than 2x legal alcohol BAC limit and are found by a CHP Motor. Driver explained Tesla had been set on autopilot. He was arrested and charged with suspicion of DUI. Car towed (no it didn’t drive itself to the tow yard). pic.twitter.com/4NSRlOBRBL

Tesla’s driver assistance system, while programmed to help the human driver navigate traffic conditions during transportation, is not designed for fully autonomous driving. The system must be operated under the active supervision of a driver and will ask the driver periodically to hold the wheel if the driver goes hands-free for too long. And if the driver is unresponsive, the car will eventually start to slow down and gradually come to a stop. 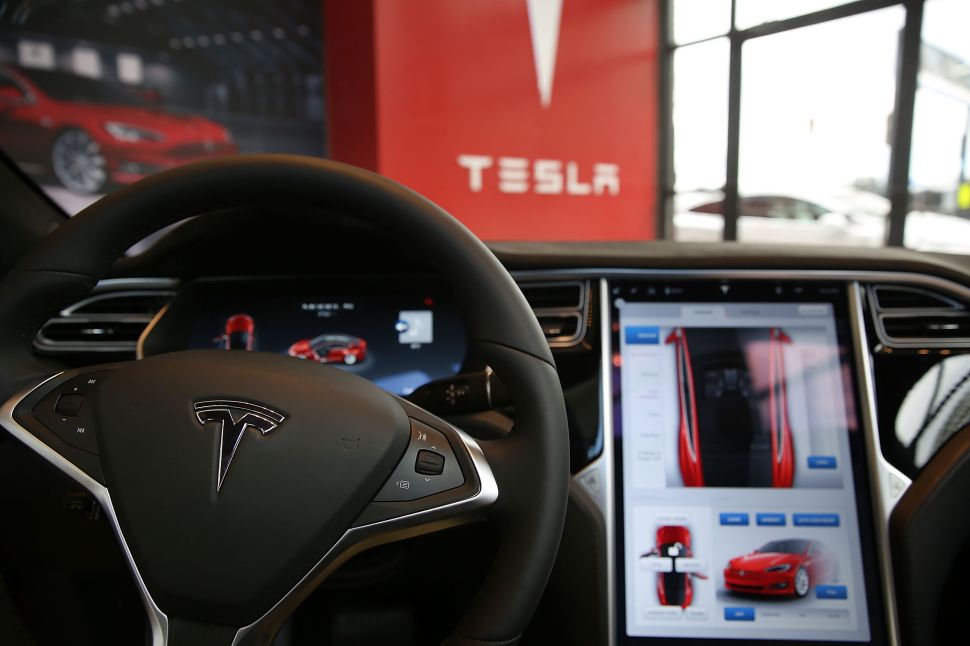