Anyone who reads this site on the regular knows that we absolutely adore NBC’s The Good Place, which stars Kristen Bell and Ted Danson. It’s consistently one of television’s very best bingeable shows and the spiritual successor to the delightfully unconventional Community. Unfortunately, it’s also one of broadcast’s lower-rated series, with less than three million weekly viewers tuning in for live episodes. Surprisingly, however, the show’s poor live viewership is what makes it the perfect microcosm of television in a digital age.

The Good Place will resume its third season on January 10 and thankfully return for a fourth season next year despite these low ratings. Why? Because Nielsen’s live-viewership metrics, long considered the be-all and end-all rubric for small-screen popularity, has grown increasingly obsolete in the streaming era. As audiences enjoy unprecedented control over how and when they consume content, we must expand our scope of evaluation. Live-plus-same-day (Live + SD) viewership has given way to the more encompassing live-plus-three day (L + 3D) and live-plus-seven-day (Live + 7D) metrics.

As reported by the New York Post, The Good Place is actually one of NBC’s highest-rated shows when judged by delayed audiences, racking up around 10 million weekly viewers when accounting for streaming platforms (NBC’s digital platforms, DVRs and Hulu). Per the report, around six million viewers are not watching The Good Place live.

To its benefit, the show is consistently lauded with critical acclaim. On top of rave reviews, it has earned numerous Emmy and Golden Globe nominations, including Best Television Series—Musical or Comedy. Though that hasn’t translated to expanding the show’s live audience, it does keep NBC in the conversation for “Best Of” lists and awards talk.

Though the report doesn’t include any concrete numbers, one must assume that streaming has also maintained viewer interest during off-seasons. As is the case with several other network shows included in licensing agreements with Netflix, new episodes aren’t made available on the streamer until a few weeks before a new season is set to premiere. This helps fans catch up before a new batch of episodes arrives while also giving new viewers the opportunity to hop on board the bandwagon. For The Good Place, Netflix has opted to release the most recent season every September—which unfortunately means that fans may not get to see Season 3 on the streamer until September 2019.

Still, when viewed from afar, we see how all of these moving pieces fit together to paint a more holistic picture of a show’s popularity. In other words, we’re really forking psyched The Good Place is actually a hit. 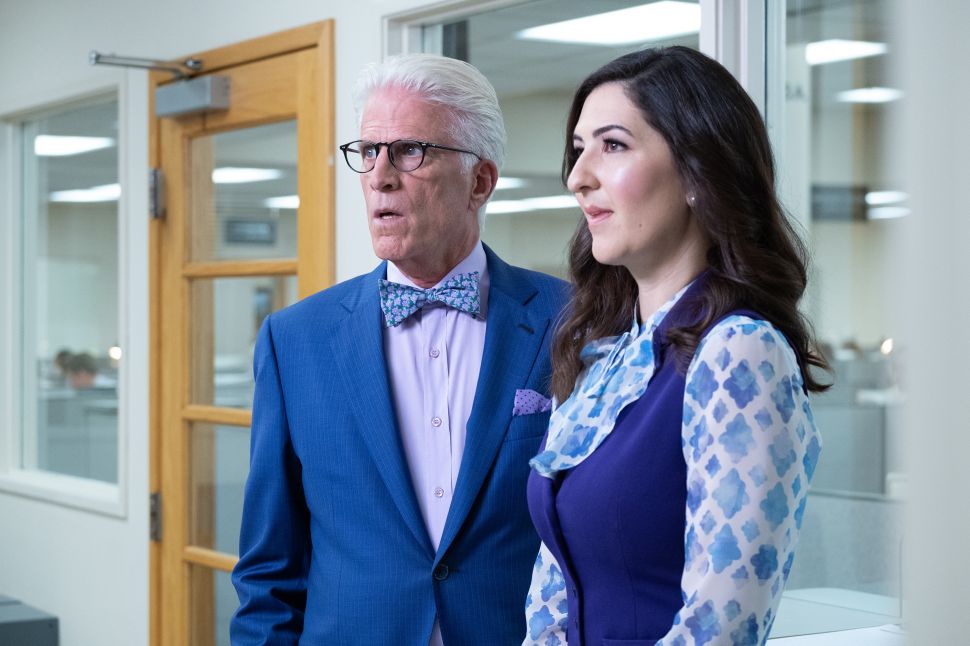