Any journalist in 2018 would salivate at the kind of material Tina Brown and Jay McInerney were rolling in at the peak of the 1980s: crime, drugs, Donald Trump swanning around the nightclub circuit in suits his daddy bought him.

During “Vanity Fair Diaries: Revenge of the ’80s,” a conversation between Brown and McInerney hosted by Manhattan’s 92nd Street Y on Tuesday night, the legendary editor proved she’s just as fascinating synthesizing the current zeitgeist as she was at the height of her power.

When an audience member asked what she thought of President Trump, Brown was characteristically forthright. “There’s something authentic about his voice,” she said. “You feel there’s this emptiness in him, which is so interesting. There’s a sort of psychological emptiness that has to be filled and assuaged all the time.”

She continued, “The father is a really sort of flashy lowlife. His mother is never in any story. Who is Trump’s mother? Whatever happened in the potty training?”

Trump, of course, would be the perfect subject for a classic Tina Brown scoop. He’s provocative, larger-than-life and undeniably, eternally Manhattan.

The New York media landscape is always in a state of turnover and upheaval, a fact that is blindingly obvious to anyone who makes their living in the chaotic churn of 21st-century digital journalism. Brown and McInerney, however, are products of another era—one that afforded them the ability to go big or go home without worrying much about the consequences. In the ’80s, magazines had an incredible amount of cash to spend.

“Tina flew me out to Tangier to cover an obscure literary writer,” McInerney said. The author of 1984’s Bright Lights, Big City couldn’t believe his editor was willing to foot the bill.

But at that point, Brown’s Vanity Fair was as witty and over-the-top as the editor in chief herself. “We decided we were going to go to the Oscars, and we went to the Oscars,” Brown said. “The amount of decadent afternoons we spent dressed to the nines in the back of limos—it was quite lighthearted.”

The excess may have seemed limitless, but there was nothing shallow about the publication Brown built. She made sure that her spin on the magazine was as challenging as it was glamorous. When she first touched down in New York City in 1983 to take over Vanity Fair, she was barely out of her 20s, but her reputation as a bloodthirsty British tabloid journalist preceded her. Her goal for the publication: raucous, unsparing reporting.

Still, even armed with her considerable nerve, she was intimidated by the Big Apple at first. “New York in the 80s had an incredible pace to it,” Brown said. “I was mowed down by this energy and this materialism. I couldn’t imagine really ever adjusting.” But she quickly did. 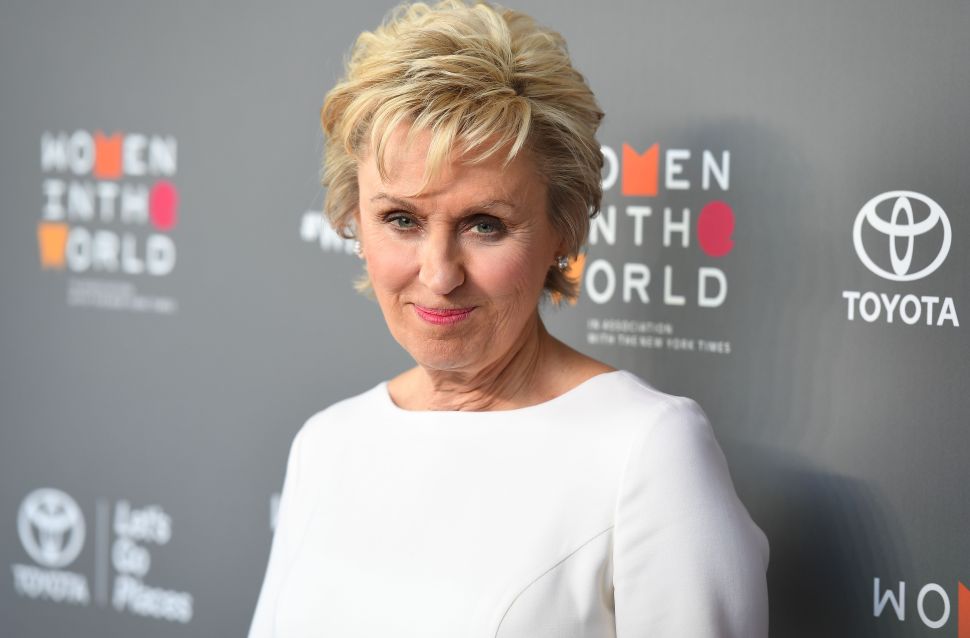