Overwritten by Aaron Sorkin the way he overwrites everything, lacking the tenderness, detailed observations and nuance that were hallmarks of both Harper Lee and Horton Foote, who adapted the greatest of American novels into the 1963 movie masterpiece, the new Broadway version of Lee’s beloved literary treasure To Kill a Mockingbird left me underwhelmed (slightly) and disappointed (sort of). But even though it lacked the impact I hoped for, my reservations are minor compared with the joy I feel that a major work of literature is being felt and argued and revisited again. The production on view at the Shubert Theatre, guided with confidence by Bartlett Sher, has shortcomings, but they pale in the light of a work this rewarding.

As Atticus Finch, the small-town lawyer with little criminal trial experience but an enormous sense of integrity, decency and justice who takes on the task of defending an innocent black man accused of raping a white woman amid the dense ignorance and blind bigotry of a hick town in Alabama during the Great Depression, Jeff Daniels is no Gregory Peck. Good as he’s been elsewhere, he’s too young for the role, his Southern accent waffles in the caricatured drawl of muffled movie-actor mumbling, and his moments of strength and wisdom that inspire his two fatherless children to worship him for the rest of their lives come and go, but always convincingly.

The children, a six-year-old tomboy named Scout and her adored ten-year-old brother Jem, played to perfection by Mary Badham and Philip Alford onscreen, and their best friend Dill (based on the adolescent Truman Capote, who spent childhood summers with Harper Lee), are no longer played with the same spirit, energy and charm on display throughout the film. How could they? They are now adults (Celia Keenan-Bolger, Will Pullen and Gideon Glick) looking back at the events that shaped their youth with the mirrored reflection of a memory play.

Instead of watching with reverence from the balcony of the hot, airless courtroom in Maycomb (actually the town of Monroeville where visitors today visit the real-life settings on guided tours) the grownups, costumed as kids, wander around the set, leaning on the jury box, gazing over the shoulders of witnesses and commenting on the action in a manner I found annoyingly distracting.

The play no longer leads up to the rape trial, but begins with it. Everything else, from the fearsome mysterious neighbor Boo Radley who turns out to be a hero, to the eventual disheartening failure of Atticus to save the accused black defendant Tom Robinson from a tragic ending, unfolds like research for a work of fiction. Nothing erodes the memory of Collin Wilcox as the tortured Mayella Ewell, the white-trash girl who looks for love in the wrong places to cover up the cruel abuse of her own father, the power of the scene where Atticus faces the Ku Klux Klan shamed by the recognition of a child who goes to school with their children.

Tertiary characters are introduced who were not in the movie. Other scenes have been deleted by Aaron Sorkin’s editing pencil. So why do I recommend To Kill a Mockingbird onstage? The kindness and grace of a man who genuinely believes there is goodness in every man is still a lesson worth heeding by people of any age, especially in a harrowing world like the one we now inhabit. Atticus believes in equal rights for all, regardless of race, creed or bank account. He also believes in the law and the duty of everyone decent, fair and humane to uphold it. The play provides a chance for a new, younger generation to share the values and principles set forth by one of the most cherished authors in American letters. It’s an experience that must not be overlooked. The reasons for an older generation to revisit a masterwork or expose a younger generation to see it for the first time are numerous. This is the first time I have not been moved to tears by To Kill a Mockingbird, but that’s my can and I’ll carry it. 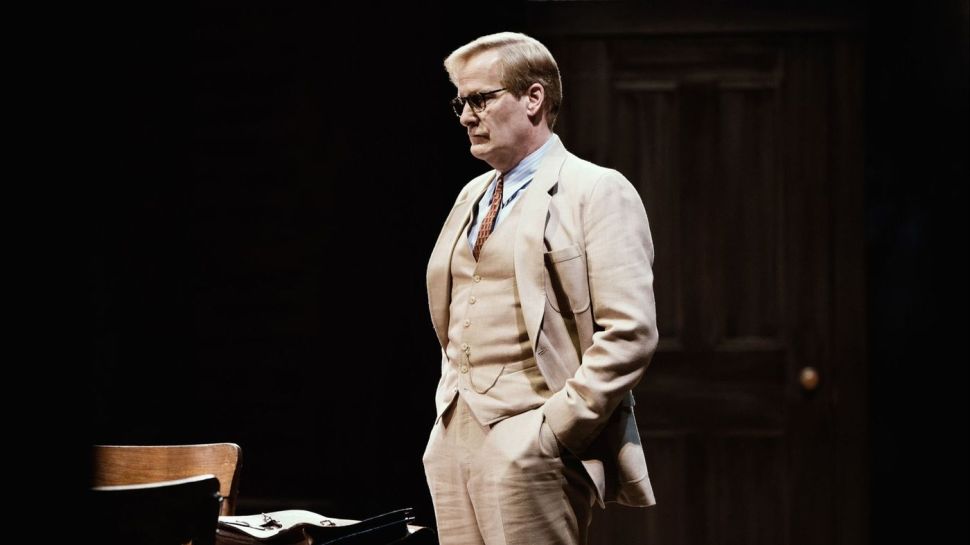