President Trump declaring victory over ISIS, and the immediate withdrawal of troops from Syria, has elicited mixed reactions from Washington. While some of the president’s long-term critics (such as California Congressman Ted Lieu) have praised the effort, other skeptics say the tweet harkens back to George W. Bush’s “Mission Accomplished!” speech.

We have defeated ISIS in Syria, my only reason for being there during the Trump Presidency.

“The declaration of victory over ISIS brings back memories of the Bush 43 ‘Mission Accomplished’ moment after the invasion of Iraq, which was far from a strategic or PR success,” former CIA officer David Priess told Observer.

Standing aboard the USS Abraham Lincoln, Bush famously announced 15 years ago that “major combat operations in Iraq have ended.” To this day, U.S. military forces remain stationed in Iraq, and the war has no end in sight.

“There’s always a desire on the part of presidents to say ‘Alright, we’ve had enough of this situation. We are drawing to a close this commitment,'” Scott Anderson, a former legal advisor for the State Department and U.S. Embassy in Baghdad, told Observer. “You see this resurgence of the security consequences of some of those choices. The Bush administration suddenly found itself dealing with what happens when you knock out an authority of a state.”

Bush wasn’t the only president to struggle with how to effectively terminate a foreign intervention. Acting on his predecessor’s timetable, as established in the 2008 Status of Forces agreement, former president Barack Obama also declared a premature victory in Iraq, saying that the U.S. had met its responsibility and it was “time to turn the page.” Responding to the growing threat of ISIS over his administration’s tenure, Obama frequently redeployed troops to the region.

“The Obama government was dealing with what happens when you pull U.S. troops out and an Iraqi state isn’t able to maintain control of the northwestern part of its territory,” explained Anderson. “The same is going to happen here. This political pressure to make a big show about a removal isn’t going to jibe with the strategic realities, which is that these situations are very difficult to pull out of.”

The former diplomat said that while the situation in Syria “definitely improved from where it was two years ago,” a power vacuum will emerge in the absence of American leadership, especially as hostile parties try to oust U.S.-backed Syrian Democratic forces.

“At a minimum, you’d want to see an orderly withdrawal process with clear lines of responsibility and ensuring any security vacuum is minimized,” continued Anderson. “There’s no sign that has happened here. All signs point to the contrary and that creates a really dangerous situation that is going to undermine longstanding U.S. interests.”

Anderson declined to comment on remarks given by Obama’s foreign policy advisor Charles Kupchan at Yale last year, where the aide said the White House regularly swatted away “bad ideas from the State Department, including sending 100,000 troops to Syria.” 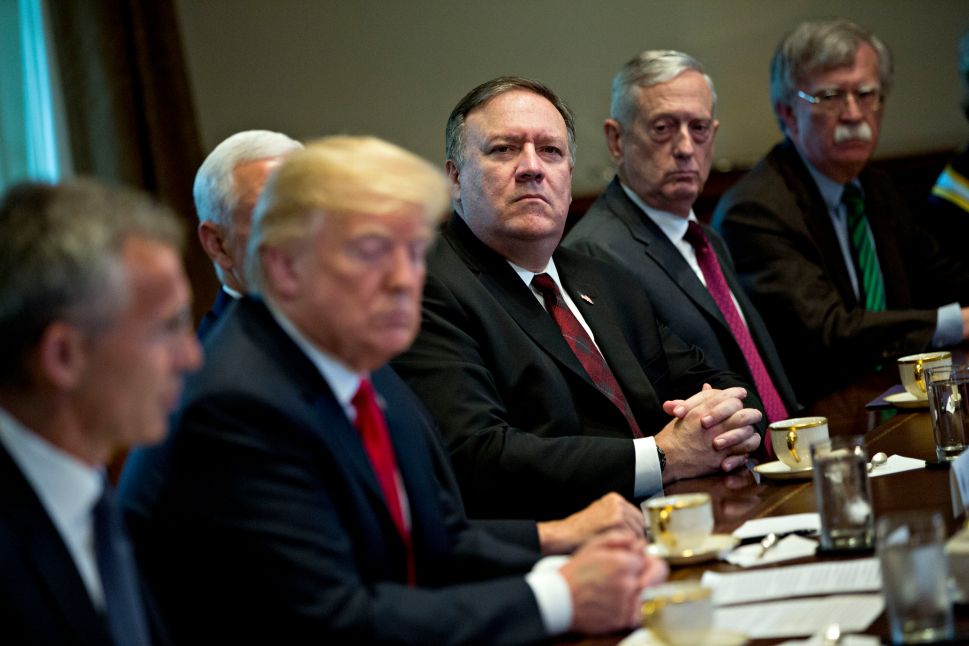