President Trump reportedly “stormed out” of the Oval Office after his media showdown with Democratic leaders Nancy Pelosi and Chuck Schumer.

According to The Los Angeles Times, the president flicked a folder out of frustration and sent “its papers flying out.” In an interview with MSNBC, the reporter who authored the piece claimed Trump “scattered” the briefing papers and “threw them across the room,” citing an account from an anonymous Trump administration official.

Here's @EliStokols's new reporting on how Trump "stormed out of the Oval" after his meeting with Pelosi & Schumer today #Hardball pic.twitter.com/VIR9Vq5vTW

Held over the polarizing topic of immigration policy, the Trump-Pelosi-Schumer meeting on Tuesday has Democrats and Republicans spinning competing narratives of who emerged victorious. Conservatives, such as Fox News titan Sean Hannity, have pointed to the ambush as evidence of the president’s willingness to negotiate with Democrats in public forums.

“I don’t think we should have a debate in front of the press on this,” complained Pelosi during the meeting, prompting Trump to say, “It’s not bad, Nancy. It’s called transparency.”

But Democrats are seizing on Trump’s threats of a government shutdown, should he not receive billions in government funding for a border wall, as proof of his unwillingness to reach a bipartisan solution on immigration, while portraying him as erratic. After the meeting, Schumer told reporters, “This temper tantrum that he seems to throw will not get him his wall.”

Trump and briefing papers also appear to have a contentious relationship. POLITICO reported this past spring that Trump has “an odd and enduring habit of ripping up papers when he’s done with them”—breaking with the Presidential Records Act, which requires the White House to preserve all memos the president comes in contact with.

White House staffers have been tasked with sending the shredded paper to records management for analysts to assemble.

“We got Scotch tape, the clear kind,” one analyst recalled to the publication. “You found pieces and taped them back together and then you gave it back to the supervisor. The restored papers would then be sent to the National Archives to be properly filed away.” 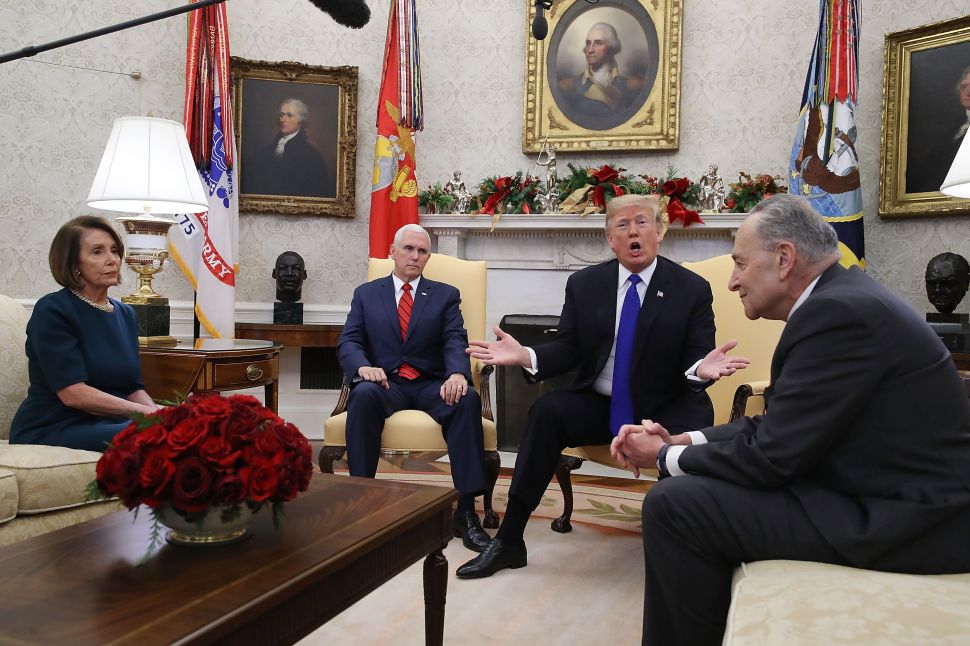