A Monday morning tweet from President Donald Trump has, naturally, sparked a mini constitutional crisis, with journalists and legal scholars accusing The Donald of tampering with witnesses in the Russia investigation—a federal crime carrying a punishment of up to 20 years.

“‘I will never testify against Trump.’ This statement was recently made by Roger Stone, essentially stating that he will not be forced by a rogue and out of control prosecutor to make up lies and stories about ‘President Trump.’ Nice to know that some people still have ‘guts!'” wrote the president, after saying his former attorney Michael Cohen should “serve a full and complete sentence.”

File under “Stating the obvious”

While attorneys like Eisen and Conway were quick to accuse Trump of “corruptly persuading” a witness per the federal witness-tampering statute, other legal experts claim that proving such intent is difficult.

“It’s not completely clear to me that this particular tweet is a direct violation of the statute,” Chris Truax, a legal advisor for Republicans for the Rule of Law, told Observer. “For one thing, it’s problematic because you could argue that it’s not really attempting to persuade Stone to do anything since he has already decided ‘not to testify against Trump.’ For another, on it’s face, it’s simply encouraging Stone to ‘tell the truth.’ Now, Mueller may have evidence that this is, in reality, encouraging Stone to lie. But, of course, we don’t currently have that information.”

Former federal prosecutor Ken White noted on Twitter that “the circuits are split over whether it’s ‘corrupt persuasion’ to try to persuade someone to do something they have the right to do, like take the Fifth.”

“You’d have to prove that he intended to influence Stone not to testify against him truthfully, knowing that Stone had harmful things to say he hadn’t said yet, and not that he was merely thanking him for telling the truth,” tweeted White. “Damn tough case.”

Although this particular Trump tweet may fall into a legal gray zone, others statements could directly implicate the president for obstruction of justice—specifically, when he told The New York Post last Wednesday that a Paul Manafort pardon was “not off the table.”

“This could very, very easily be interpreted as an effort to corruptly persuade Manafort not to tell Mueller everything he knows,” explained Truax. “In fact, it is hard to interpret it as anything else. Note that the statute doesn’t just prohibit ‘corruptly persuading’ someone not to testify. It also prohibits ‘engaging in misleading conduct’ in an effort to get someone not to testify. Dangling a pardon in front of Manafort to encourage him to stay on Trump’s good side and not fully cooperate with Mueller meets that standard, even if Trump doesn’t really intend to grant one.”

“Once again, whether President Trump’s public statements cross the line into illegality or merely skate right up to it is not really the question we should be asking,” continued the attorney. “Whether they are criminal or not, whenever President Trump makes one of these tweets, if you listen carefully, you can hear every one of his attorneys bashing their head on their desks in unison. They are extremely unwise and, even if he has not done so yet, he is extremely likely to do something that will get him into very serious trouble.” 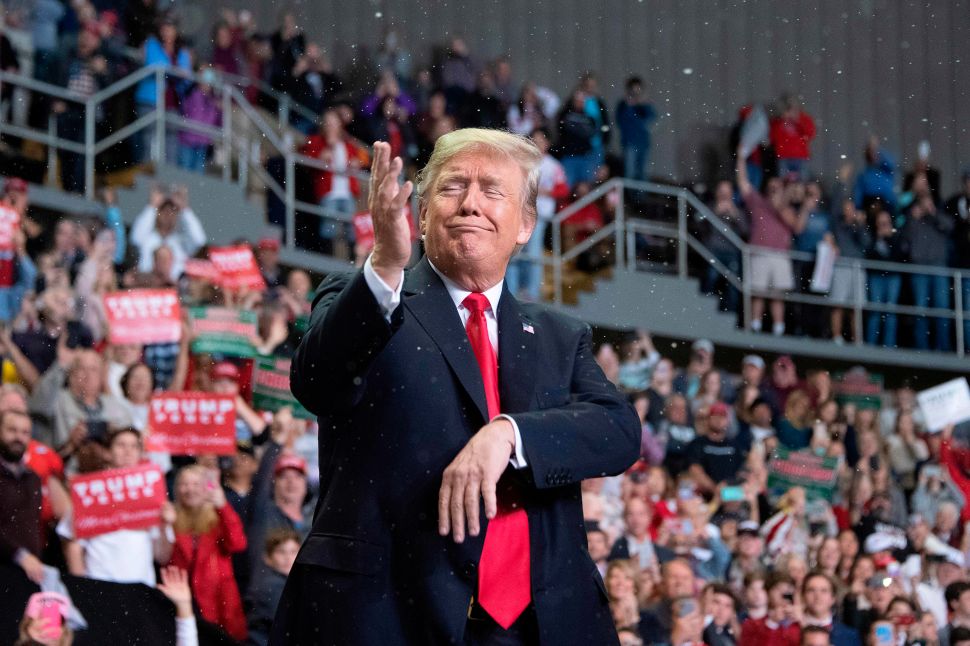