When director and screenwriter Jordan Peele won an Oscar for the remarkable script he crafted for Get Out—the landmark horror movie about a black man trapped by his white girlfriend’s murderous family that became one of the most profitable movies of 2017—it was clear that he’d opened the floodgates for more incredible work to come. Fortunately, Peele’s hot streak is nowhere near over.

On Christmas Day, Peele dropped the trailer for his next film, Us, and his mastery of pop culture is front and center. The trailer features the classic stoner jam “I Got 5 on It” by Oakland hip-hop duo Luniz, re-rendered by Peele as a skittering, terrifying sonic backdrop to the nightmares suffered by the characters in the movie.

Peele is really showing off here. With Get Out, he established how great he is at turning familiar tropes (a sweet family, a country home, a garden party) into claustrophobic traps designed to make the audience go weak at the knees with fright. Here, he employs the same trick in a way that’s both unexpected and satisfyingly scary.

“I Got 5 on It” is a party song; a song designed to chill you out and put you at ease. Even if you don’t know the title, you’ve definitely heard it before. Maybe it was playing in the grocery store while you were idly shopping, maybe it was blasting from your friend’s laptop speakers at a party—but none of that matters now. The first time you heard it and enjoyed it has been completely obliterated from your memory, because Peele just warped it into a horrific warning call on par with the Halloween theme music. Users on Twitter were quick to comment that the song would never be quite the same again.

Me the next time I Got 5 On It plays pic.twitter.com/wAxxOdVN0W

WELP, now I’m scared of “I got 5 on it” and my own reflection. Another masterpiece and I can’t WAIT. ✂️

In fact, the tinkling notes that kick off “I Got 5 on It” and the unmistakable piano in the Halloween theme are more than just thematically similar, they sound quite alike. In the trailer, the track starts out as usual, but little by little Peele warps the vocals of “I Got 5” into spooky howls.

But his truly brilliant move was realizing that “I Got 5 on It” was menacing in the first place, even without modifying it to suit his story. Those eerie little notes in the beginning of the song; the way it fades out with pounding bass thuds that sound like a warning…Peele knew way before the rest of us what was lurking beneath a seemingly pleasant exterior. All he had to do was show us the way. 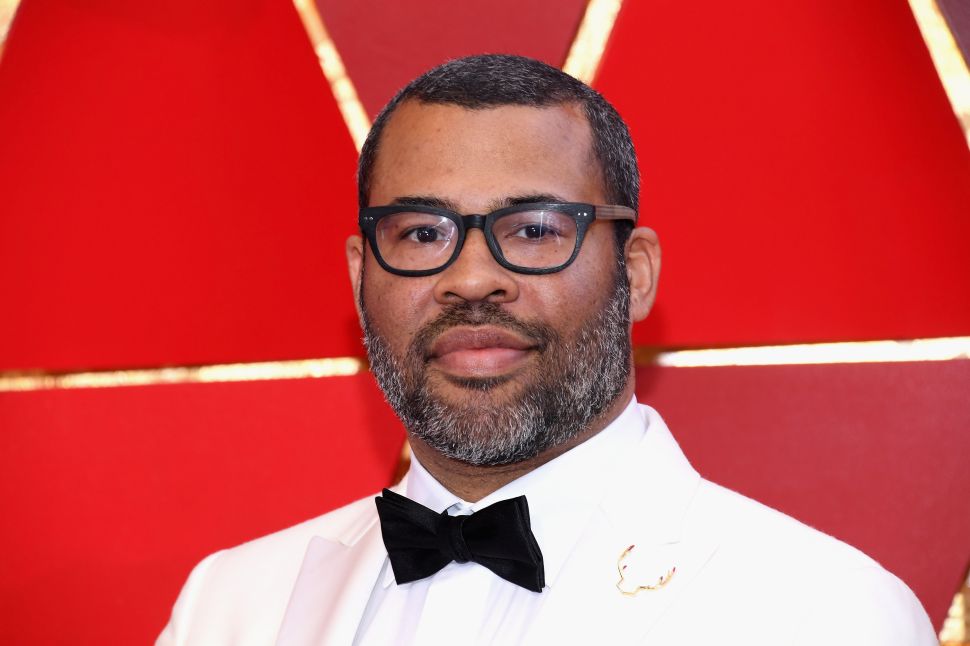