Before her death in 1996, Bulgarian psychic Baba Vega, known as the “Nostradamus from the Balkans,” left a series of predictions about the future. For 2018, she foretold two epochal events: that China would become the world’s next superpower, taking over from the US—which, kinda obvious but not bad, Baba—and that humanity would discover a new form of energy on Venus.

False prophets are a dime a dozen among the crystal ball set, but with 2019 inching up fast, as we write this on our Venus-powered space computer, it feels like a good time to take a closer look at some of the self-appointed civilian Nostradamuses out there whose crystal balls were on the fritz when it came to 2018.

Sometimes getting it wrong comes down to a simple mix of unbridled ego and outsize optimism, a virtue as all-American as Yellow Hummers outside a Bally’s (gym or casino). On 60 Minutes in 2013, for example, Amazon CEO Jeff Bezos promised a then-unsullied Charlie Rose that his company’s autonomous drones would be buzzing around dropping off packages at our doors by 2018 at the latest—and 2015 at the earliest (the chutzpah!). Wait, what’s that, Alexa? Our toilet paper just arrived down the chimney? Apologies Jeff!

Sometimes it’s ego and hopeful naiveté, like when Donald Trump tweeted in December 2017, “I predict we will start working with the Democrats in a Bipartisan fashion.” Cute.

But for the most part, it’s the prognosticators who bet big, out of sheer hubris or folly, that get it wrong the very best. They just can’t help themselves.

Here are a few of our favorite failed predictions for 2018, mostly from this time last year:

“We predict that 2018 will be the year of the scrunchie,” wrote W magazine under the headline “The Return of the Scrunchie.” In fact, they said, “We’re predicting quite a few comebacks, specifically from the ’80s and early 2000s, that are very much worth getting behind.” Among them were the “ugly-comfort-chic footwear” known as Crocs, which W promised was “the it-cult item of the season.” (OK, we have to give them these, at least.)

Confidence about the party of Trump winning the House in 2018 was in no short supply among the GOP’s huskier, sweat-forward elite. You can write that down.

“All [Trump] has got to do is listen to his own inner voice. Write this down: That’s going to lead to an astounding victory in November. He is going to run the tables in the House.”


—Steve Bannon to Jon Karl on ABC’s This Week.

“The size of the GOP victory in 2018 will be an enormous shock.”

“I’m gonna go on record December 22, 2017: Based on all that is known now, the Republican Party is not gonna lose control of the House.”


—Rush Limbaugh on his radio show.

Lou Dobbs on the Romney-pocolypse that wasn’t

Over at Fox Business, Lou Dobbs was all but certain that “Hell would break loose” if Mitt Romney ran for the Utah senate seat that Orrin Hatch gave up. Romney cruised through the primary with 71 percent of the vote, then easily won the general election. Although to be fair, hell breaking loose for Dobbs could mean, like, transgender people flushing a toilet.

The one-time McCain bestie turned Trump Igor was feeling good after passing the GOP tax bill in December, 2017, defiantly declaring that anyone, including Senate leadership, who believed there would not be another effort to repeal and replace Obamacare in 2018 was “sadly mistaken.” Graham seemed both sad and mistaken as Republicans not only strayed from any further repealings and replacings, but instead signaled newfound and girthy support for pre-existing condition protections during their midterm campaigns—as everyone watched the Affordable Care Act’s popularity rise. But he was partially bailed out this month when a district court judge in Texas deemed the law unconstitutional without the individual insurance mandate Republicans stripped out at the beginning of 2018. (Legal experts are skeptical the decision will hold up.)

To those who believe – including Senate Republican leadership – that in 2018 there will not be another effort to Repeal and Replace Obamacare — well you are sadly mistaken. https://t.co/peDYlJx1vo

WRONG, Yoko. It was France!

Who will win the World Cup?
A child who believes in a peaceful world.

Trump’s ghostwriting-nemesis correcting the record to “even wronger”

Offering a mea culpa for his late 2016 prediction that Trump would be gone by the end of 2017, Art of the Deal co-writer Tony Schwartz doubled down with an even bolder proclamation last December. “I believe more than ever that he will not survive as president in 2018. Between Mueller, Russia and sexual assault, Trump is a goner.” No word yet on whether Tony’s going to triple down for 2019.

For the record, I will be off in predicting Trump's resignation by the end of the year. However, I believe more than ever that he will not survive as president in 2018. Between Mueller, Russia and sexual assault, Trump is a goner. 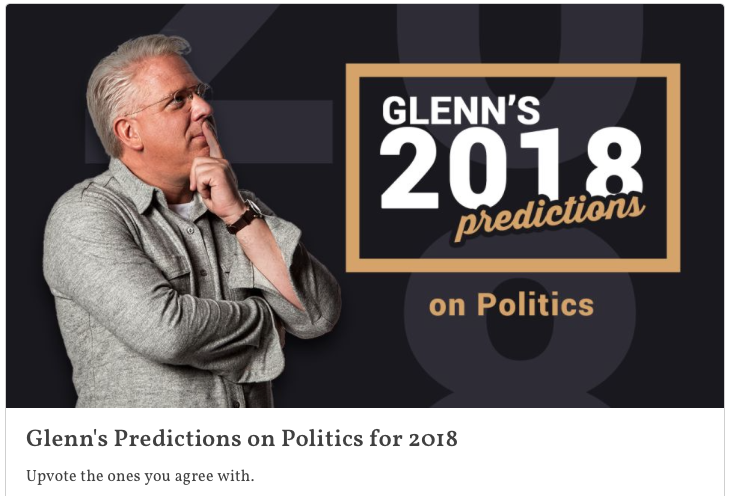 
Human virus John McAfee promising to cut his dick off for Bitcoin, which was definitely going to be ten times more valuable by now

Antivirus mogul, murder suspect, and all-around conspiracy theorist John McAfee has long been bullish on Bitcoin. On December 25, 2017, he tweeted confidently, “BITCOIN is still the crypto giant. It is at a low price, and will never be cheaper. It will be ten times this price in 2018.”

For you who are long term investors like myself: (those who allways make the most returns), BITCOIN is still the crypto giant. It is at a low price, and will never be cheaper. It will be ten times this price in 2018. Remember – it has the lowest circulating supply of any coin.


By July of 2017, McAffee’s faith in the inevitable rise of Bitcoin was so enflamed that he promised to eat his own dick on national television if the cryptocurrency didn’t reach $500,000 within three years. We’re almost halfway there now, and things aren’t looking too good. Time to start recipe hunting, John!

if not, I will eat my dick on national television.

The agony and the irony: an attorney general and a film director before their unpersonings

At the beginning of the year, using the official AG twitter (which is totally confusing now), former New York Attorney General Eric Schneiderman solemnly vowed to continue to protect the safety and wellbeing of all New Yorkers in 2018. Unclear if he also meant to include the four women who accused him of sexual and physical abuse shortly thereafter, leading to his resignation in May.

My job as New York’s Attorney General is to ensure that there is one set of rules for everyone, no matter how rich or powerful. In 2018, we will continue our work to protect the health, safety, and wellbeing of all New Yorkers.

Guardians of the Galaxy director James Gunn was riding high on New Year’s day, 2018, when he jumped the gun about all the incredible things he was about to do this year, like direct the next movie in the franchise. That was before people started actually reading his tweets from 2008-2012 and his questionable taste in jokes—about child abuse, rape and pedophilia—got him fired by Disney.

We are all going to do some incredible things this year. Love to each of you in 2018. 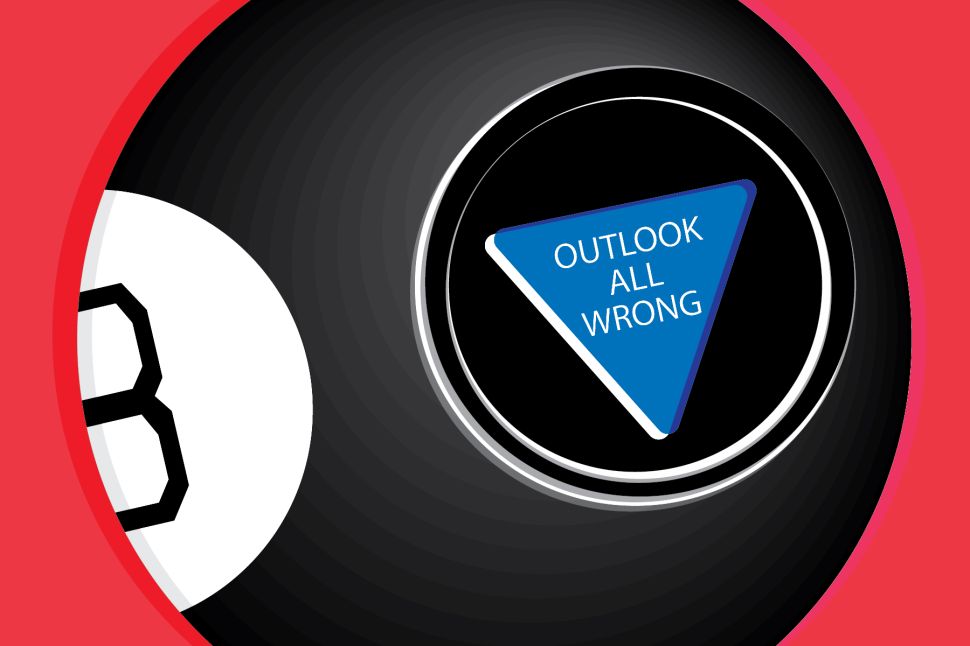