Jaclyn Johnson founded her first company at the age of 23 after her brief corporate career ended amid an unexpected downsizing. Despite having little experience in business and management, Johnson bootstrapped her startup, a small marketing firm, into a multi-million-dollar business and successfully found a buyer seven years later.

Throughout her time in the buzzy startup world, Johnson met many young women entrepreneurs like herself and, more importantly, noticed a growing trend among millennial women. “The mentality about a successful career has changed. People increasingly want to build their own business, rather than working their way up in a large corporation,” she told Observer during a recent interview.

Inspired by this observation, Johnson founded Create & Cultivate, an online networking platform for millennial women professionals, in 2012. Since then, the company has grown from a side hustle into a full-fledged business with an online community of half a million members and a conference series touring across the country.

In her new book, WorkParty: How to Create & Cultivate the Career of Your Dreams, Johnson, 33, chronicles her rocky journey from a laid-off corporate girl to a Forbes-recognized business leader and how she turned setbacks—both in work and in her personal life, including two failed relationships—into motivations for success.

In the following excerpt from chapter eight, Johnson shares an intimate story from her formative years about how an office romance clashed with her own success.

The Corporate Climber was charming at first. He seemed to not only accept my ambition but to encourage it. (The operative word there is “seemed.”)

We were the heads of our respective departments. I felt powerful. I was in a new city, with new friends and a new man? This seemed to be going too well. I began dating the Corporate Climber shortly after my cross-country move, which made easing into a new city … well, easier. I was 23, felt like I was starting to become a thought leader in my career, and had found a partner who was on a similar trajectory.

We were a power couple in the way that mid-twenty-somethings can be. I liked the way we looked, and people liked the way we looked together. On paper, we were perfect. He was an alpha male, and I often followed his lead. In new territory for me, I was very much playing the role of the girl-next-door girlfriend I hadn’t before.

That became apparent one morning in the car on the way to work. We were carpooling, a relationship perk in the land of lonely commuting, and he was preparing for his one-year review at the company. I gave him a pep talk and encouraged him when he said he wanted to ask for a higher salary.

“I want to be making at least six figures,” I remember him griping. I nearly choked and was about to get out, “Yeah! You definitely should be!”

He paused. Did he notice the inflection in my voice—the pause or maybe the choke? A few minutes went by and he asked, “Wait… What do you make?”

My stomach churned. I felt the power dynamic shift. I was making more money than him. And he had just caught on to that.

I tried to back-pedal. I told him I had just been given a bump to $105,000 (not true). It wasn’t a big deal (not true). I tried to deflect. I told him it was because I lived in New York City and salaries were different there (somewhat true), but the worst part was, I didn’t just own it. I deserved that salary. I worked my ass off for that salary. That moment was a true low point, downplaying what I had earned to make a man feel better about himself. And yes, this makes sense in certain situations, but not in love and partnership and transparency, all of which are part of a healthy relationship dynamic.

Things changed after that. His rooting for my success turned more into resentment. Work became a taboo topic, and since we were coworkers, it was, of course, complicated and, slowly things got worse.

He dumped me two months later. He just looked at me and told me he never loved me and so on so forth. The breakup was brutal but probably exactly what the doctor ordered for his broken ego. He made me feel small, not special, and not important. He seemed to want me to be disposable because I had power over him. The setting of this chat, by the way, was my Prius, the same location where he had learned I was earning more money than him. It was a smart car all right. One that knew exactly what I needed.

I learned one major professional and personal lesson after the Corporate Climber exited stage left: Power structures exist in every relationship. As far as personal relationships were concerned, I now knew I needed a partner secure in his skin. Someone who wouldn’t be insecure about a salary discrepancy and someone whose ego I didn’t feel I needed to tiptoe around. And I will admit, that was a hard nut to crack.

By now you know about the meltdowns and pizza and subsequent business building that happened after the Corporate Climber and I broke up. You also know I found my person later on, so this is not meant to be a total bummer. It’s a cautionary tale for those workplace relationships that may prevent themselves. Work can often be isolating and intimate, and as we’ve established, there’s solace in shared experience. It’s too easy when you’re in the trenches with people to forget about boundaries, to want to be even closer to the people who share your experience for 40 to 50 hours a week. Especially when your coworker is attractive, and there’s chemistry, and the only other promising relationship in your life is with your Netflix account (#sponsorebyNetflix #justkiddingbutshouldbe).

But remember that for every exception to the rule, and for every wedding you attend in your late twenties for people who met at work and think it was serendipity, there is another failed workplace relationship to counter it. I know this sounds cynical, but I’m a realist. As we rise together, ladies, we’re going to challenge the patriarchy’s egos. And if you’re used to the pendulum of privilege swinging your way for all of history, equality can feel like an injustice. The Corporate Climber was not a feminist (despite the fact he probably thinks he is) and did not want to see me succeed on my terms. I’m grateful for the lessons that relationship taught me. And I’m grateful to have a sense of self stronger than any heartbreak. 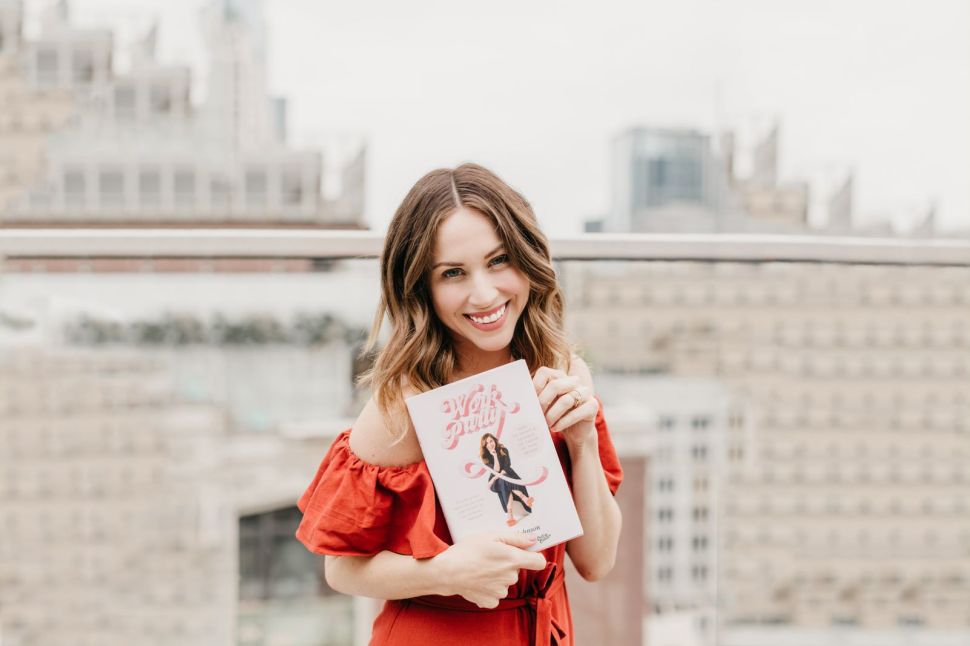