As we barrel forward into 2019, television fans are understandably over-the-moon that this year will finally bring the return of HBO’s Game of Thrones, cautiously optimistic regarding the comeback of True Detective, and eagerly awaiting the third season of Netflix’s Stranger Things. But in addition to existing biggies, there’s also a landslide of new shows arriving sometime in the next 12 months that could immediately become fan-favorites as well. Sifting through the deluge of content, here are nine upcoming series without release dates that we can’t help but fawn over already.

Our excitement over Damon Lindelof (LOST, The Leftovers) taking on the beloved Alan Moore graphic novel is well-documented by this point; seriously, we’re into it. Not only is Lindelof one of the most inventive and emotionally resonant voices in television, but the source material is arguably the greatest comic book ever gifted to nerds and nihilists alike. It’s an exceptional pairing.

“This story will be set in the world its creators painstakingly built…but in the tradition of the work that inspired it, this new story must be original,” Lindelof explained on Instagram back in May. “It has to vibrate with the seismic unpredictability of its own tectonic plates. It must ask new questions and explore the world through a fresh lens.”

Watchmen was one of the first comics to explore how society would realistically respond to the existence of superheroes and how that shift in power dynamics would play out in relation to the masses, federal agencies and world conflicts. Given the complexities of the present and the popularity of the superhero genre, now seems like the perfect moment to have Watchmen beaming into our homes every Sunday night.

Devs ranks high on our list largely on the strength of writer-director Alex Garland (Annihilation, Ex Machina), who we’ve developed a big ol’ creative crush on. The series follows young computer engineer Lily Chan as she investigates the secretive development division of her employer, a cutting-edge tech company based in San Francisco, who she believes is behind the murder of her boyfriend. The eight episode series will star Sonoya Mizuno, Nick Offerman, Jin Ha, Zach Grenier, Stephen McKinley Henderson, Cailee Spaeny and Alison Pill.

“After reading all eight scripts and hearing Alex’s brilliant vision and commitment to direct all of the episodes, it was an easy decision to order Devs to series,” FX head John Landgraf, long considered one of the best TV executives in the business, said this summer. Given Garland’s propensity for thought-provoking and cerebral storytelling, we’re open to the mind games Devs undoubtedly plans to play.

Jon Favreau (The Jungle Book, The Lion King) will oversee the first-ever live-action Star Wars series for Walt Disney’s upcoming streaming service, Disney+. He’ll be given a hefty $100 million budget for 10 episodes and has veteran actor Pedro Pascal from Game of Thrones and Kingsman lined up as his star, all set against one of the coolest backstories in Star Wars lore—that’s a lot to get excited about, folks.

Here’s the official plot synopsis for The Mandalorian, which we’re betting will feature Boba Fett at some point down the road:

“After the stories of Jango and Boba Fett, another warrior emerges in the Star Wars universe,” Favreau posted to Instragram. “The Mandalorian is set after the fall of the Empire and before the emergence of the First Order. We follow the travails of a lone gunfighter in the outer reaches of the galaxy far from the authority of the New Republic….”

What We Do In The Shadows (FX)

Based on their immensely wonderful 2014 mockumentary of the same name, Taika Waititi (Thor: Ragnarok) and Jemaine Clement (Flight of the Conchords) have adapted What We Do In The Shadows—which follows a trio of vampire housemates in modern times—for a half-hour comedy at FX. If you haven’t seen the original film, please do so immediately. It’s on Amazon Prime Video right now.

This new version will move the action from Wellington, New Zealand, to Staten Island, New York to add some extra laughs.

“We liked the idea that these vampires had maybe 200 years ago been sent to conquer America, but they’d sort of lost their way,” executive producer Paul Simms said at New York Comic Con. “We’re about to shoot an episode where they venture into Manhattan for the first time. They had assumed Staten Island was all of New York, or maybe even all of America, so there’s a whole story where they go and meet the Manhattan vampires, who are a little bit cooler than they are.”

As long as this small-screen version has the same satirical spirit as the movie, audiences are in for a delicious treat.

Based on the hit 1996 film of the same name, The First Wives Club is a half-hour comedy following three women who unite as their marriages end in divorce. It hails from Girls Trip co-writer Tracy Oliver and stars Ryan Michelle Bathe, Michelle Buteau and Jill Scott.

“Girls Trip was one of the funniest comedies in recent memory and we know Tracy will breathe new life, and some serious laughs, into these beloved First Wives Club characters,” Amy Powell, President of Paramount TV, said earlier this year.

The Paramount Network, formerly Spike TV, has reinvented itself with surprise successes such as Yellowstone and eye-catching near misses like Waco. But the basic cable channel has failed to connect with female audiences; American Woman ended after just one season and the ill-advised Heathers remake drew intense criticism across the industry.

Based on the comic of the same name, Doom Patrol is an upcoming addition to the DC Comics streaming service, DC Universe, which currently features Titans and will soon add Young Justice: Outsiders and Swamp Thing. According to the studio, it is a “re-imagining of one of DC’s most beloved group of outcast Super Heroes: Robotman, Negative Man, Elasti-Girl and Crazy Jane, led by modern-day mad scientist Dr. Niles Caulder (The Chief).”

Doom Patrol has put together an intriguing cast of Brendan Fraser, Timothy Dalton, Matt Bomer and Alan Tudyk. In a nutshell, the show will follow the adventures of an idealistic mad scientist and his field team of super powered outcasts. That’s just off-kilter enough to pique our interest.

Everyone loves an odd-ball buddy comedy with two mismatched protagonists working out their differences, and Good Omens looks to build on that formula. Michael Sheen and David Tennant star as an angel (Aziraphale) and a demon (Crowley), respectively, who have formed an unlikely friendship spanning 6,000 years and have grown fond of life on earth. But as Armageddon nears, they must join forces to find a way to save the world. We can get behind the prevention of the apocalypse, sure.

This high-concept comedy featuring two talented leads in a has all the workings of a success on paper. It helps that Good Omens is based on the best-selling novel by renowned authors Terry Pratchett and Neil Gaiman, who have a ton of TV experience between them. Amazon has a handful of ambitious big-budget home run swings on the horizon, but something small and quirky like this will always be welcome.

Henry Cavill’s time as Superman is up, which allows him the opportunity to take on the role of Geralt of Rivia, a solitary monster hunter caught in a struggle to find his place in a world where people often prove more wicked than beasts. But when destiny hurtles him toward a powerful sorceress, as well as into the path of a young princess with a dangerous secret, the three must learn to navigate the increasingly volatile continent together.

To fantasy fans, The Witcher is a BIG deal. Based on Andrzej Sapkowski’s beloved fantasy novels and short stories, which have already inspired a line of successful video games, the property has a built-in fan base spanning the globe. Netflix is sinking serious resources into its eight-episode adaptation to make sure it does the popular property justice. The streamer is hoping The Witcher, along with a handful of other high-profile series, can breakout as mainstream blockbuster hits in the vein of Stranger Things.

Quests, magic, royalty—perhaps the future of the fantasy genre lies on the small screen.

But not everything has to be a superhero adventure or a fantastical magic journey. Often times, normal small-scale human drama that is relatable and understandable serves as the best foundation for entertainment. That’s the bedrock of Apple’s splashy acquisition from producers/stars Jennifer Aniston and Reese Witherspoon after the project generated quite the bidding war earlier this year.

The 10-episode series will provide an inside look at the lives of the people who help America wake up in the morning, exploring the unique challenges faced by the men and women who carry out this daily televised ritual. It also stars Steve Carell, Billy Crudup, Mark Duplass and Gugu Mbatha-Raw (killer cast).

It’s basically a bunch of talented people running around telling an adult-skewing dramatic story, which can be rare in an era of TV blockbusterization. 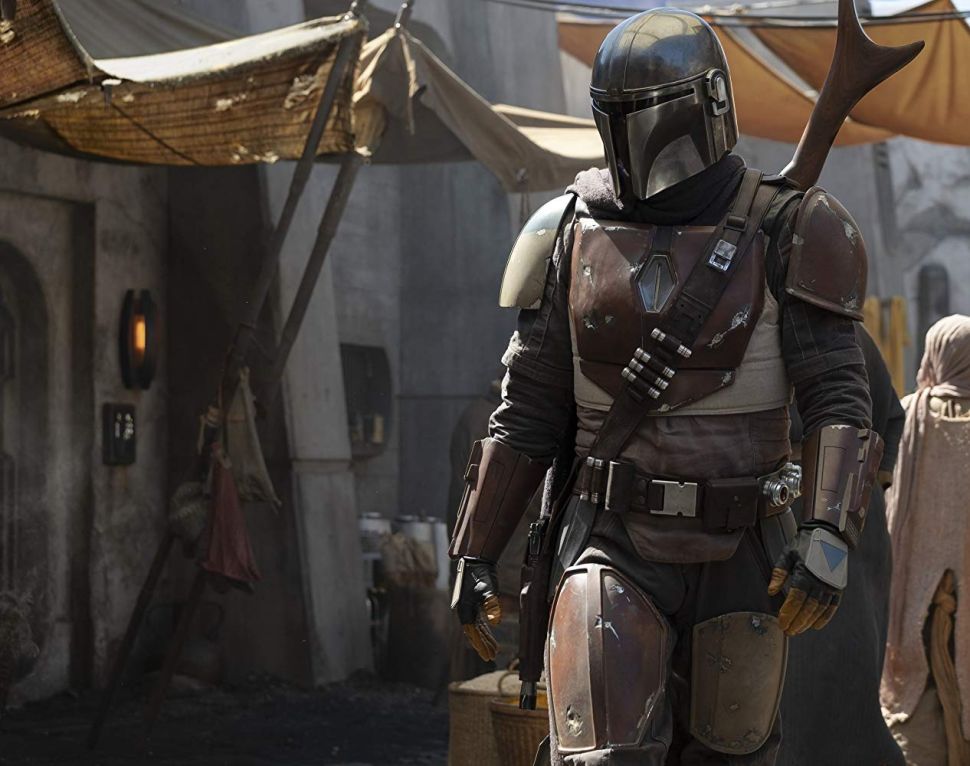