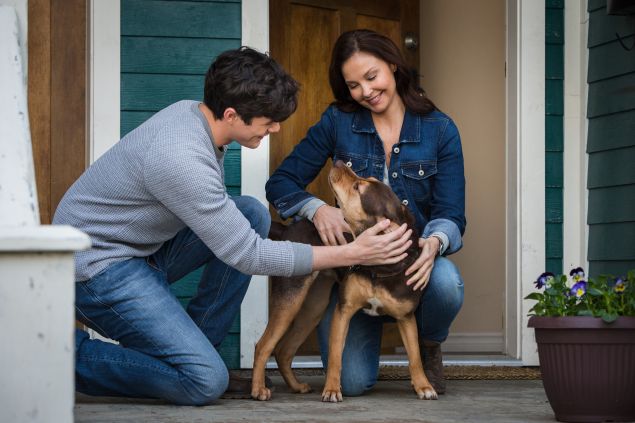 *Warning: The following contains spoilers for A Dog’s Way Home.*

There is a huge unresolved conflict in A Dog’s Way Home. It is not whether Bella, the canine lead played by a stubby legged mix-breed rescue from Tennessee named Shelby, will eventually make it the 400 miles across the mountains from Farmington, New Mexico to her home in Denver, Colorado. The film’s title and its PG rating assure us that she will, eventually. (In the film, the journey takes two and a half years.)

No, the conflict is between the openheartedness of the director’s intentions and the cynicism baked into the story, which was adapted from the 2017 novel of the same name by W. Bruce Cameron. (This film is not a sequel to the 2017 adaptation of Cameron’s A Dog’s Purpose, a movie that turned a tidy profit despite allegations of animal abuse and a Tomatometer score that hovers in the mid-30s.) Cameron’s tale grossly oversimplifies complex issues—among them, post traumatic stress disorder among veterans, homelessness and the breed-discriminatory legislation that was the impetus of Bella’s relocation—to the point that it reduces much of the film’s social justice message to meme-ready, empty-headed pap.

On the other hand, there is the work of the film’s director, critter-feature veteran Charles Martin Smith, who has made hits like 1997’s Air Bud and 2011’s Dolphin Tale, and starred in Carroll Ballard’s 1983 Disney classic Never Cry Wolf. Using deft pacing (despite its episodic nature, the movie never drags), a light touch, and a compassionate approach to all those that Bella encounters along her path, he manages to wring real emotion out of a story that likely would have devolved into trite sentimentality in most anyone else’s hands.

Smith’s visuals, which balance the intense conflicts Bella comes up against with breathtaking and palate-cleansing vistas of the Rocky Mountains and other natural wonders, effectively render the inner life of the dog. So much so that the internal monologues the screenwriters ladled over every scene like gravy to serve as the film’s narration are largely unnecessary. (Bella is voiced with cloying perkiness by Jurassic World star Bryce Dallas Howard).

The story begins with Bella as a stray living under a soon-to-be-demolished house with a group of cats. She befriends a bland Veteran’s Affairs administrator name Lucas (Jonah Hauer-King, a Brit who starred in the 2017 PBS miniseries Little Women) and moves into the apartment he shares with his mother, a veteran of the Afghanistan war (Ashley Judd). The dog runs afoul of a cruel animal control officer—mean dogcatchers being a helpful baddie for kid’s stories since the days of Our Gang—who declares the dog a pit bull, despite the fact that she more closely resembles a beagle. Because of this, the dog is relocated to New Mexico, where she jumps a fence and begins her arduous trek back to the Mile High City.

Denver is one of about 937 U.S cities that have breed-specific legislation, a situation that an African-American character in the film likens to dog racism. That metaphor glosses over centuries of institutionalized injustice. (PETA, among others, view some of these restrictions as protecting dogs from negligent and cruel breeders and abusers). Moreover, by having the dog, in both book and movie, be labeled a pit bull while sharing few if any of their characteristics, Cameron is showing that he doesn’t trust the audience to empathize with that maligned breed any more than the dogcatcher does; he’s having his Gaines-Burger and eating it to.

It feels like a big misstep for a movie that takes more seriously its social justice message than a kid film typically does. Bella stays for a stretch with an ostensibly gay couple and later hooks up with a homeless man played by Edward James Olmos. Those encounters resonate much more deeply than those she has with a cougar, an animal that, as it grows up, is rendered with such clumsily-obvious CGI that it breaks the spell of the film.

Not entirely though. I still found myself getting goose pimples at the inevitable reunification of Bella and her people, which occurs after an unnecessarily harrowing crossing of a freeway. (Please warn your kids in advance.) That had something to do with Smith’s cool-handed direction, but even more with the performance of the dog. With her sweet face, alert eyes, and a tail that forever waves in the air like a maestro’s baton, this is a dog worth following, no matter the breed. 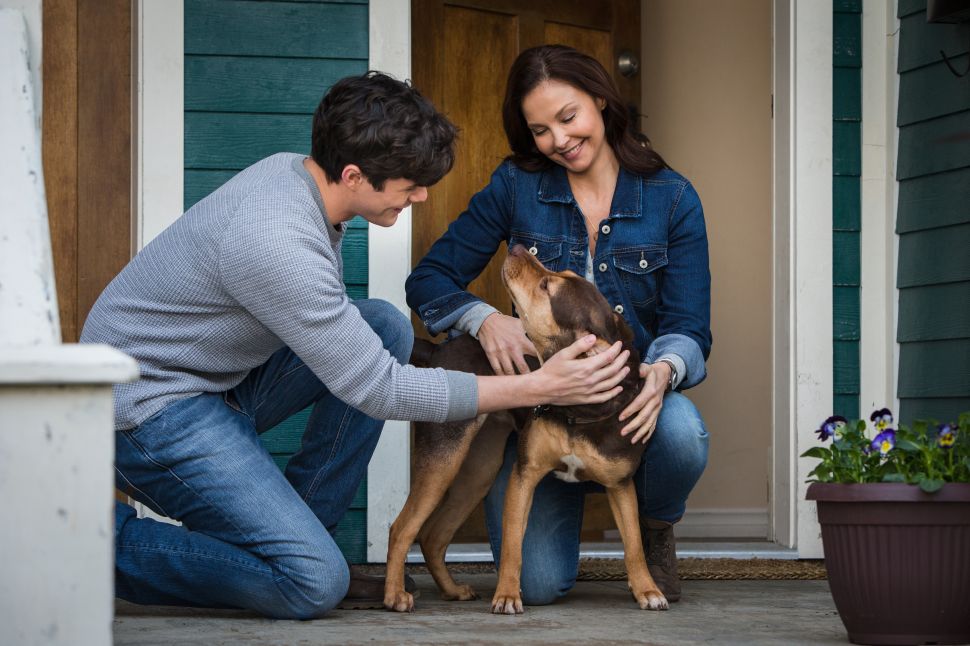