A rancid bore called Adult Life Skills displays no skills whatsoever. Few overworked movie themes are more exasperating than grown people who refuse to mature beyond adolescence. It’s time to bury Peter Pan for good and move on. This idiot comedy resurrects him in the mind and body of a 30-year-old woman named Anna, who would be bad enough on her own, but with a British accent so thick you couldn’t cut through it with a chainsaw, she is simply intolerable.

Allegedly directed with a staggering disregard for coherence by someone named Rachel Tunnard, this is one of those so-called British comedies that is not remotely clever or amusing, even in the rare moments when you can decipher what comes out of the mouths of actors who sound like they could be from Mars. The director is also credited with the script, but since there is rarely a single intelligible sentence in it, the quality of the so-called “writing” is anybody’s guess.

The focus is on a 30-year-old woman named Anna, played by Jodie Whittaker, who can currently be seen to better advantage as the new Dr. Who on television. Anna lives in a cluttered, trash-filled shed in a corner of her mother’s garden where she exists in a world of childhood fantasy. Anna spends her time in seclusion making home videos talking to her thumbs, who play astronauts. During the day, she works in a day camp for children where her best friend is an 8-year-old boy who wears a cowboy hat and a penis badge.

There is also a potential boyfriend, who tells everyone he is “definitely not gay” despite his preference for pink underwear. Threatened with eviction by her mum and grandmother, Anna expresses her frustration by beating up her electric toothbrush with a high-heeled shoe and drying her wet clothes in the microwave until they explode. Like a child, she squats in the yard to relieve herself. None of this contrived and pointless nonsense shows any sign of structure, wit, pathos or anything worth remembering.

Adult Life Skills opened two years ago in England and has been gathering dust on editing-room shelves ever since. The word used most often to describe this sub-mental waste of time is “quirky.” The result is 96 minutes of excessive eccentricity and unfocused gibberish that seems like 96 days at hard labor with no hope for commercial success. Color it gone. 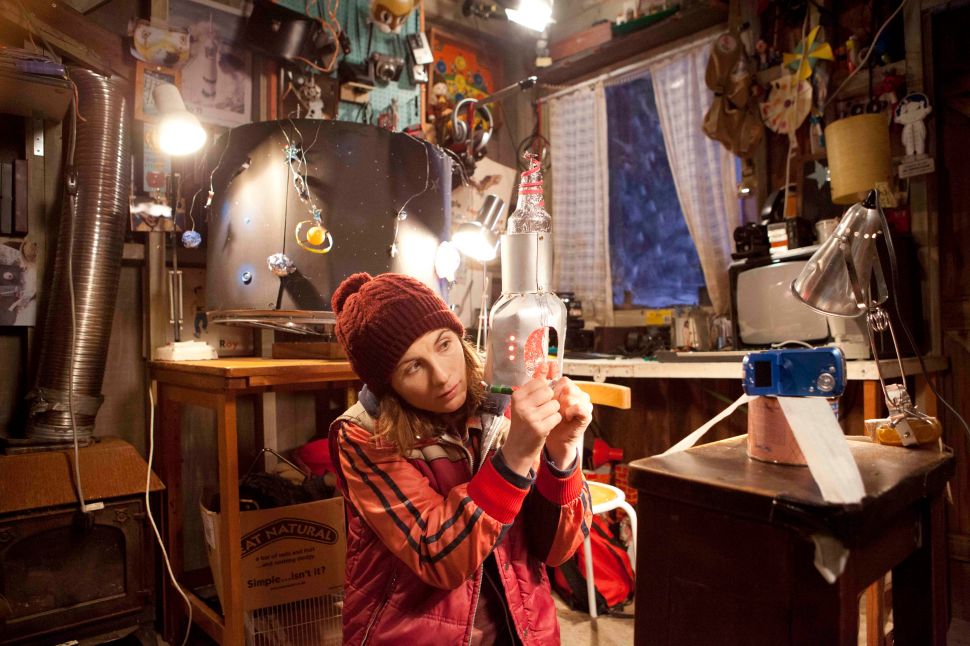