Netflix has always lusted after the prestigious validation that comes with Academy Awards recognition, which is one of the reasons it had an about-face and agreed to limited exclusive theatrical releases for three of its splashier 2018 films: Roma, The Ballad of Buster Scruggs and Bird Box. The streaming service wants to appeal to top-tier filmmakers in hopes that it can recruit them for projects down the line. But its plans for ambitious cinematic expansion, not to mention its multi-picture deal with Paramount, have sparked a lot of questions about the relationship between the new and old guards.

For example, can the streaming industry’s modus operandi peacefully coexist with a traditional theatrical release strategy? Or is the film industry about to witness the two clash?

Roma filmmaker Alfonso Cuarón, whose Golden Globe–winning semi-autobiographical drama has the chance to make history for Netflix, thinks the former is true.

“I hope the discussion between Netflix and platforms in general and theatrical should be over,” the director told assorted outlets at Sunday night’s awards ceremony. “I think those guys—platforms and theatrical—should go together. And just realize … they both together can elevate cinema, and more importantly, they can create diversity in cinema.”

He added, “Something that we have to be very conscious of is that the theatrical experience has become very gentrified to one specific kind of product. Right now you have all these interested filmmakers doing films with different platforms because those platforms are not afraid of doing these films.”

Many in the industry have expressed concern that the scope of mainstream cinema is shrinking. Two decades ago, the six major film studios were releasing roughly 200 films a year; today, in an era of fragmented viewing, that number has shrunk to around 150, with a reliance on non-original intellectual property. Streaming platforms have served to counteract this, becoming a viable destination for smaller films that studios no longer feel financially comfortable supporting.

“My question to you is, how many theaters do you think [have] a Mexican film in black and white in Spanish that is a drama without stars?” Cuarón said, referring to Roma. “It’s still playing, which is rare for a foreign film.”

In 2001, Netflix CEO Reed Hastings predicted that indie films would eventually bypass studios and head directly to Netflix for release. If a movie like Roma can clean up at the Oscars—we’re predicting at least a Best Director win for Cuarón—that vision could very well become a reality. 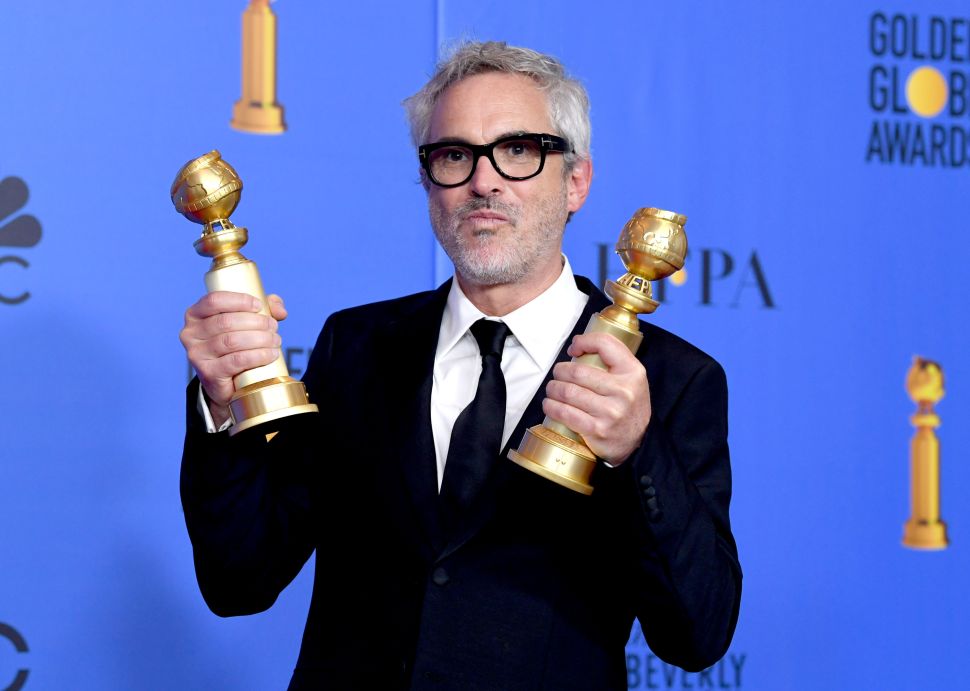