After the bell closes on Thursday, Amazon will be the last FAANG company (Facebook, Amazon, Apple, Netflix and Google) to report quarterly earnings this week. And as Wall Street analysts anxiously look for clues on Amazon’s ability to sustain its dominance in the online retail space, so too will Jeff Bezos’ team at his small but costly rocket venture, Blue Origin, be scrutinizing the data.

Although a privately owned company, Blue Origin has been somewhat of a byproduct of the success of Amazon. Since April 2017, Bezos has been cashing out $1 billion worth of his Amazon holdings every year to invest in Blue Origin. And he has said he plans to increase this annual investment in 2019.

Naturally that will only happen if Amazon holds steady in the public market (remember how Mark Zuckerberg put his weekly charity deposit on hold when Facebook stock plunged in late 2018?), which will be a challenge for the company. Amazon stock has grown tremendously in the past year. Despite a market-wide stock rout in the last quarter of 2018, Amazon shares managed to close the year on a strong note.  They are currently trading 17 percent higher than at this point last year, while S&P 500 is down 4.6 percent.

But Blue Origin’s ability to compete with its oft-mentioned peer, Elon Musk’s SpaceX, will be determined by how well it is funded in this critical growth period. And unlike SpaceX, which welcomes investments from any interested private parties, Blue Origin has no major outside funders other than Bezos himself.

But recently, Blue Origin’s business line has spilled over to the realm in which SpaceX’s sights are set: building the next-generation satellite-based internet infrastructure.

Just this week, Blue Origin locked a major contract with Canadian satellite communication company Telesat to launch its internet satellites into space. The goal of this nascent area of communication service is to build a low-cost, satellite-based global broadband network to deliver cable-quality internet access to the entire world, including many rural areas currently experiencing unreliable and spotty internet connections. 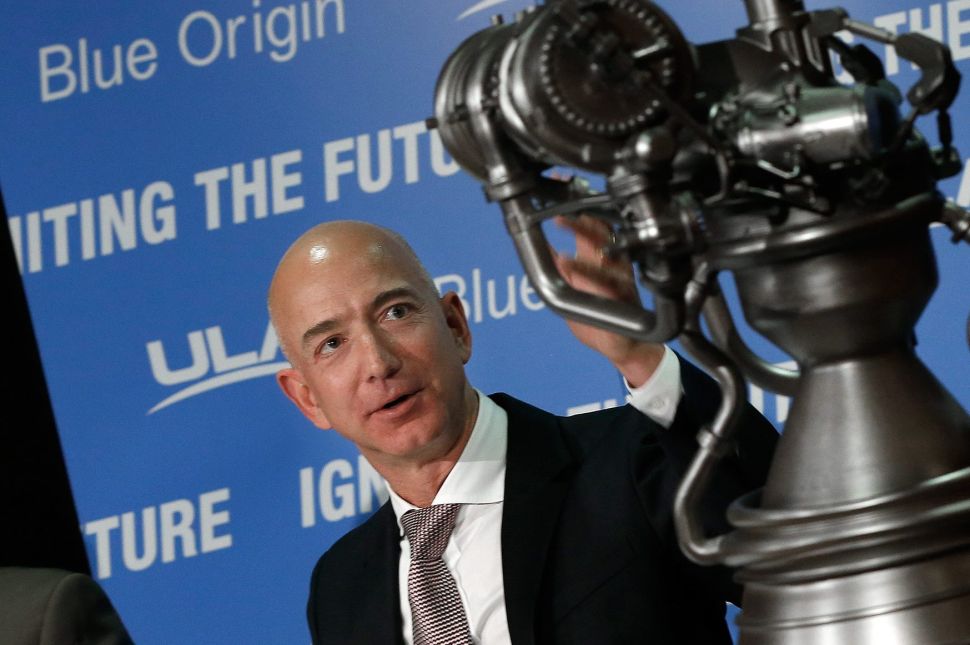