In what can be viewed as either an extreme example of meta marketing or some really unfortunate timing, Arctic, after premiering at last year’s Cannes film festival, is being released in the U.S. days after a polar vortex visited some of the coldest air our country has seen in a generation. Over the last few days, some 75 percent of our population has been forced to battle below-freezing temperatures just to get to work.

So can a critic in good conscience implore cineastes in Chicago or Minneapolis to head out and see this movie, confronting weather that makes the sort depicted in the film seem downright balmy? It’s easy to say yes from a perch in toasty Southern California, where wearing a vest may be overdoing it in terms of outerwear, but, well, yes.

This man versus the elements story is one of those singular cinematic experiences—precise, honest and unrelenting—for which movie theaters still exist. Stripped of backstory, narration (or really, any words at all), or a furry canine companion, Arctic tells this story of self-reliance and survival with such austerity and absolute integrity that the results are breathtaking, even in the moments where the movie seems to amble forward at a glacial pace.

We first meet the stranded man—a name on his parka indicates he is called Overgård, but I thought that might have been the name of the company that employs him—sometime after his plane crashes in a barren tundra, while he carves out an S.O.S. message in the snow. Immediately, we recognize this story (in the vein of Roma or A Quiet Place) as one told though ambient noise and precise sound design: the scrape of icy snow, the whoosh of gathering wind, the gasp of a barely sustained breath inside a sleeping bag. The man (Mads Mikkelsen) has been able to survive inside the confines of his crashed plane thanks to a series of fishing holes in the ice; he knows he’s caught a fish thanks to the haunting rattle of plastic bottles he’s set up as indicators.

He could have stayed in that cozy spot, eating raw fish and drinking melted snow, indeterminately perhaps; but then he is confronted with an urgent reason to seek help. In an adroit yet subtle set piece conceived by first time director and onetime YouTube star Joe Penna, a helicopter spots him and crashes while trying to land, leaving a single gravely wounded survivor (María Thelma Smáradóttir). While he is able to stitch her up and get her stable, her only chance of survival is if he gets her to a seasonal camp, which he locates on a map he scavenges from the helicopter, along with some instant noodles.

The manner in which Mikkelsen, the former Danish gymnast and dancer we chiefly know for his suave villains in 2006’s Casino Royale and the NBC series Hannibal, plays off his largely mute charge is simply extraordinary. His deep brown eyes, made a burnished grey by snow and frost, glimmer with a deep-seated humanity that make his connection and commitment to her and her safety profoundly moving.

It is a remarkable testament to Mikkelsen’s acting, as well as the character’s sympathy and core competency as a survivalist (by comparison, Robert Redford’s besieged sailor in 2013’s similarly conceived All is Lost seemed to make a host of frustrating blunders) that you find yourself so thoroughly connected to his absurdly challenging struggle despite knowing nothing about him. I understand that it can be difficult to recall a February film some ten months later, but this is a performance that demands to be recognized during next year’s award season.

The never-ending conflicts that he confronts—an unmapped rocky outcrop he can’t get the woman he is toting over, a hungry polar bear he fends off with one of his last flares—threaten to overwhelm. Is this nameless man meant to be a frostbitten Job? But the film’s singular purpose and understated artistry (including a lovely score by American composer Joseph Trapanese) keep it on track, even when the hero’s map reading skills seem to lead him astray. (After I left the screening, I immediately felt compelled to brush up on my cartographic fluency and buy a watch; it’s the only thing that keeps him grounded during the long ordeal.)

Arctic is uplifting in an unforced and unsentimental way. Without ever drawing attention to its message, it makes it as loud and clear as that polar bear’s roar. This is a film about the power of empathy, ingenuity and determination—the latter two meaning little without the powerful drive of the former. It tells us that no matter the impossible situations in which we find ourselves, we have the moral integrity and imagination to make it out, even if just barely. It is an important message that will not only help us through the remainder of winter, but can guide us through the overwrought world we find ourselves in after the snow finally melts. 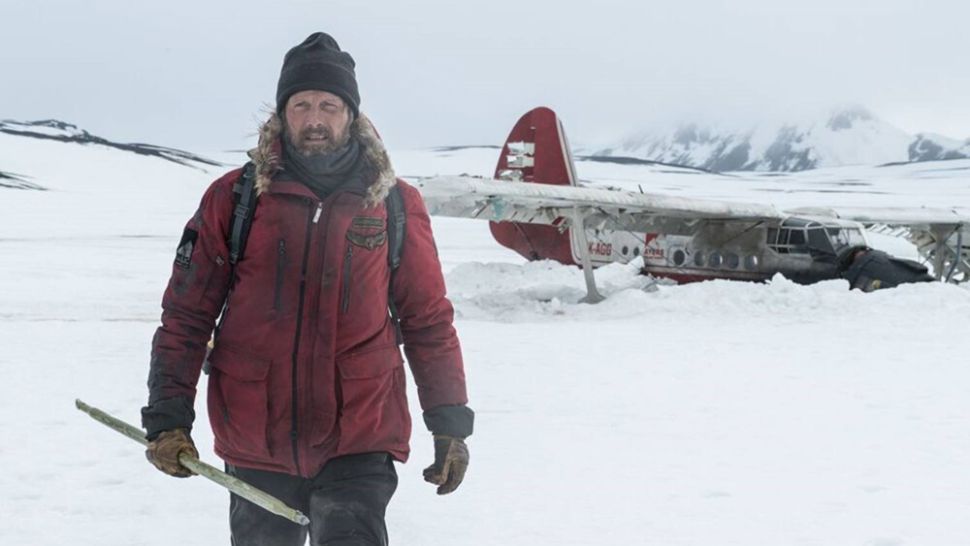