After reopening the government amid an ongoing immigration showdown, the White House is preparing for plan B: declaring a national emergency.

President Trump met with acting chief of staff Mick Mulvaney and other top officials to discuss the maneuver on Tuesday. Speaking to Politico, one senior White House official said the goal was to “have such a declaration 100 percent ready and coordinated should Trump decide to move on it rather than scrambling ex post facto to draw up and justify one.”

However, differing opinions on the best way to implement this strategy are causing conflict, given how The Army Corps of Engineers is often tasked with emergency prevention.

“There continue to be divisions within the White House on what the proper approach should be and whether it would be a good idea from a legal and policy matter to invoke the national emergency matter,” a Republican close to the White House told the publication. “There is some legal dispute over the scope of the power of the Army Corps of Engineers.”

Despite reopening the government, the president has expressed a willingness to declare a national emergency as a means of securing funding for his long-hyped border wall.

“I have a very powerful alternative, but I didn’t want to use it at this time,” said Trump when he announced last Friday that the government would temporarily reopen. “Hopefully it will be unnecessary.”

On Wednesday, a bipartisan group of lawmakers met to start negotiations on an immigration deal in order to avoid a national emergency order. Speaking about the talks on Thursday, House Speaker Nancy Pelosi (C-Calif.) said “there will not be any wall money” in legislation put forth by the conference committee. 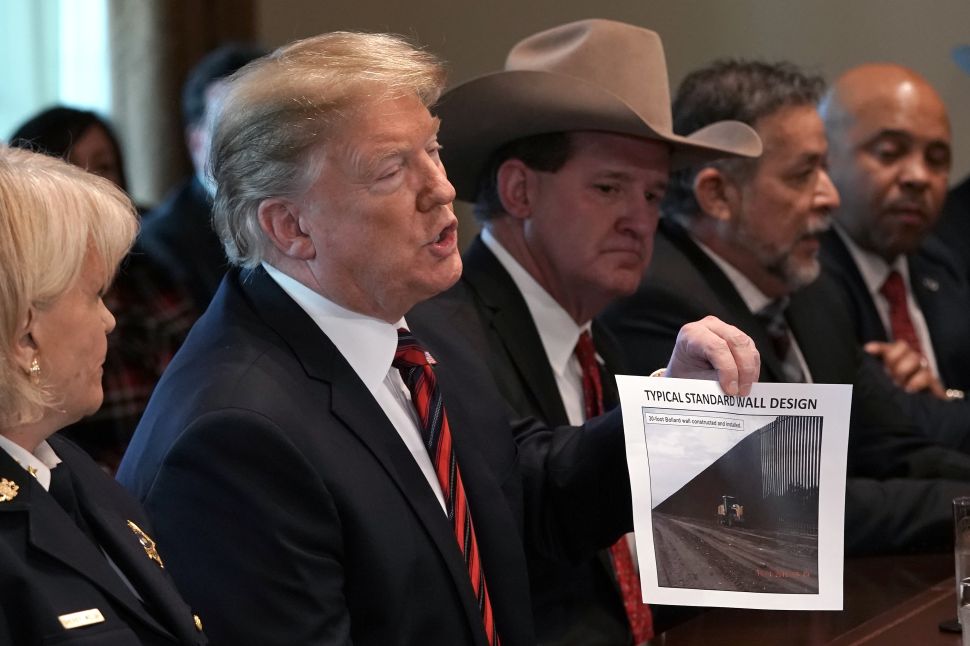