President Donald Trump’s attorney general nominee Bill Barr is taking a different approach to marijuana from that of his predecessor, Jeff Sessions.

During his Senate confirmation hearing, Barr told lawmakers he does not “think it’s appropriate to upset” the interests of licensed cannabis businesses. Defending his stance, Trump’s nominee cited a Justice Department memorandum from 2013, in which then-attorney general James Cole directed the agency to avoid prosecuting businesses abiding by state legalization laws.

“I’m not going to go after companies that have relied on the Cole memoranda,” Barr told Senator Cory Booker (D-N.J.). “My approach to this would be not to upset settled expectations and the reliance interest that have arisen as a result of the Cole memoranda and investments have been made.”

William Barr to @CoryBooker: We either should have a federal law that prohibits marijuana everywhere, which I would support myself, 'cause I think it's a mistake to back off on marijuana. However, if we want a federal approach, if we want states to have their own laws…" (cont.) pic.twitter.com/EgogMltZsu

Despite Barr’s nod to the Obama Justice Department’s legal framework, the nominee claimed to support a “federal law that prohibits marijuana everywhere,” though acknowledged this was impossible given states’ rights to set their own precedents.

“It’s incumbent on the Congress to make a decision as to whether we are going to have a federal system or whether it’s going to be a central federal law,” continued Barr. 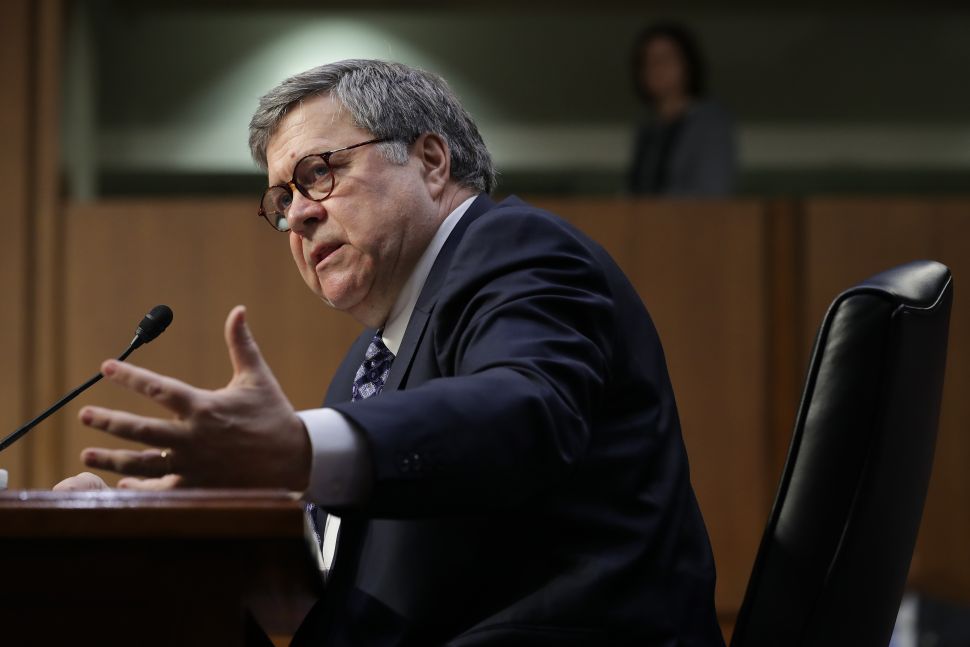