“I want you to know that I’m happy for you” is something Alanis Morissette is probably hearing a lot this week. After a sold-out run last year at the nonprofit American Repertory Theater in Cambridge, Mass., a musical based on the singer’s Jagged Little Pill will debut on Broadway this fall.

The play, which bears the same name as her groundbreaking 1995 album, will feature a story written by Diablo Cody, the Academy Award–winning screenwriter of 2007’s Juno, and an original orchestral scoring by Tom Kitt, the composer behind the 2008 Pulitzer-winning rock musical Next to Normal.

If their past projects are any indication, these collaborators could craft a truly rousing, just-edgy-enough tribute to the once-reigning Queen of Angst. The story centers around a “picture-perfect suburban family” called the Healys, dreamed up by Cody. This isn’t all that surprising given that Juno focused on a self-sufficient young woman dealing with the indignities of life with grace and humor, while Next to Normal was a towering indictment of the toxic, muffling suburbs (it’s basically A Woman Under the Influence set to bangers).

Cody is also the scribe of sleeper hits like the Charlize Theron vehicles Young Adult and Tully and Showtime’s United States of Tara, in which Toni Collette headlined as a suburban wife and mother coping with dissociative identity disorder, so she seems more than qualified to build a narrative around Morissette’s jaded laments and resounding battle cries.

As for the show’s source material, Jagged Little Pill was Morissette’s breakthrough, her first LP to be released outside her native Canada. The genius pop structures of hits like “You Oughta Know,” “Head Over Feet” and “Ironic” are endlessly listenable on their own, but what cemented the album as an enduring classic was the frank and shocking aggression pouring out of Morissette as she riffed on bad boyfriends, drugs, sex, relative poverty and finding solace in friendship.

Morissette co-wrote the album with producer Glen Ballard when she was only 19 years old (the same age Mary Shelley was when she wrote Frankenstein, another touchstone of angst), and she snarls, shrieks and spits her way through lyrics that sound easy but cut deep. The songs boldly telegraphed what Morissette was feeling in those dark days, and it turned out a lot of other people her age were feeling that way too: She was falling apart, but everything would be fine. If that sentiment can’t translate to the stage, nothing can. 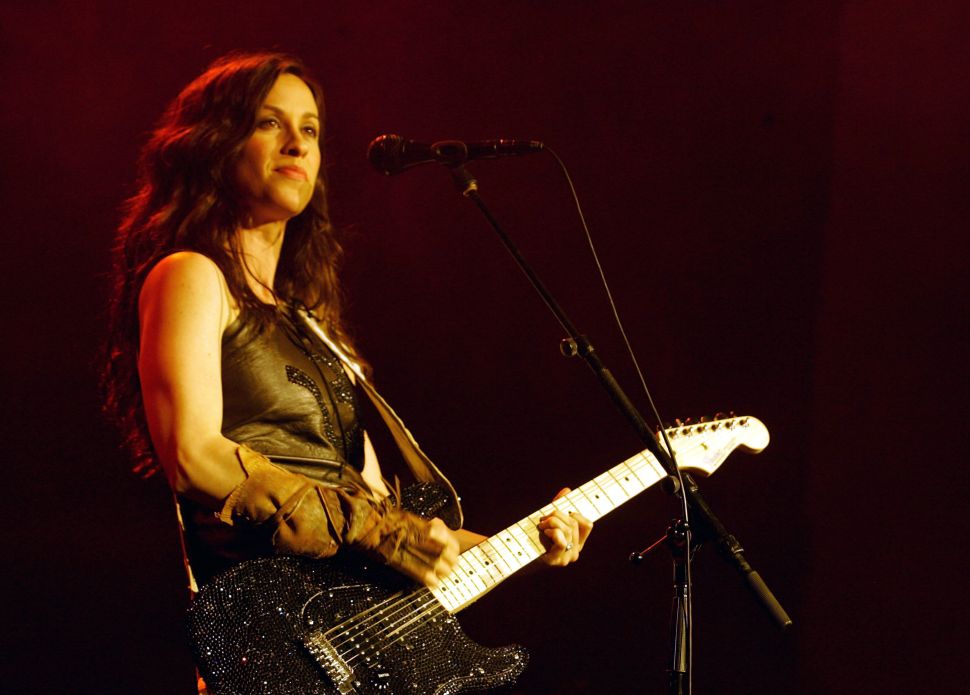