Alexandria Ocasio-Cortez was sworn in as the youngest congresswoman in U.S. history only two weeks ago, but the Bronx-born representative and social media virtuoso has already made it abundantly clear that she’s a force to be reckoned with as an advocate for workers, especially the 800,000 people currently unable to claim paychecks due to the partial government shutdown.

“The truth of this shutdown is that it’s not actually about a wall…The truth is, this shutdown is about the erosion of American democracy and the subversion of our most basic governmental norms,” Ocasio-Cortez said in her first official speech on the House floor, which took place Wednesday evening. “It is certainly not normal to starve the people we serve for a proposal that is wildly unpopular among the American people.”

Similarly candid about her disapproval of this situation is chart-topping rap impresario Cardi B, who’s just as fluent in Twitter and Instagram as Ocasio-Cortez, and who posted a video Wednesday afternoon in which she denounced Donald Trump for allowing the shutdown to continue.

Cardi B just posted this on Instagram #CardiB2020 pic.twitter.com/zg4prRUfdG

“Trump is now ordering federal government workers to go back to work without getting paid,” Cardi told her followers. “This shit is crazy. Our country is in a hellhole right now. I feel like we need to take some action…I really feel bad for these people that gotta go to fucking work to not get motherfucking paid.”

Like Ocasio-Cortez, Cardi B built her exploding career partially on the strength of her formidable digital presence, and, as we all know, she’s a very vocal advocate for taking home what you’ve earned.

But the similarities between Ocasio-Cortez and the MC (née Belcalis Almánzar) don’t end with their Bronx origins and parallel politics. As pointed out by Chani Nicholas on Twitter, both women are Libras with their moon signs in Aries. For the uninitiated in the astrological arts, this means that they’re natural-born peacemakers with emotional worlds that point toward righteous aggression and self-advocacy.

In other words, Cardi B and Ocasio-Cortez might be all about harmony and compassion, but that won’t stop them from getting in your face if there’s beef that needs to be addressed head-on.

You’ll spot some aesthetic similarities, too: The rapper and the representative of New York’s 14th district are both fabulous dressers with an eye for detail, and they’re both really, really good dancers. So effortless!

As of Thursday, the United States has reached the 26th day of its government shutdown, the longest in the country’s history—and one that’s made all the more perilous due to the fact that despite the best efforts of congressional Democrats and outspoken celebrities, there seems to be no end in sight.

Given the precariousness of the current climate, the solution is obvious: Either Ocasio-Cortez has to throw down a guest verse on Cardi B’s next single, or Cardi B has to run for office. In times of crisis, this is the collaboration America so sorely needs. 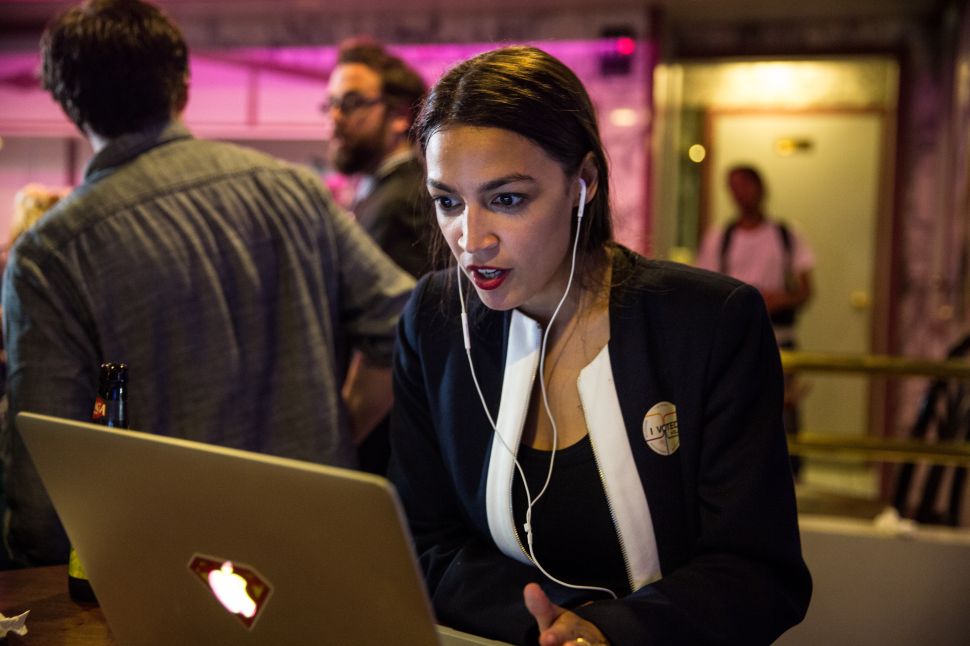