Carlos Ghosn, the former boss of Nissan who was once hailed as the Japanese automaker’s savior, has spent the past two months, including both Christmas Eve and New Year’s Eve, in a jail cell in Tokyo over some sordid financial misconduct. But tomorrow, he will finally have a chance to defend himself in a Tokyo court, although he will only be allowed 10 minutes.

In a sort of preview of Carlos Ghosn’s court appearance, the 64-year-old businessman’s son, Anthony Ghosn, warned on Sunday that the world should prepare itself for “surprises” when his father tells his side of the story.

“For the first time, he can talk about his version of the allegations against him,” Anthony Ghosn, 24, said in an interview with French newspaper Journal du Dimanche on Sunday. “I think everyone will be rather surprised hearing his version of the story. Until now, we’ve only heard the accusers.”

The allegations Anthony Ghosn referred to include over $100 million of defrauded money from understating his compensation by as much as half between 2010 and 2017 to avoid criticism that his pay was too high; shifting personal investment losses from the 2008 Financial Crisis onto the company book; and bankrolling luxury vacations.

But Anthony Ghosn insisted that his father was “not obsessed by money” like the media has portrayed. “He always told us that money is but a means to help those you love, but not an end unto itself,” he said.

Anthony Ghosn has not been in direct contact with his father, but, getting information from Carlos Ghosn’s lawyer, he said his father had refused to sign a confession in return for release, despite having lost 10 kilograms (22 pounds) of weight during the seven-week detention.

“He is ready to defend himself vigorously and is very focused on the goal of responding to the accusations against him,” Anthony Ghosn said.

Carlos Ghosn was arrested by Japanese authorities on November 19 over two criminal charges that he had been under-reporting his salaries since 2010. He was fired by Nissan on the same day.

Carlos Ghosn has since denied accusations that he had misstated pay and used company money for personal purposes.

On December 21, just as he was about to be released on bail, he was arrested again on new charges that he had logged more than $16 million in personal investment losses incurred around 2008 under Nissan’s company accounts.

Japanese prosecutors have pressed formal charges over the $44 million of compensation that Carlos Ghosn reportedly had understated between 2011 and 2015. They haven’t filed charges over the other allegations. 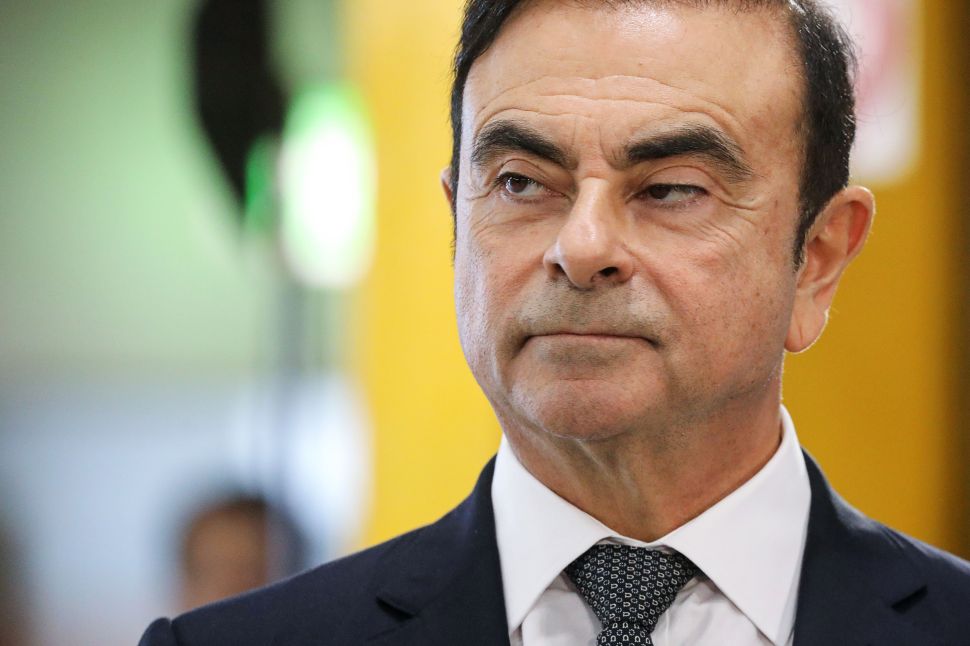