Authorial intent, while considered important in some art forms, is difficult to maintain in traditional opera. Whereas a director may think twice before chopping away at the work of a living playwright, lest they burn a bridge, new productions of classic operas have no choice but to lean on producers, conductors and actors in reinterpreting old tales. A composer’s intention only withers with 200 years of stagings, in which reform is not only inevitable but often imperative, if only to offer the work new relevance.

And yet, in the case of Don Giovanni, the original creative intentions of Mozart and librettist Lorenzo Da Ponte may have been right the first time.


The dark comedy about a serial seducer has launched a thousand playboy archetypes, but its leading man, and the question of his heroism or villainy, is still hotly debated with each new iteration. In the Metropolitan Opera’s upcoming production of Don Giovanni, premiering on January 30, a dream team of artists and renowned experts of Mozart’s canon will explore that very question.

“In Mozart’s Le Nozze di Figaro, we have just one version of Figaro, but there is more than one Don Giovanni,” says Cornelius Meister, and he would know. The German conductor, who is making his Met debut on Wednesday, has spent the last nine years as artistic director of the O.R.F. Vienna Radio Symphony Orchestra. In addition to leading an orchestra both in Mozart’s native Austria and on international tours, Meister has conducted Mozart’s work at the Vienna State Opera, Covent Garden in London and at the Mostly Mozart Festival in New York. He’s even studied at the Mozarteum Salzburg…you get the idea. Should the responsibility of understanding Mozart’s intentions in 2019 fall to anyone, there are few so capable as Cornelius Meister.

“For me it’s so interesting that all over the world we will always find new little details in Mozart’s work so I think that situation [of finding new Don Giovannis] will never end. And this is the main reason why we all adore Mozart’s music so much. Because you can find always something new.”

And with each new production, a new Don Giovanni appears, often to mixed reviews. Depending on the staging, Act 1, Scene 1 begins with the title character attempting either to woo, seduce, assault or rape Donna Anna, only then to kill her father, the Commendatore, when he tries to prevent Don Giovanni from escaping. The very first scene has been revised and revisited ad infinitum, with some scholars claiming Don Giovanni to be an enlightened hero, while others arguing Mozart’s intention was to condemn Don Giovanni for rape. The scenes that follow can often be presented as a comedy of errors, whereby Don Giovanni, now an underdog, attempts to escape the crazed, obsessive pursuits of scorned women. But it’s just as common to see the women portrayed as victims whose collective will brings on a just and moral reckoning against an ignoble anti-hero.

“I feel like there’s a giant patriarchal push to hate on the women,” explains American soprano Rachel Willis-Sørensen, who plays Donna Anna, a role she previously sang at the Vienna State Opera and the Royal Opera House, Covent Garden. “I think traditionally men come to the opera and they look at it like what’s wrong with all these women getting in his way? And we try to make Don Giovanni some sort of hero but I think it’s very clearly a morality play that condemns him.”

This argument is further strengthened by Da Ponte’s libretto, which highlights Donna Anna’s initial struggle and subsequent pleas for vengeance. Don Giovanni’s arrogance, while at times can serve as comic relief, culminates with the womanizer and murderer being dragged into a fiery hell. “It’s funny that we would even discuss it because it just seems to clear that was the intention of Da Ponte and Mozart himself.”

And yet, many audiences don’t want to see Don Giovanni as the bad guy. Willis-Sørensen, who will be marking her eighth visit to the piece, see “mountains of truth” in Donna Anna’s experiences, but often a modern resistance to listen. “No one can conceptualize the idea that Don Giovanni would be rejected by anyone, and it just seems that there’s massive hatred toward the women. That’s unfortunate, because you can just see these character archetypes in any period of time in the history of humans, and you can relate to them even now, even then. You know it’s very timeless and really a story worth telling.”

Whereas some productions go so far as to cut the opera’s iconic finale, wherein Don Giovanni is dragged into hell, Willis-Sørensen is pleased that Michael Grandage’s production retains the important scene. “If you cut the finale, then you avoid the moral absolution, and that could make more of a romantic opera. I would say this production is extremely traditional and we’re just trying to tell the story in the most straightforward way to let it stand on its own feet.”

Traditional or not, it’s no easy task to play Don Giovanni, a character that not only seems to elicit strong opinions from everyone, but must adapt to musically diverse repertoire.

But perhaps Mozart and Da Ponte’s opinion of the title character is evident in his shifting musical identity. Whereas Donna Anna, Don Ottavio (Donna Anna’s fiance, played by Stanislas de Barbeyrac) and Donna Elvira (Federica Lombardi) come with their own distinct musical styles in their arias, Don Giovanni, musically speaking, is a shapeshifter, who takes on the style of the person he is trying to trick.

“The thing I love about playing the character is that it’s different every time,” Italian bass-baritone Luca Pisaroni explained, “He’s a chameleon.”

While making his character debut as Don Giovanni, Pisaroni’s passion for Mozart and German lieder is well known. He made his company debut in 2005 in Mozart’s La Clemenza di Tito, followed by performances as Figaro in Le Nozze di Figaro, Leporello in Don Giovanni and a catalogue of other roles that have made him a regular at the Met. After reprisals as Leporello, Don Giovanni’s animated sidekick and co-conspirator, Pisaroni is ready to take on the Don and all the musical nuances and challenges that come with it.

“I think his interaction with other people is the fascinating part. He can push the buttons of other people, all for this idea that if somebody can fall in love with him, he’s happy.”

Pisaroni is the first native Italian to play the famed role at the Met in nearly 28 years, which Meister feels has been important in bringing an earnestness to the character. “It’s good to have a native speaker,” Meister said. “You can learn the words, you can see it, but [Pisaroni] can really feel that language.”

Still, Pisaroni understands the challenge of singing a character as complicated as Don Giovanni. “A colleague of mine once said, ‘If you play the role you can only fail, you never get it right,’ he’s right. Because we all have an idea of how the character is to be already, and it’s a role that you come on stage and everybody’s supposed to react before you do anything. It’s difficult.”

Luckily for Pisaroni, he has backup. Understanding the musical eclecticism of the title character, Meister has worked with what he calls an amazing orchestra and chorus that can adapt to the repertoire, that take on “four different voices” to further dramatize Don Giovanni’s manipulative nature.

So who is Don Giovanni? There may not be a singular answer, but the subtleties in Mozart’s score have provided important clues as to the composer’s intentions, which may not have been revealed to an untrained ear. Now, with Meister at the helm of a cast deeply in love with Mozart’s masterpiece, there’s little doubt that new revelations are on the horizon. 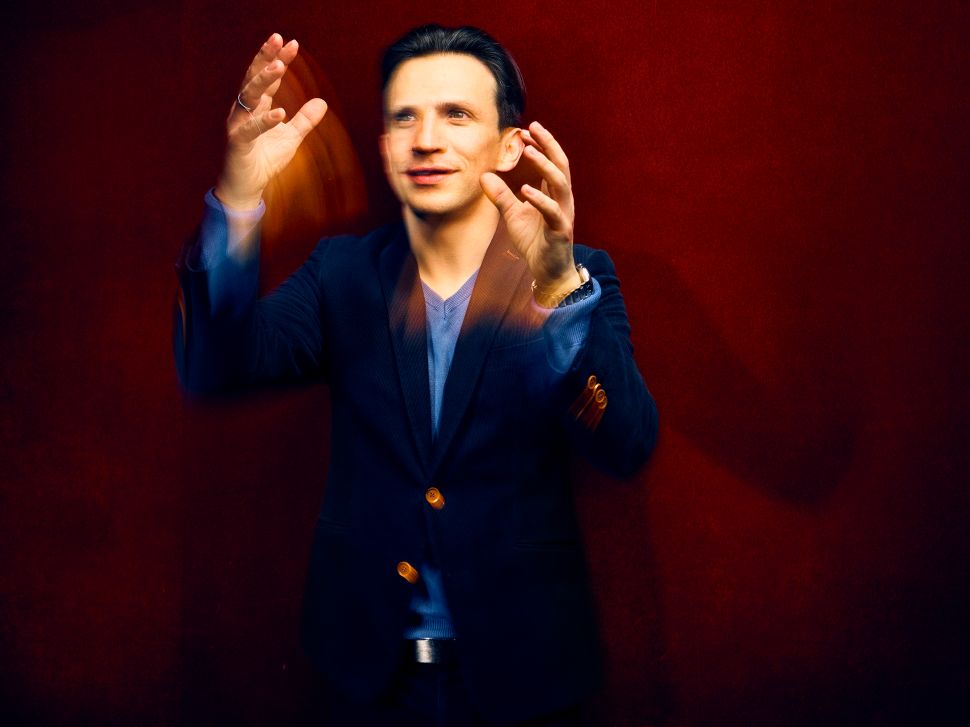